NewsPaperthe art of publishing
HomeNewsRob Slane: The wheel turns full circle. Now we are living behind...
8

Rob Slane: The wheel turns full circle. Now we are living behind the Iron Curtain 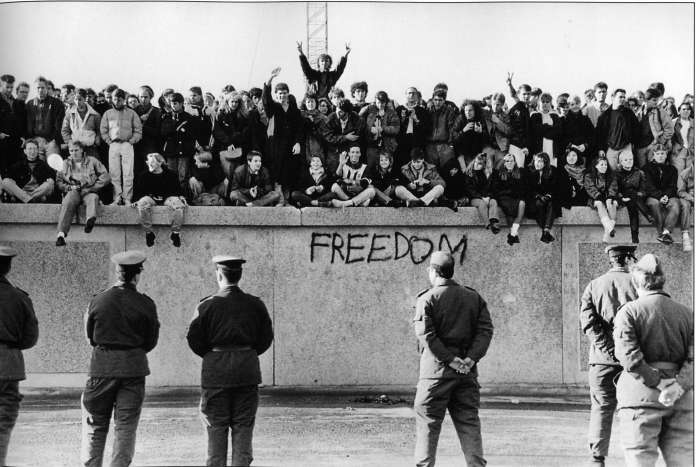 Growing up under Polish communism, one of the things that sticks out for my wife is the practice of having to “unlearn” some of the things she learnt at school. Often the official version of things collided with the actualité, and so needed some gentle challenging by her parents. This was done, however, on the strict understanding that these little factual corrections were to go no further than the four walls of their house, if you take my meaning.

For me, growing up in an England still warming its hands on the dying afterglow of a largely abandoned Christian heritage, I knew little of that sort of culture of suspicion, where authorities would twist the truth, we the people were expected to believe it, and those who didn’t accept the official version needed to pipe down. Its many imperfections notwithstanding, by and large, you could think what you wanted to think, and unless you deliberately set out to harm others, you had no need to bow to the opinions served up by the authorities, and no need to fear the authorities if you differed.

Those days have just about given up the ghost, and in the vacuum left by our rejection of our Christian moorings, a creeping totalitarianism has seeped in, indeed has already taken root. A culture of suspicion is growing, whereby the authorities don’t trust us, we don’t trust them, and it’s becoming harder and harder to know who we can trust.

One such example is the Government’s proposed Extremist Disruption Orders, which are ostensibly about “protecting us” from dangerous extremists, but which are broad enough to target anyone who doesn’t go along with the “authorised version”. Now comes another example from Camden Safeguarding Children Board (CSCB). They have recently produced a leaflet – Keeping Children and Young People Safe from Radicalisation and Extremism – the aim of which is to “help parents and carers recognise when their child may be at risk from radicalisation and where to get help if they are worried”. After defining extremism and radicalisation, the leaflet tells us that Britain is “a democratic country where the principles of tolerance and mutual respect for people of all faiths and beliefs is upheld by the law,” although it does fail to mention that this does not apply to the art of cake-making.

All pretty standard fare for organisations who love to tell parents how to parent, but then there are a couple of jaw-droppers under a section entitled What are the signs to look out for? They begin with some general signs that your teenager might be being radicalised, such as “out of character changes in dress and behaviour,” before moving on to what they say are more specific signs of radicalisation. Here are a couple:

Now all this presents me with somewhat of a problem, or at least it might do if I happened to live in the Borough of Camden. You see, I am what you might call deeply mistrustful of the mainstream media, and I’m also pretty peeved with government policies, especially foreign policy. Why so?

Quick illustration of each. It has recently been shown beyond reasonable doubt that the Turkish Government has been involved in the criminal enterprise of buying vast quantities of stolen Syrian and Iraqi oil from Islamic terrorists – including so-called Islamic State (Isis) and al-Nusra. In other words, Turkey – that’s “our ally” – is a state sponsor of terrorism. This is what might be called Big News. Huge News even. But the mainstream media, who I am not meant to mistrust, has either ignored the story, or dismissed it out of hand. Make of it what you will.

As for Government policy, well we have just witnessed the spectacle of our Prime Minister hanging much of his case to bomb a sovereign state without the permission of that sovereign state on there being 70,000 “moderate” orcs – sorry rebels – in Syria, something that it turns out the Ministry of Defence warned him not to say. But he said it anyway. Make of it what you will.

So what’s my problem then? Well it seems that under CSCB’s definition of specific signs of extremism and radicalisation, I have fallen foul of two of their criteria. Whether this means that I have myself been radicalised at some stage of my life, I really don’t know. How would I know? But perhaps if the council where I grew up had had the foresight to put out a similar leaflet in my youth, they could have helped my parents spot the telltale signs of extremism and radicalisation creeping in even then. Who knows, I might even now know or care nothing of Turkish funding of Islamists and I might have accepted “the 70,000” unquestioningly because the Government said it was so.

But the even bigger problem I have is how am I to stop my six children falling into extremism and radicalisation, especially since I am apparently a radical extremist myself? Even now there are signs that they are picking up my bad habits of not blindly accepting everything the media tell them or not approving of Government foreign policy, and I suppose the danger is that if I don’t put a stop to it now, before I know it they might start questioning all sorts of official narratives.

Fortunately, the authors of the Camden leaflet are on hand with some helpful suggestions including this gem:

“Help your child to be critically aware of what they see on the TV or the internet; encourage them to see different points of view and help them to develop tolerance for others.”

This could prove a little tricky though, for a couple of reasons. Firstly, we don’t own a television (undoubtedly another tell-tale sign of extremism), and so I don’t have that particular medium to help hone their critical awareness skills. But more fundamentally, how am I to get them to be “critically aware” of what they see on the internet news, and to see things from other viewpoints, whilst at the same time ensuring they don’t develop a “mistrust of mainstream media reports” or get “angry about government policies”?

I suppose what they must be getting at is that my role is to help them to develop a critical mindset towards non-mainstream media sources only, so that their thoughts are channelled towards accepting what the mainstream media and Government say. That’s what they mean by “critical awareness” and “seeing different points of view”, I think.

As you can appreciate, this won’t be easy, especially given my own extreme and radical propensity to doubt many of the official narratives we are fed. I guess I’ll either have to develop the kind of critical awareness that learns to accept all official narratives (see the last few pages of 1984 to see that this can be done), or increasingly I’ll just have to keep my doubts within our four walls. Just like in Poland.

Share
Facebook
Twitter
WhatsApp
Email
Previous articleLeslie Loftis: Americans carry guns to defend themselves against the State
Next articleJane Kelly: The liberal sky falls in on Trump. But his heretical views are endorsed from Japan to Hungary