NewsPaperthe art of publishing
HomeNewsRodrigo and the tragedy of transgenderism
0

Rodrigo and the tragedy of transgenderism 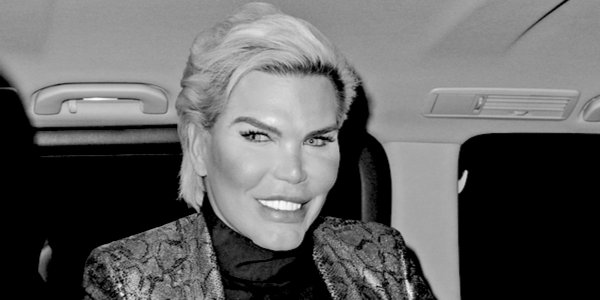 YOU know how we are all supposed to celebrate the new-found understanding, acceptance, tolerance and freedom that society’s embracing of trans-genderism brings? How, thanks to a major ongoing push from individuals, media, forward-looking corporations, pharmaceutical giants, global charities, and inter-governmental bodies, we are now allowed to be who we want to be, and to express ourselves in the way that feels most true to our inner selves? Transgenderism as the latest step in the progressive liberation of humanity?

Well, I am not buying it. Not one little bit.

I have a horrible feeling that transgenderism is taking us in precisely the wrong direction, harming individuals and harming society. Making us more alienated from ourselves and each other; ultimately more damaged and more lonely.

To try to explain this, I want to start with the simple question of what people want from life. I am not a psychotherapist, but my feeling is that, at core, after their basic needs for food, warmth, and shelter have been met, most people want two things. They want to be comfortable within themselves. And they want to be known and to be loved by others.  Beyond these, there may be many other things to which people aspire, but these are surely at our centre.

The problem that I have with transgenderism is that it makes these things harder. Because of its denial of biological sex, of scientific reality, it doesn’t enable people to feel more comfortable with themselves. If anything, it involves an ongoing relentless running away from themselves. And for the same reason, it makes it harder for people to be known and to be loved. For if you don’t accept and love yourself how can others love you? Is it not made harder? My feeling is that many people exploring the transgender route will wake up one day and realise that it has led only to more discomfort (quite often, real pain and physical discomfort) and to more loneliness.

I present a sad and extreme example here.

Rodrigo Alves was, until recently, known as the human Ken doll, after spending half a million pounds on various forms of surgery to look more manly. He had a fake ‘six-pack’ inserted into his torso and fake muscles in his arms. He says he has had more than 70 appearance-changing operations. (Who does this to other people?)

But now 36-year-old Rodrigo has discovered his inner femininity. He has had hormone injections to acquire ‘feminine hips’ and ‘wears a D-cup bra’. He has had ‘blonde hair extensions and fake eyelashes’ to ‘complete the glam look’.

Next steps include having a penile inversion and getting his testicles removed. He is going to have silicone breast implants. In a description I find hard to read, let alone imagine being inflicted on anyone I know or love, ‘After that, I’m having face feminisation surgery. It will be an incision at the top of my scalp, and through that the doctor will reshape my forehead, give me an eye lift, lip lift and middle face lift . . . I’m having my Adam’s apple removed, my jawline shaved and my chin modified.’ If you have a look at the pictures of the new Rodrigo (via the link above) you will see a sad and grotesque caricature of what it is to be a women. Note to Rodrigo and to all the people willing to participate in this travesty – this is not what 99.9 per cent of the world’s women look like or aspire to look like. This is not an image of a woman; it is an image of a fetishistic fantasy. My guess is that 99.9 per cent of the world’s men are not remotely attracted to it.

But Rodrigo says: ‘I’ll be able to wear dresses that show my cleavage and look sexy. I’m very excited.’

It seems to me that ultimately what Rodrigo craves is attention. And wanting attention is ultimately about wanting to be known and to be loved. But if Rodrigo is running from himself; looking less and less like himself; less and less like a human being even, so how will others know and love him? How will Rodrigo’s new look work when he is 50, 60, 70? How will it help him live a comfortable and accepting old age? I think we can all hazard a guess.

I don’t really understand how we fell into this situation where we are doing this to ourselves. Why is the Mirror reporting this story in glowing terms? According to the article, a German TV company filmed Rodrigo having his fake six-pack removed and the material inserted into his bum. Who films this and why? Who thinks it should be pushed out into people’s living rooms?

Is this what happens when so many of us believe that God is not here? Is this what we want to do to ourselves?

Do the pushers of woke culture actually want to improve people’s lives? Or is woke culture dedicated to tearing down all the institutions, the mores, all of humanity’s ancient collective wisdom that helped people to know themselves better and so also be known and to be loved? If you care for humanity, and for all the Rodrigos of this world seeking attention and surely love, it is pushback time.