NewsPaperthe art of publishing
HomeCulture WarsRoll over, Mozart – Stormzy’s on your case
42

Roll over, Mozart – Stormzy’s on your case 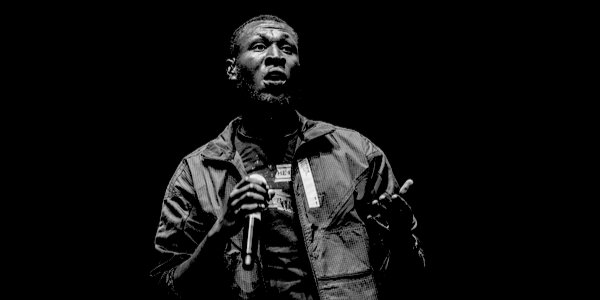 IN terms of ‘cultural capital’, do you realise that some people, especially the older generation, rate Mozart above Stormzy? The posh-boy Austrian who sucked up to the rich and powerful gets the nod over our very own British rapper boy and ‘Best Grime Act’ winner. Incredible, is it not? Ever on the side of the angels, the Guardian ‘newspaper’ has sounded an alarm, intended, it seems, to panic its readership.

A storming photograph of Stormzy at Glastonbury, emerging dramatically through illuminated smoke, heads the article. He is clad in a stab-proof vest paint-sprayed by Banksy on the front with a black and white Union Jack. The caption accompanying it in the hard copy of the newspaper – the staffroom copy – quotes what ‘one teacher wrote’: Cultural capital suggests white middle-class paternalism . . . looking down at Stormzy in favour of Mozart

The online version beefs up the authority of this opinion by moving from ‘one teacher’ to the plural ‘teachers’: Cultural capitalism can’t be measured, say teachers. Students bring their own – such as rapper Stormzy – and teachers can learn from them

What, you may ask, is all the fuss about? Why is there any need to set Stormzy against Mozart? The answer lies in Ofsted’s new inspection framework which requires inspectors to report on how far schools build pupils’ ‘cultural capital’.

The American educationalist, E D Hirsch, took up the cause in 1988 in his book Cultural Literacy: What Every American Needs to Know. As education secretary (2010-14), Michael Gove embraced Hirsch’s view. He wanted children from less privileged backgrounds to access the same cultural landmarks and knowledge as the middle classes.

I recall a conversation I had about history teaching in the 1990s with a leader of the black community in Lewisham, south London. He told me that he was concerned and upset about the history lessons the children in his community were being taught. This is a paraphrase of what he said:

‘Our black kids get a non-stop diet of slavery and deprivation, whereas the rich boys at Eton and Harrow get to know about Nelson and Wellington. They know the name and the story on the admiral on top of the column in Trafalgar Square. Our kids have not got a clue. How are they ever going to make progress in the professions if they do not even know the basic historical landmarks of their country?’

He had a point and it was such arguments that persuaded Gove to attempt a knowledge revival when he revised the National Curriculum. He wanted schools to become conduits for more social mobility and he wanted cultural literacy to be embedded in the curriculum.

He was far from successful, certainly when it came to history teaching. As part of the group advising him, I sat in wonder at his abject capitulation to the education establishment, ‘the Blob’. All the landmarks and personalities of British history are now ‘non-statutory’! ‘Statutory’ status is, however, afforded to topics such as Benin in West Africa and to Islamic history.

The new inspection framework does surrender to the Blob in key areas such as homework.

Over cultural literacy, however, it decided to launch a fightback. The educational establishment, though, is in no mood to give ground. It is in a confident mood having just trounced the government over school spending without even having to address the question of why schooling in the UK is so expensive compared with spending in most countries around the world.

The Guardian, helpfully, sets the tone for the debate over ‘cultural capital’. It quotes John Yandell, an associate professor of English at UCL Institute of Education, as opining that the very notion of Ofsted reporting on the ‘cultural capital’ added by schools in order to enhance social mobility is ‘extraordinarily naïve’. He laments any misplaced message given to pupils ‘about what is and what isn’t valuable: Jane Austen is, Chinua Achebe or Chimamanda Ngozi Adichie, not so much’.

Cambridge education professor Diane Reay chips in with a description of the new reporting requirement as ‘a crude, reductionist model of learning, both authoritarian and elitist’. Michael Young, professor of education at University College London, throws in his two pennies’ worth with the observation that ‘education cannot compensate for society’.

And just in case Guardian readers do not get the message, children’s author Juliet Mickelburgh is quoted as expressing a concern that ‘middle-class art forms, such as classical music, could be over-emphasised at the expense of, say, rap music’. ‘Is there a danger,’ she asks, ‘that working-class culture could be seen as inferior to middle-class culture?’

This brings us back to the relative merits of Mozart and Stormzy with this:

I have chosen a piece by Stormzy that I rather like. He is an outstanding performer and, in many ways, I believe, a decent man.

He may be talented but, unlike Mozart, he is not a genius and I suspect that he would agree. In our educational world of value-relativism, however, Stormzy does indeed match Mozart.

There is little differentiation in the arts and in the literature taught in schools these days between the great and the good, the good and the mediocre, the mediocre and the abysmal. All is relative. All opinions are equally valid. This philosophy becomes positively dangerous when it extends into classroom discussion on matters such as terrorism. Terrorists and their enemies have different but equally valid views.

Ofsted, along with our security services, has a duty to eradicate value-relativism in whatever form it appears but both are a long, long way from even understanding the full extent of the problem. We are in the middle of a kulturkampf and the momentum is with Stormzy, not with Mozart.

Share
Facebook
Twitter
WhatsApp
Email
Previous articleTen days that will shake the United Kingdom
Next articleBoris, phone Nigel. Meet in a boozer and make a deal