Roll up, roll up for Crazy Cathedral Capers 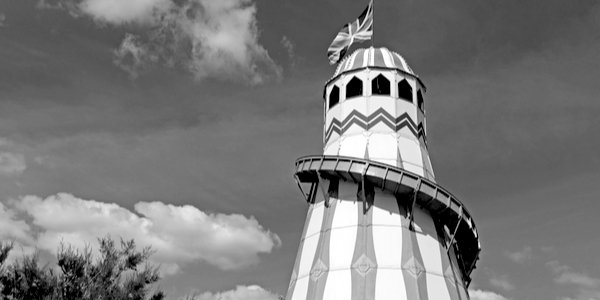 A BONKERS bishop delivers his sermon at Norwich Cathedral from half way up a helter skelter. The Rt Rev Jonathan Meyrick tells his flock that ‘God is a tourist attraction’. The mitred mountebank delivers a rendition of the Bee Gees song Words before zooming, arms raised in triumph, to the bottom of the brightly lit fairground attraction.

Meanwhile at Rochester Cathedral, they are playing crazy golf on a nine-hole course set up in the central aisle.

At Westminster Abbey, the Grand Mufti of Bosnia and Herzegovina reads from the Koran at a service of remembrance for Lord Ashdown, the amorous politician formerly known as Paddy Pantsdown.

And in Southwark Cathedral, half-naked models mince up and down the nave, which has been converted into a catwalk as part of London Fashion Week.

Tell you what, things have changed a fair bit since I were a lad singing All Things Bright and Beautiful at Sunday school.

To investigate the brave new world of the C of E, I decided to pay a visit to our local church, St James the Least of All. It was a salutary experience.

For a start, I had to park down the road because the entrance to the car park was blocked by a stand selling burgers, kebabs, mobile phone covers and candy-floss. An arrow on the side pointed: ‘This way to the dodgems’.

Forcing my way through a crowd of Big Issue sellers, I reached the church door – easily spotted thanks to a flashing sign, ‘God’s Motel – Vacancies’.

A person of indeterminate gender whom I took to be the vicar (the studded dog collar was a clue) greeted me with a wink and whispered: ‘Fancy a religious time, dearie? Or perhaps I could tell your fortune. Let’s pop into the vestry.’

To the left of me, a fully stocked bar offered a range of craft ales and cocktails – ‘Special Sunday offer, buy one Devil’s Kiss, get one free’.

Beneath the altar, a small group of parishioners were passing round an incense burner full of skunk while a video screen relayed the latest hits on MTV.

I fled back to my car to find it gone. A note stuck to a nearby lamppost read: ‘God helps those who help themselves. Amen.’