NewsPaperthe art of publishing
HomeNewsRory Stewart ‘too white, too posh’ to stand as London mayor
110

Rory Stewart ‘too white, too posh’ to stand as London mayor 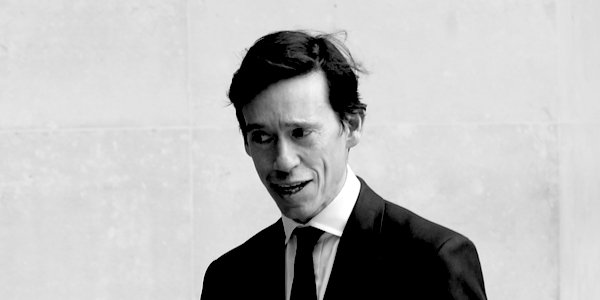 YESTERDAY morning Justin Webb on BBC Radio Four’s Today asked Rory Stewart: ‘You mention that you are proud of the diversity of the mayoral race in London; you are a white guy and an Old Etonian – it’s not really 2020, is it, really, to be challenging a black man who is the Conservative candidate and the Muslim mayor?’

Mr Webb’s question created a lot of anger on social media but was perfectly fair. This is how things are now, and things will become much more riven by identity politics in the future.

We are living through a revolution.

Like the politician he is, Mr Stewart replied: ‘You are absolutely right it is a fantastically diverse group of candidates which reflects a diverse city.’

‘And you are saying don’t elect them, elect a white Etonian,’ said Mr Webb, who was educated at a minor private school.

RS: ‘I’m definitely not saying that.’

JW: ‘It kind of is what you are saying, isn’t it, because you are standing?’

RS: ‘I am saying that you should not be voting for me on the basis of my ethnicity but on the basis of the fact that I feel that as an ex-cabinet minister, as someone who has run big projects internationally, as somebody who can get things done and has proved in government that I can turn things around.’

Mr Stewart is right but, until not long ago, it was not racist, sexist or Islamophobic to like having men from ‘old’ or ‘good families’ running things.

Think of Harold Macmillan in 1960 making his nephew by marriage, the Duke of Devonshire, Under-Secretary of State at the Commonwealth Office because: ‘Cavendishes are always good with natives.’

Something very important, I feel, is being lost.

England as a sometimes eccentric family, perhaps, that likes to do some things the way they were always done.

Share
Facebook
Twitter
WhatsApp
Email
Previous articleEditor’s pick of the week: Read and be uplifted
Next articleReaders’ comments: Is Justin Webb a hypocrite or merely a twerp?