NewsPaperthe art of publishing
HomeNewsRun for the Brexits, Gordon is risen from the grave
56

Run for the Brexits, Gordon is risen from the grave 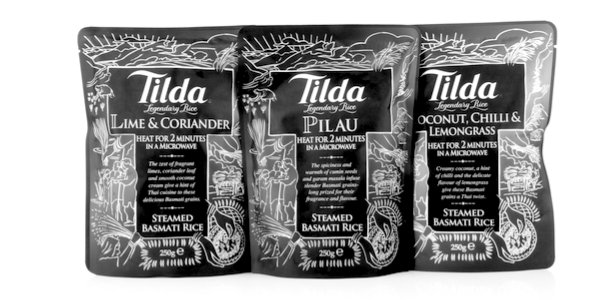 When David Miliband resigned as MP for South Shields, he selflessly traded his Tyneside constituency for New York and, as head of the International Rescue Committee, a reported salary of $600,000. In his capacity as an aid worker, the altruistic Miliband recently dashed back to Blighty to bolster the emergency effort intended to avert Brexit and steer the country to what he calls a ‘safe harbour’. Sharing a platform with Nick Clegg and Nicky Morgan, surrounded by innumerable packets of their host’s branded product, Miliband’s intervention will certainly achieve one thing: millions of Leave voters, already frustrated and further infuriated by that unholy trinity of EU-devotees, will never again buy a packet of Tilda rice.

Before morphing into the celebrated humanitarian that he is today, David Miliband was once seen as a nakedly ambitious politician scheming to be Labour leader. When Foreign Secretary, he was generally assumed to have been the target of the ‘no time for a novice’ putdown delivered at party conference by Prime Minister Gordon Brown. A decade on, and following Miliband’s latest renascence, according to recent reports Brown will himself be the next political corpse exhumed as a cheerleader for Brexit-blocking.

Gordon Brown has already made abundantly clear his contempt for the 2016 vote. In the disingenuous manner typical of arch-Remainers, last November Brown told the BBC: ‘I would not try to tell people they were wrong’, before proceeding to forecast that ‘new evidence’ would in due course provide ‘scope for a reassessment’. Leave voters were bluntly told to forget their aspirations: ‘We will not have proper control of our borders, we will not have control of our money, we will be paying loads of money to the European Union, we will not have proper control of our courts because we will still be governed in many ways by the European Court of Justice.’ All of which is, of course, looking increasingly likely, but only because the political class and civil service will not countenance a clean break from their cherished EU.

It remains to be seen if, how and when this forecast of further anti-Brexit activism by Gordon Brown manifests itself. In the meantime, perhaps as a taster, the Southbank Centre in London advertises that ‘Britain’s future with Europe’ will be one of the matters addressed when on June 5 it stages An Evening with Gordon Brown – a prospect which much of the public will regard not as a welcome invitation but more a menacing threat. Unsurprisingly, tickets for the 900-seat venue remain available. (Since you ask, £15 to £25, concessions less 25 per cent.)

In fairness, Brown’s friends claim that in private he is a different character: ‘affable, friendly and gregarious’, is the assessment of J K Rowling, the well-known writer of fiction. Others, though, hold a less benevolent view of a notoriously sulphurous man. Leo McKinstry, a parliamentary aide during the rise of New Labour in the early 1990s, found him ‘by far the rudest, most unpleasant politician I had to deal with’, and ‘one of the most spiteful, neurotic, vicious and paranoid bullies ever to rise to the top of British politics’ – a testimonial which is unlikely to feature in the Southbank event’s promotional blurb.

Coinciding with the appearance in paperback of his memoir My Life, Our Times (no, me neither), the Southbank audience is promised ‘candid conversation . . . a behind-the-scenes account of the key events that have shaped our times’. Obviously this would be best achieved by an experienced political interviewer. In this case, however, the ‘personal and probing questions’ will come from, er, Mrs Sarah Brown, who previously at a party conference introduced her husband as ‘my hero’. One hopes the interview will be less idolatrous than that conference warm-up and more profound than a kitchen table discussion chez Brown; nevertheless, it would be unrealistic to expect a critical interrogation of his time as both Chancellor and PM.

A runaway national debt; byzantine tax and welfare systems intended to create a client state; carefree use of Private Finance Initiatives that will burden future generations; unprecedented levels of immigration which, to the end, Gordon Brown insisted was ‘not out of control’ . . . add your own complaints to the charge sheet, but do not expect Brown’s wife to carry out a forensic cross-examination. Which is a missed opportunity, because it would be instructive to learn why a man who for so long coveted the top job was, when the time came, woefully ill-prepared and temperamentally unsuited to the task.

The on-stage marital chat is unlikely to include much levity from a man whose forced grin was described by John Prescott as ‘the worst bloody smile in the world’. Public humour by glowering Gordon tended to be unintentional: his infamous slip of the tongue while at the despatch box, ‘We not only saved the world . . . ’ was notable only because he had no deft quip with which to acknowledge the solecism; it was his ploughing on, in evident fury, that made it funny. Also inadvertently amusing was his reaction to the forced resignation of henchman and smear-merchant Damian McBride: ‘I take full responsibility for what happened – that’s why the person who was responsible went immediately.’

Not that there is much at the moment to make Leave voters smile, as the Government’s red lines continue to blur and the continuity Remainers become increasingly emboldened. Before the referendum Gordon Brown put out a book described as ‘the patriotic case for remaining in Europe’, titled Britain: Leading, Not Leaving. But the UK has never led the direction of the EU, which is why so many Brits want out; and if Gordon Brown and other Brexit-blockers ultimately get their way, nor will we ever properly leave.