NewsPaperthe art of publishing
HomeNewsRussell Brand – I am a convert!
345

Russell Brand – I am a convert! 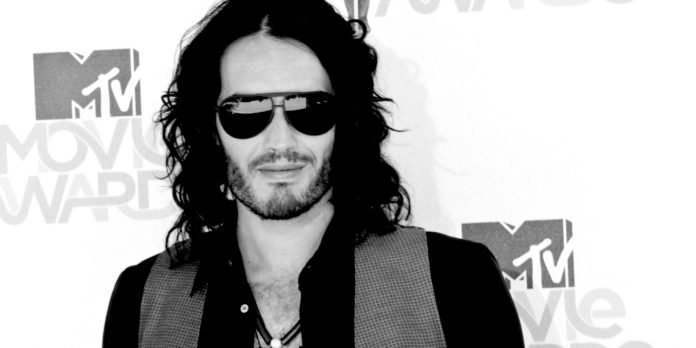 THE world is in flux. Men are women, women are men. Conspiracy theories are true, the ‘truth’ is a conspiracy. Perhaps most alarmingly of all, Russell Brand is beginning to talk sense.

I was certainly no fan of his for many years. I suspected his flowery language a thin veneer for various degrees of sophistry. His being vocally and often aggressively on ‘the left’ was the root of much of my displeasure. His Question Time appearance, when he called Nigel Farage a ‘pound shop Enoch Powell’, cemented my opinion.

Yet we live in strange times. No longer are people divided by left and right. Instead, the dividing line is between those who swallow wholesale the narrative fed to them by self-appointed ‘experts’ and who willingly surrender their freedom and liberty, and those who question what they see and refuse blindly to believe.

Many members of that second group find themselves with strange bedfellows. That we had more in common than we had previously assumed is, one hopes, a lesson we will all learn.

While I do not share many of Brand’s opinions, he is, at least, asking sincere questions and poking holes in ‘truths’ that are elsewhere accepted unquestioningly. The obedient, sheep-like quality of so much of the media is a frequent target of his, as is the undue influence of a small cadre of the hyper-rich and ideologically driven who increasingly decide every aspect of our lives without any accountability and for whom there is no democratic means of removing.

He bemoans the degradation of our culture into a narcissistic soup, where the vulgar trivialities of celebrity court cases are given greater weight than the greatest issues facing society, for example, his extremely funny commentary on the Depp-Heard court case (warning: language). He questions the black-and-whiteness of the war in Ukraine, voicing alarm at the near-universal desire to pour fuel on the flames of conflict. He rails against the excessive influence of a certain computer programmer-cum-God of the Universe, whose pronouncements on pandemics and vaccines stand to become unassailable law.

Undoubtedly the Venn Diagrams of politics, culture and economics have shifted irrevocably in the last few years. The power grabs, the lies and the fundamental violation of body and spirit that have been pushed by governments, media and corporations across the Western world have seen to that. It has taken such violent ruptures to open the eyes of many, and to make them question just what on earth is going on.

And so here we find ourselves. Hopefully, one day, we can return to those halcyon days where we argued about nothing. Yet there is going to be much difficulty on the road ahead, and on that journey we are lucky to be in the company of those willing to question, to learn, to engage sincerely, and, crucially, to prod the hornets’ nest.

Mr Brand, I am a convert.

This appears in Frederick’s Newsletter and is republished by kind permission.