‘Safe’ Carnival and the case of Inspector Pyle’s bottom 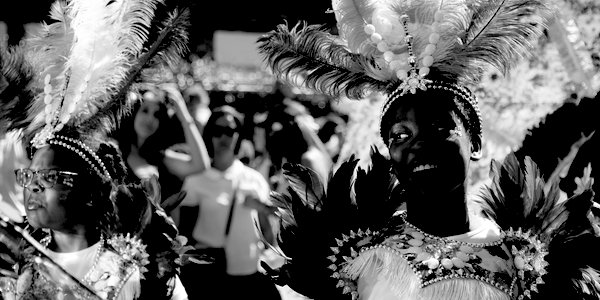 The Carnival is over. The 2018 Notting Hill Carnival, that is, which Scotland Yard has hailed a ‘safe and spectacular’ success, even though police commander Dave Musker did concede that Monday evening had been ‘marred’ by a non-fatal stabbing.

That aside, it is gratifying to learn that Scotland Yard declared the event to be ‘safe’, which presumably means there must have been a massive reduction in crime committed? Er, no: the number of arrests actually was up, from 313 in 2017 to 373 during the latest August bank holiday jamboree.

Incidentally, this tally for 2018 includes 133 arrests on Sunday’s ‘family day’, during which one horrified mother is quoted as having witnessed ‘drugs being sold freely’ and ‘people having sex in the street’. Drug dealing and alfresco copulation do seem to stretch the definition of family entertainment.

Ah, but perhaps the increased number of arrests was attributable to police having introduced screening arches and toughened their search powers under Section 60 Orders;  might the figures therefore be indicative of more serious offences having been prevented?

Possibly, although not only did police seizures still include an array of knives, acid and a taser, officers were reported to have been ‘bitten, spat at and assaulted’, with thirty police said to have been ‘injured in the line of duty’.

‘Safe and spectacular’, did the commander say? Faced with the daunting task of trying to control this annual crime-fest, we salute the courage of individual officers. For 2018, special commendation therefore is due to Inspector Owen Pyle, which really is the name of a serving officer and not, contrary to expectation, a satirical character – although at first glance the boyish face beneath the peaked cap does passingly resemble the phizog of Owen’s namesake Mr Jones in fancy dress.

The day after the event ended, brave Inspector Pyle tweeted of his heroism as part of the thin blue line: ‘While dealing with an incident at Carnival yesterday a woman thought it’d be funny to slap my bum. She soon regretted it when I arrested her. I don’t come to work to be sexually assaulted while doing my job. That kind of behaviour is unacceptable.’

While dealing with an incident at Carnival yesterday a woman thought it'd be funny to slap my bum. She soon regretted it when I arrested her. ? I don't come to work to be sexually assaulted while doing my job. That kind of behaviour is unacceptable.

Inspector Jones – sorry, Pyle – continued: ‘I think alcohol played a part to be honest. But we need to be robust in dealing with people who think it’s ok to do that.’

Exactly! I think alcohol played a part tbh ?. But we need to be robust in dealing with people who think it's ok to do that.

Yes, of course no one, whether police officer or civilian, should receive an unwanted spank. But seriously: amidst the mayhem that evidently was occurring yet again on the streets of west London, why on earth did a (frighteningly) senior police officer not only arrest this miscreant but also, in tweets of ocean-going pomposity, brag on social media of having done so? For London bobby Inspector Pyle, indulging his personal #MeToo moment presumably is much easier than curbing violent crime which is already out of control in an increasingly lawless city.

If having an over-exuberant reveller place her hand on his bottom is the worst that befell this snowflake-in-uniform during the bank holiday weekend, then perhaps the Notting Hill Carnival is indeed, in the complacent words of Commander Musker, ‘safe and spectacular’.

Spectacular, perhaps; but safe, emphatically not, and as ever it is difficult to imagine that any other street event annually attracting such criminality would be allowed to continue.

In 2017 there was an interesting contrast when, a few weeks after there had been 313 arrests and 28 injured police officers in Notting Hill, almost 20,000 supporters of FC Cologne, most of them without tickets, came over for the German club’s match against Arsenal. Media reports were of pandemonium in central and north London; yet there were only five arrests for public order offences and, compared with the Notting Hill Carnival, last September’s German invasion had the impact of a vicarage tea party.

Nonetheless, at the time political pundit and Remainer Robert Peston was moved to tweet: ‘These Cologne fans are a disgrace . . . my European solidarity being tested.’

These Cologne fans are a disgrace. Nazi salutes. Peeing in doorsteps. My European solidarity being tested

Who knew that this arch-Leftie was so resolute on matters of law and order? We therefore await Pesto’s similar denunciation of the latest transgressions in west London, along with an admission that the criminality endemic to the Notting Hill Carnival has shaken his faith in multiculturalism.