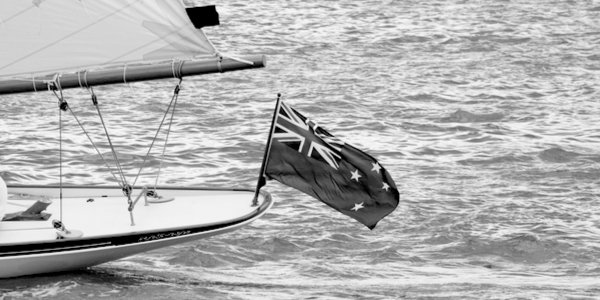 Hundreds have been camped out on Parliament grounds in Wellington for the past ten days. More have been arriving every day and streets in the capital have been closed.

Coutts, 59, an Olympic gold medallist and five-times winner of the America’s Cup, revealed his plans in a Facebook post. He said: ‘I’m heading to Wellington next week to join the protest. It’s the first time I’ve ever felt compelled to join a protest. I’m not anti-vaccine (I’m vaccinated) but I’m definitely against forced vaccinations.

‘I’m also strongly opposed to the ever-increasing erosion of our human rights and the growing limitations on our freedom of choice. I believe in having the freedom to be able to question so-called “expert” opinion.

‘I’m against discrimination and the “them and us” society that is being promoted by our current political leaders. I’m against creating different rights, laws and privileges based on Race.

‘I’m also against the irrational Covid rules that are currently being mandated in New Zealand, a few examples being:

‘The 10-day quarantine that still remains for international travel.

‘The absurd rules that prohibit two young unvaccinated brothers, living in the same household, from sailing together in a sailing competition because they would be within two metres of each other while sailing their boat.

‘The rules that require one to put on a mask to walk to and from the bathroom inside a restaurant when masks have already been removed while eating and drinking.

‘The contradictory rules that allow unvaccinated people to take a domestic flight (with a negative Covid test) but prohibit a young unvaccinated kid from competing in their sport (outside school).

‘The fact that our kids are forced to wear masks at school (even when it’s well known that the surgical masks most of them are wearing are highly ineffective).

‘Finally and perhaps most important, I’m against the fact that some of our mainstream media have received payment from the New Zealand government conditional on them promoting government policy, propaganda and spin.

‘So yes, I’ll be joining the protest in Wellington.’

God speed, Sir Russell – may you take the wind out of Jacinda’s sails!