Salt – the answer to our energy needs 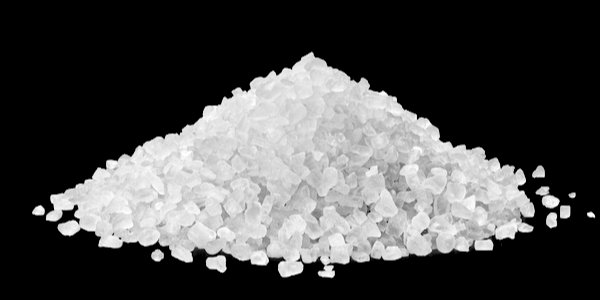 IN theory, the Government’s target of being net 100 per cent carbon neutral by 2050 is exemplary. In practice it is not achievable unless existing coal and gas-fired power stations are replaced by other sources of electricity generation and major changes in infrastructure. The cost is, however, unknown. The Government has not produced an update of its 2014 estimates of the impact on prices of its energy and climate policies. The National Grid has produced two future energy scenarios but there are no cost estimates. A recent study by two power systems experts projects that electricity costs will triple under both scenarios (which are heavily reliant on wind and other renewables). There are unanswered questions about back-up for when there is little wind and no sun. Hydrogen as a replacement for gas for home heating cannot currently be produced cheaply. It also needs a major investment in infrastructure. Comprehensive retrofitting all homes to a high level of insulation would cost more than £72,000 per household.

Nuclear power is the best way forward. The Government is already considering some additional major investments in conventional nuclear power. However, there are other forms of nuclear power. Nuclear fusion is as far off and as expensive as ever. A major international co-operative effort known as ITER will cost between $22billion and $65billion. Even if successful, the earliest date for a small demo plant will be well after 2040. But molten salt reactors are much closer to realisation, are much safer and cost far less.

Apart from a major cost advantage, there are other benefits of molten salt reactors. They are much safer (they operate at low pressures) and they produce less radioactivity and with a much shorter half-life. Those designed as small modular reactors are deliverable by road.

They could also be mounted on special barges, towed and moored close to where electricity is needed and then linked to the grid.

The molten salt reactors under development fall into two distinct categories. The first category represents reactors mainly based on the original successful Oak Ridge National Laboratories experiment which ran for over 17,000 hours. Molten salt reactor projects in Canada, the USA and China use variations of this design. A joint UK/Canadian project is in a category of its own. This design uses a mixture of salt and spent nuclear fuel (contained in conventional fuel rods) in sufficient quantities for a sustaining nuclear fission reaction to occur. The heat is transferred to a coolant salt, heating it to 600 deg C. This molten salt is pumped via a heat exchanger to create steam which drives a conventional steam turbine to produce electricity. Because of the simple design and low pressure, it is likely to meet full regulatory approval at least cost. First-of-a-kind molten salt reactors should typically take three to four years to construct after regulatory approval.

There is a danger that the UK, which desperately needs additional nuclear power capacity, will be faced by a situation like that of Huawei and 5G. That is, we will end up having to buy from other countries the technology we need to produce low-cost nuclear powered electricity because the only UK-based nuclear technology is not cost effective.

What is needed instead is an exceptionally large increase in the support the UK Government gives to any UK firm developing molten salt reactors as a big step to achieving this country’s objective of zero carbon at an acceptable cost. This would be a far better use of resources than any funding that goes to expensive and technically challenging research into nuclear fusion.

Regrettably, the USA, Canada, China and Indonesia all seem to be giving strong support to molten salt reactors whilst the UK Government appears to be dragging its feet and is falling behind other nations.