NewsPaperthe art of publishing
HomeNewsSalute the wimmin in black
40

Salute the wimmin in black 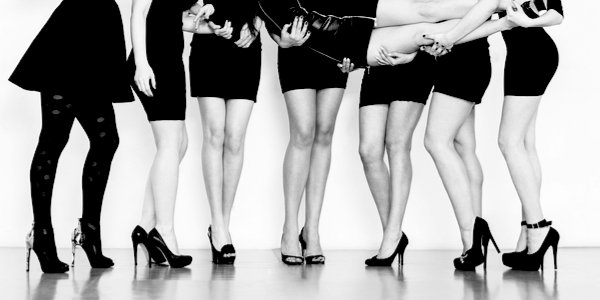 In Iran, women are risking their lives by posting pictures of themselves throwing aside the hijab and presenting their faces to the world in a bold challenge to their oppressive government.

But let us salute the true feminist icons of 2018.

First the Pussyhat Marchers, taking to the streets across the world in pink knitted titfers to empower women.

And most of all the brave Hollywood actresses making the ultimate sacrifice. At the weekend’s Golden Globes, the forthcoming Oscars ceremony and elsewhere, these doughty dames are sticking it to the patriarchy the only way they know how. Yes, by wearing black.

The outfits might plunge to the waist, cling to the curves and generally flatter the figure in the way only a little black dress can.

But nothing could be calculated to shame the Weinsteins of this world more than a monochrome frock.

Fashism really is changing the world, one statement outfit at a time.

I hope those whingeing Iranian women are taking notice, with their silly protests against the Corbyn approved government.

Maybe if they wore Pussy Hijabs, people would take them more seriously.

The noble stand by their peers in Hollywood certainly puts the so-called bravery of those Iranian women into context.

As the great sage Lily Allen might say, these women would have been oppressed anyway, so what’s the difference?