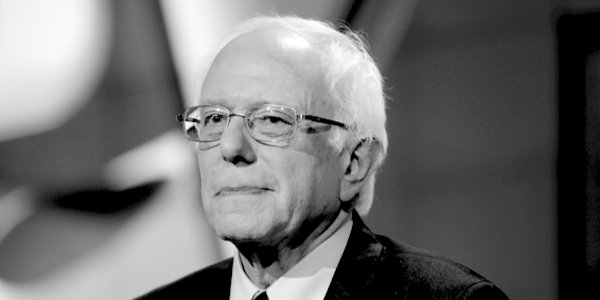 AFTER the farcical Iowa caucus, in which the Democratic Party demonstrated an inability to manage even an app, all eyes were on the New Hampshire results this week.

Sanders is rapidly emerging as the favoured Democratic presidential candidate. Born in Brooklyn to Jewish immigrants from Eastern Europe, Sanders has been part of the US political scenery since 1971. He was first elected to the US House of Representatives in 1990, the first independent in 40 years. He served there until he won a seat in the Senate in 2007. During that campaign, a younger Barack Obama stumped for him. In 2016 he ran unsuccessfully for the Democratic nomination for president.

Sanders describes himself as a ‘democratic socialist’. This innocuous term belies the far-Left ideology which epitomises his politics – too often a politics of envy and a disdain for his own country. This is a man who harbours sympathies and admiration for communist regimes.

His candidacy manifesto reads like a combination of a socialist newspaper and a student union pledge. Punitive taxes for middle-class earners, mass nationalisation of industry, destructive green policies and ‘free everything’ form the core of his agenda and spending plans that would cost trillions of dollars.

Heavy on open borders and uncontrolled immigration and light on security and logic, this manifesto will appeal to the growing far-Left support base in the Democratic Party.

Sanders wants to radicalise the US economy. The linguistic similarity between his Green New Deal and Franklin D Roosevelt’s New Deal in the 1930s could appeal to some. But the US isn’t going through a period of economic hardship of the sort which warranted the implementation of Roosevelt’s radical plans. How many voters have the stomach to see their economy turned upside down after thriving under President Donald Trump?

The US certainly has its problems. Income inequality and pernicious medical bankruptcy are real menaces. But how many Americans will be willing to see their health system turned into a form of socialised medicine? Will they want to hand over control of the economy to Sanders-controlled big government?

Sanders, like so many on the Left, is part of the establishment. Lacking any awareness, his supporters claim that he is going to take on the establishment. Nina Turner, national co-chair for Sanders’s presidential campaign, tweeted that ‘we’re taking on the Billionaires’.

Only time will tell if this ‘eat the rich’ bravado will pay off.

The parallels between the UK’s Labour Party and the Democrats grow closer daily. It beggars belief that Sanders’s advisers have not yet looked across the pond and taken note that Labour’s race-baiting and divisive identity politics helped cost them the general election in December. Much has been made, too, about the similarities between Sanders and Jeremy Corbyn.

Both were obscure politicians who had a rapid trajectory to the front lines of their respective parties. Both are older men who promote socialism to various degrees, dislike Israel and embrace Islamists as their ‘friends’. Social media movements have propelled them forward. ‘Berni’s Bros’ are similar to Momentum in purpose and tactics. And like Corbyn, Sanders thought that holidaying in the USSR would be romantic, calling into question the judgment and loyalty to their own countries of both men.

But Sanders is far cleverer and a more accomplished politician than Corbyn. He is also the right kind of Jew for the hard Left – anti-Israel and an appeaser of Iran. Only recently has Sanders invoked his Jewish heritage as a means to attack Trump and Israel.

Sanders is seemingly not anti-Semitic but he is an enabler of this hatred in his party, which shows an ugly side to him.

I have written several times on the Corbynisation of the Democrats and shown how Representatives Alexandria Ocasio-Cortez, Ilhan Omar and Rashida Tlaib have made their party a haven for anti-Semites. Unsurprisingly, together with professional race-baiter Linda Sarsour, the terrible trio support Sanders, and are, in turn, embraced by him.

Anti-Semitism is a calling card to malcontents, Islamists, socialists, anarchists and cranks. And Bernie fever is catching on. Under Sanders the party would turn into a pressure group beset with divisiveness and in-fighting, encapsulated by Tlaib’s recent booing of Hilary Clinton at the Iowa hustings. This type of behaviour may put off some Democratic voters.

Now that Andrew Yang has pulled out of the race it is yet to be seen if his ‘Yang Gang’ gravitate to Sanders, as other young voters and Hispanics have. Or will they support the more moderate candidates such as the popular Pete Buttigieg, the bland Senator Amy Klobuchar or Michael Bloomberg, the former NYC successful mayor touted as the emerging dark horse? All have similar manifestos and are singing from the same woke hymn sheet so it is difficult to predict who has the winning formula.

For now all we can do is speculate on Sanders’s chances. Will he be another Corbyn, bigged up by his supporters, only to deflate when it matters? It should be clearer who the Democratic front runner will be after the Super Tuesday primary on March 3. If Sanders wins the Democratic nomination he will either destroy his party, or lead it to victory and the death of the US as we know it.