Sarah Palin – too hot for the Left to handle 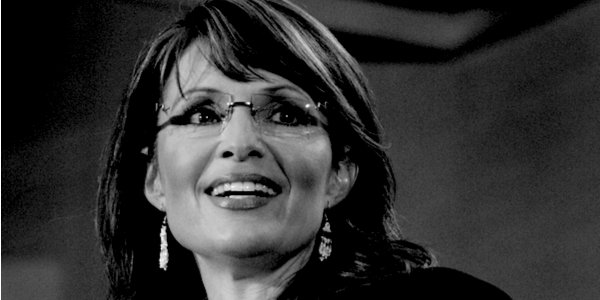 According to the Sunday Times, ‘a wave of women will be running for Congress for the first time in the November mid-term elections’.

Many indeed are predicting that a Blue Democrat wave will wipe out the GOP in the mid-term polls.

However, it is worth reminding ourselves of the Republican politician who was the real deal, long before Hillary ‘my husband is president’ Clinton and this latest wave of female candidates came along.

She was Sarah Palin, who was John McCain’s running mate in 2008 against Saint Barack Obama. Before she came to national prominence she was the ninth Governor of Alaska, from December 2006 to July 2009, the youngest person and the first woman to be elected to that office.

Before that Palin was chair of the Alaska Oil and Gas Conservation Commission, and previous to that Mayor of Wasilla. She began her political career in 1992 as a member of the Wasilla City Council. In other words, she had significant administrative and political experience before being picked as McCain’s running mate.

Once Palin was put on the Presidential ticket with McCain, however, the Leftist media monster unleashed wave upon wave of attacks, relentlessly portraying her as an incompetent idiot. They didn’t go after her for her conservatism. No, they made her out to be a ditz and a dimwit instead. Not even her family were off limits.

The stinking hypocrisy of the Leftist media, who make out that they always want more women in politics, was laid bare in that election. It was an ugly spectacle indeed.

So, I watched this interview between Sarah Palin and Mark Levin with interest. How Palin was destroyed in that election all came back, but she proves herself to be an intelligent and thoughtful woman.

While all presidential and vice-presidential candidates should be subject to close examination, the vitriol heaped upon the head of Palin by the Left should not be forgotten. It would be denounced as sexist had conservative media done the same to a progressive woman. This fiscal and social conservative politician with her pro-life views was just too hot to handle and had to be destroyed.