NewsPaperthe art of publishing
HomeNewsSaturday Essay: Is Britain becoming Third World, or are we already there?
0

Saturday Essay: Is Britain becoming Third World, or are we already there? 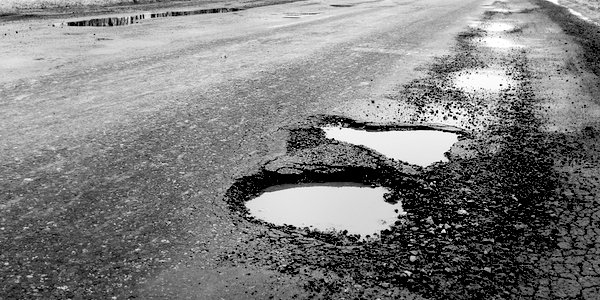 I couldn’t help noticing that several TCW writers have been driven recently to comparing the UK to a ‘banana republic’ and even ‘this decaying land’. You could argue that Britain has been in a state of gradual decline since 1945, but things seem to be speeding up. It was Hemingway who, in The Sun Also Rises, described going bankrupt as ‘at first slowly, then suddenly’. And the economist Dornbusch said (of the 1990 Mexico crisis): ‘The crisis takes a much longer time coming than you think, and then it happens much faster than you thought.’

Is it possible that Britain is now reaching that tipping point?

Writer Charles Hugh Smith has reluctantly come to admit that the USA is now a Third World nation, and he lists nine criteria which indicate this. OK, he is talking about America. But as I read his list on his OfTwoMinds blog and his explanations, I couldn’t help making a comparison with the UK. And it was a very depressing experience.

Maybe we’re not Third World just yet, but the seeds of danger look well sown already. This is his list.

Ownership of stocks and other assets is highly concentrated in entrenched elites.

In the 1980s, Margaret Thatcher set out to extend share ownership more widely. Remember Sid and British Gas? But after an initial rise, individual share ownership has declined to just 11 per cent of the total value of UK traded shares. So who does own UK companies? According to the Office for National Statistics, of the shares in companies domiciled in the UK, 54 per cent are owned by foreigners and fund managers. Overall, the richest 10 per cent of the UK population own 56 per cent of all financial, and 54 per cent of all pension, wealth.

The infrastructure of the nation used by the many is poorly maintained and costly to operate.

Smith observes that entrenched elites in America routinely plunder state and federal funding to pad their payrolls and pensions. Same here. Road and rail maintenance, parks and libraries, refuse disposal, not to mention schools, hospitals, and police, are increasingly denied funds, while pension entitlements and management salaries soar into the stratosphere.

More than 40,000 miles of UK roads could become unusable within five years because councils face a £556million shortfall in funding.

Potholes are a national embarrassment, with regular damage to vehicles sending insurance premiums soaring. They can even be life-threatening. Last year Ralph Brazier was riding with the Twickenham Cycling Club when he hit a 6in deep pothole. He was thrown off his bike and died. The council had been warned about the pothole but ‘shoddy’ repairs broke up almost at once.

The rail network is decaying. There are constant signalling failures, whether due to poor maintenance or copper theft, at the same time as fares, especially for season tickets, are soaring, and trains are massively overcrowded. It is reaching the stage where commuting into London is becoming unaffordable, and frequently intolerable. Meanwhile ministerial cars, expense-account taxis and business-class flights are the prerogative of our illustrious leaders.

Where to start? Clement Attlee, having visited Buckingham Palace to accept his appointment as Prime Minister in 1945, went home by bus. It is now common for the elites to travel the short distance from Downing Street to Parliament by chauffeur-driven limo, with security in attendance. And when did a government minister, or a corporate CEO, last get on an NHS waiting list?

Education is the classic. Grammar schools – the single most effective route ever for social mobility – were shut down in favour of comprehensives. Now we have the grotesque example, among many, of Baroness Chakrabarti, never elected but appointed, declaiming ‘grammar schools bad, comprehensive schools good’ while sending her child to the independent Dulwich College (fees £39,480 per annum).

The elites fund lavish monuments to their own glory disguised as civic or national pride.

As Smith describes, grand projects in the US take precedence over the routine maintenance of essential infrastructure, which gradually decays.

A British example was the Millennium Dome, which failed to attract visitors, and costs spiralled out of all reason. According to the National Audit Office, the total cost at liquidation was £789million. (And that’s what they admit to.) All that, for a big tent. The London Olympics 2012 cost at least three times the initial budget of £2.4billion. And how was it funded? Total public-sector funding was over £9billion, of which £6.25billion came from central government. That leaves all the rest – lottery, sponsorship, IOC, et al – contributing less than a third of total costs. Thanks, UK taxpayers. And don’t forget those Zil lanes for all the elites’ limos.

So to the Palace of Westminster. Remember Derry Irvine and his renewal of the Pugin wallpaper. A recent report suggests it could take 32 years and cost £5.7billion. Given the Dome and Olympic experiences, a prudent accountant might feel the need to multiply all this by a factor of three.

There are two classes that interact only in strictly controlled ways.

And they are massively polarised. The immensely rich, plus the entitled elites in government, institutions and corporations. Then the rest of us.

Cartels and quasi-monopolies are parasitically extracting the wealth of the nation for their elite owners and managers.

It’s the same in the UK. Every key institution is controlled by cartels or quasi-monopolies, which serve the few via parasitic exploitation of the powerless.

The elites use extreme violence and repressive powers to suppress, marginalise, and/or destroy any dissent.

This one’s a corker. Laura Perrins has done us all a great service by highlighting the truth-sayers being punished by government. The Irish bakers, the Canadian senior student, and now the doctor whose contract has been terminated by the NHS for daring to suggest that sex is biologically defined and not a lifestyle choice. But then, he is a Christian.

I gave up driving a car because the local authorities were out to get me. Several traffic violations – costing me hundreds of pounds – but posing no risk to the public whatsoever. (For example, driving through a bus lane at four o’clock in the morning when there was no traffic). And HMRC – if they get it wrong, it’s your fault and you have to pay.

The well-paid factotums, bureaucrats, technocrat lackeys and enforcers, who fatten their own skims and pensions at the expense of the public, and slavishly serve the interests of the entrenched elites, embrace the delusion that they’re wealthy, and the system is working great.

I think we’ve been through all this, but still the public-sector minions reckon they’re doing a great job. Regular people can see this for what it’s worth. As well as the cost of all those overpaid NHS managers, vice-chancellors, MPs, Lords, Spads and civil servants who seem to achieve absolutely nothing that the electorate actually vote for. While Britain has been in the EU, these people have had little to do other than follow instructions. But the salaries, ministerial cars, expenses, pensions – all are there to ensure compliance.

I’m sure you can all come up with a myriad other examples of these criteria already embedded in the workings of the UK. We may not yet be at the tipping point as outlined by Smith, but the signals are so alarming, it seems to me the time has come where ‘something must be done’. We can only hope it isn’t already too late.

But who will get that ‘something’ started?