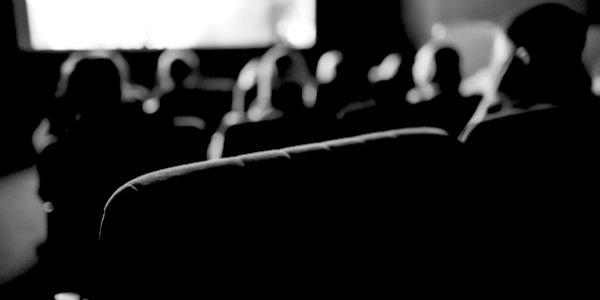 ON this day 65 or so years ago, you’d have found me – and perhaps a million other children throughout Britain – delightedly cramming into the Saturday morning pictures.

Few families round our way had televisions (and there wasn’t much on the box for kids anyhow) so those cinema matinees were the highlight of the week.

It cost only about sixpence for three hours of heaven in the form of cartoons, feature films, adventure stories, potboiler serials and perhaps the odd semi-educational feature or public information film.

Just as there was a pub on every corner in the late 1950s and early 1960s, the same could almost be said of picture houses. Within easy walking distance of our house in the centre of town there were six or seven cinemas, all well patronised.

One or two might be scorned as flea pits, but others were splendid buildings, including a couple of magnificent art deco creations from the 1930s. One of these, the Essoldo, was our chosen Saturday morning venue.

At 9am, hundreds of scruffy, smelly, snotty-nosed kids would jam into this plush palace under the baleful gaze of bemedalled, uniformed doormen, battle-axe usherettes, nervous management staff and horrified cleaners.

The dazzlingly chandelier-lit foyer and reception areas boasted deep-pile carpets – unheard-of opulence for those of us who thought lino on the floor was the height of luxury.

My pals and I would goggle at the sweeping staircases, glittering mirrors, strategically-placed comfy sofas that you sat on at the risk of being chucked out, and the wood-panelled walls decorated with pictures of the big-screen stars and other showbiz greats.

One such picture that has always stuck in my mind was a soft-focus photo of a young Cliff Richard, who was at that time being touted as Britain’s answer to Elvis. The girls all swooned over him, but I thought he looked a bit of a wally.

We kids would be herded into the vast auditorium, which had a full-size stage in front of the screen that could serve as a showplace in its own right for live performers. The mighty cinema organ would be nestled in its pit in front of the stage, but might rise later if a sing-song was on the schedule.

Large as the auditorium was, we Saturday hordes were confined to the stalls. If kids were allowed upstairs, the hard knocks among them might easily launch unmentionable flying objects into the audience below. It didn’t bear thinking about.

A lot of what we saw has now slipped from my fading memory. But among those I well recall are cartoons such as Looney Tunes (Bugs Bunny, Tom and Jerry), Zorro, Flash Gordon, Superman (an early budget version, with a rather paunchy Man of Steel in a ‘skintight’ suit that was baggy), The Three Stooges (we had no idea what a stooge was, but loved them nonetheless), Laurel and Hardy, the Famous Five (those posh kids didn’t really go down well) and numerous Westerns which ended each week with the hero riding over a cliff and plunging apparently to his death. Next week, you’d see that he’d actually grabbed a handy outcrop of sage brush and hauled himself back from the brink to shoot at the baddies.

When the film reel broke and the screen went blank, as it often did, there would be boos and catcalls. Then we kids would let our retractable seats spring up and perch ourselves on the edge of them, drumming our heels against the wooden base.

The sound echoed, thundered and rolled deafeningly round the auditorium. For the staff, it was a nerve-shredding cacophony – like King Cetewayo’s warriors banging their shields in Zulu before they attacked the doughty defenders of Rorke’s Drift.

Most of the usherettes stayed well back during these outbursts, which abated as soon as the film was restored. But I remember the manager once switching on the auditorium lights and storming red-faced on to the stage, furiously ranting at us to shut up. Because we’d lost the cover of darkness, we meekly complied.

The highlight of the year was the Saturday nearest Christmas, when loads of goodies – sweets, crisps, pop, etc – were handed out once the picture session had finished.

To qualify for this festive bounty, you had to have attended for about six weeks previously, with your presence duly marked on a card, where each was Saturday ticked off with a red pencil. It wasn’t very sophisticated security and those of us who didn’t qualify bought a red pencil and successfully forged our attendance records.

Eventually, we switched allegiance to the ABC cinema, whose Saturday morning sessions were a bit more organised and slightly more upmarket. You automatically became a member of its club, the ABC Minors, and might well proclaim the fact by wearing a badge. As well as the usual film fare on Saturdays, there were talent shows, competitions, and birthday gifts.

I once entered a drawing contest and won a 45rpm record holder. Unfortunately, we didn’t have a record player, let alone any 45rpm records. Despite that, the gold-painted prize sat glinting on the cupboard for years.

Rounding off each Saturday, we would all join together (some more enthusiastically than others) to sing the famous ABC Minors song:

We are the boys and girls well known as
Minors of the ABC
And every Saturday all line up
To see the films we like, and shout aloud with glee
We like to laugh and have a sing-song
Such a happy crowd are we
We’re all pals together.
The minors of the A-B-C!

The ABC on the last line was belted out at the top of your voice.

After rendering this rousing anthem of fellowship and friendship, some lads would inevitably be found on the waste ground at the back of the cinema punching hell out of each other.

Meanwhile, a few of the less enlightened kids would be walking by with puzzled expressions. Not knowing what a ‘minor’ was, they thought they’d been enrolled as miners. They wondered why they’d spent the morning watching pictures instead of digging coal.

Inevitably, as the Sixties progressed and we got older, the Saturday morning flicks gave way to more interesting pursuits for me and my mates. Then, of course, with the rise of television, most children’s cinema matinees were consigned to the backlot of history.

Yet now that I’m very much an ABC Major, it only takes an instant’s reflection to be transported back to those rough-and-tumble, uproariously enjoyable Saturdays when we children gazed in wonder at the silver screen. Unless, of course, the reel had broken yet again.