Save our summer camps 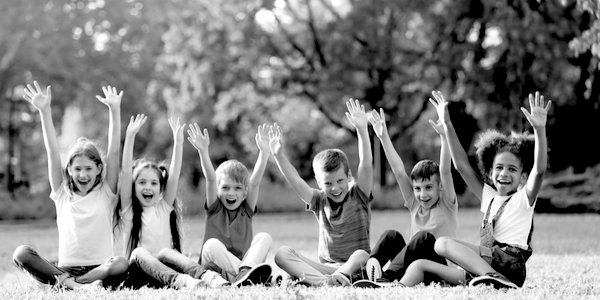 IN NORMAL years, around half a million young people spend part of their summer on youth residential camps in the UK. These breaks are highly formative and often life-changing, presenting opportunities for children to mix with others from different backgrounds and leave behind the pressures of exams, social media and the myriad burdens that modern life bestows on the young.

Last year, while Covid was still largely an unknown quantity, it was understandable that summer camps could not proceed.

But we are in a dramatically different position today with all of the Government’s own ‘roadmap’ tests being met. Three in four adults have been vaccinated. Hospitalisations and deaths are extremely low. Whatever pressures are on the NHS are certainly no longer because of infection rates. And while variants are not shy to emerge, none has given the Government cause to assess overall risk any differently.

It is absolutely right therefore that schools are opened again, festivals hosted once more and foreign holidays taken.

Yet despite this progress, and even if most of the rest of the country is fully reopened on June 21, incredibly the Government is said to be considering a limit of 30 on youth residentials which, with other restrictions, would amount to a near-total prohibition on summer camps for a second year.

The consequences would be devastating. First, youth residentials are usually run by charities, some of which are already on the brink of folding having been stopped from running at all in 2020. Many will not survive a second year of enforced shutdown, and even those which do make it through risk losing both volunteers and in many cases the venues needed to remain viable.

Second and more importantly, summer camps and residentials serve a constituency who have been deprived of a large part of their youth. The government itself has acknowledged that Covid has sparked a severe mental health crisis among the young. Thousands of young people are looking forward to escaping their environment, meeting their peers and having fun together. To deny them that opportunity, when Covid metrics are all on the right trajectory and much of the country is being reopened, risks creating anger and despair among young people. Many will understandably feel they are on the receiving end of unfair discrimination.

The government has insisted repeatedly that it will be led by data, not dates. If that is the case, there can be no justification for closing youth residentials for a further year, especially with the extensive precautions being planned in respect of regular Covid testing and cleaning.

Spearheading the campaign to lift all restrictions on youth residentials is the Summer Camps Trust (SCT). Its members are many of the leading organisations running camps including PGL, YHA, National Citizen Service and the Outward Bound Trust, plus numerous smaller charities. As the SCT points out, ‘a week away playing and laughing with friends in woodland and green fields, looked after by enthusiastic young volunteer leaders, is just what many of our children will really need this summer’.

It is not acceptable to ban all but the smallest residentials while permitting music festivals, football crowds and even nightclubs to reopen. Either open the lot, which the data consistently supports, or keep everything shut, make everyone suffer together and we can deliver our verdict at the next election.

But we must not selectively punish our children by denying them the joy and freedom of being young. They have lost out on enough opportunities already.

For more information on the SCT’s campaign and to show your support please visit Save Our Summer Camps! – Democracy 3.0 (democracythree.org)