NewsPaperthe art of publishing
HomeNewsSaving the planet? No, Extinction Rebellion are malicious bullies
0

Saving the planet? No, Extinction Rebellion are malicious bullies 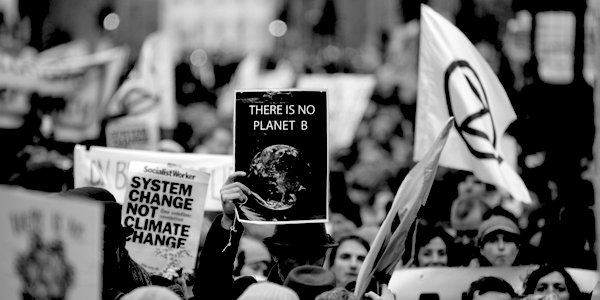 IT’S hard to be sufficiently rude about the protest group Extinction Rebellion, but I’ll have a go. I’ll accept that amongst the protesters must be some who are just misguided, but overall, Extinction Rebellion is a mixture of malice, sanctimoniousness, nihilism and narcissism. I won’t say stupidity because some in the movement, at least among its leading elements, know exactly what they want and what they are doing. I suspect, though, that quite a few of the followers haven’t got the first idea about what the world would look like if their demand for a Britain with zero emissions by 2025 was fulfilled.

A few of them probably do believe they could still have something close to their comfortable modern lifestyles if Britain was powered by nothing more than wind, wishful thinking and unicorn breath. They have never thought too hard about what their modern material world is made of and its almost unimaginable complexity. How the goods and services they use depend on an endless multiplicity of materials and inter-connected industrial processes.

But they won’t let reality intrude on their sense of outrage and moral superiority. It’s enormously rewarding to know you are saving the world. Especially in the social media age when your Instagram and Facebook friends can admire your bravery as you post from the front line. Look at me, everyone! Though it would probably be impolite to ask what that smartphone you’re publicising yourself on, sorry, I should say publicising the evils of consumerism, is made of.

As for those more deeply involved, there is a deep strain of misanthropy in the green movement. There are plenty of environmentalists who would much rather have economic growth go into reverse, with a major drop in living standards, than find ways of providing for our needs and wants safely and efficiently. To many greens, we shouldn’t be enjoying the benefits of modernity anything like as much as we do.

We know that our material possessions and comforts are not the most important things in life. Happiness does not depend on accumulating more and more consumer durables. But we should never apologise for appreciating the wonderful things modern life and industrialisation can give us. I am profoundly grateful for having things that my grandparents, ordinary folk born at the end of the 19th century, didn’t. My own car, modern medicine, the iPad I’m tapping this out on and so much else. The more people on this planet who can have these or whatever equivalents they choose, the better. The challenge is to find the best way to provide them, not to smash up the world or make us poor.

The green movement is riddled with Malthusianism: the idea disproved again and again that the planet cannot support the number of humans on it. Go online and you will find endless refutations of this grim anti-human doctrine; a good one is here.

We are not running out of food, land, or resources. We just aren’t, and the statistics on rapidly declining global poverty prove this, however strenuously Leftie malcontents deny them.

Put simply, many greens disapprove not just of the things humans use to give themselves a comfortable life, they disapprove of humanity itself.

As Canadian journalist Lorrie Goldstein puts it, ‘there has always been a mean streak in environmentalism which, while it professes to love humanity, often reveals that it can’t stand people’. And as cited by Goldstein, Dr Patrick Moore, who co-founded Greenpeace but eventually left when he realised just who he had fallen in with, says its campaigns were becoming ‘ever more bizarre, callous and indifferent towards humanity.’

We all know decent, kind-hearted people worried about doing the right thing for the planet and living a responsible lifestyle. There are all sorts of opinions, right or wrong, that people of goodwill hold about the planet and our climate. But they are not who we’re talking about here. Extinction Rebellion and their like include anti-capitalist, anti-modern and anti-human radicals who want you, whether you agree or not, to be poorer – much poorer. The methods they choose to get their points across are a good indication of how much they care about your rights to decide for yourself on whether you agree or not.

Their claim to be morally entitled to use ‘direct action’, ie physical methods to stop people exercising their freedoms, is laughable. Such methods might be legitimate if you are denied fair access to normal democratic political processes, but they aren’t. As the existence of a Green Party MP, the hopeless Green-led Brighton council, a range of environmentalist organisations and a substantial wedge of BBC output amply demonstrates. Plenty of things in politics make me angry and I’m entitled to use all sorts of means to say so, but that doesn’t include glueing myself to whatever means of transport you rely on to get to work. That would be the action of a bully.

And that’s what they are: petulant bullies. They know that the public, while concerned for the wellbeing of our planet, is generally unconvinced by their claims. And the less they can persuade us through reasoned arguments, the more they will shout, stamp their feet, bang their drums, damage our cities and inconvenience ordinary people.

It’s generally a good rule in politics that the noisier someone is, the less they deserve to be listened to. Extinction Rebellion are no exception.