NewsPaperthe art of publishing
HomeCOVID-19Savvy Sammy, a lone voice in the BBC wilderness
122

Savvy Sammy, a lone voice in the BBC wilderness 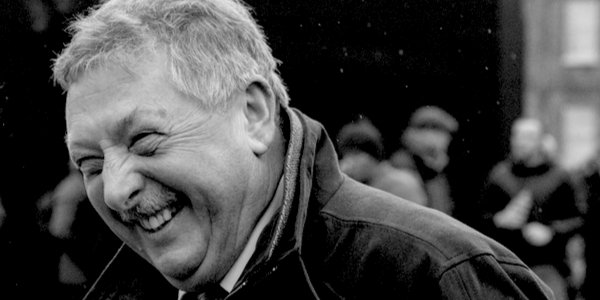 BBC Radio 4 has just broadcast a most unusual edition of Any Questions? The panel of four Westminster MPs actually included one Honourable Member who throughout the programme sensibly articulated what ought to be Government policy. Alas, East Antrim’s Sammy Wilson sits not for the Conservatives but for the DUP.

With sales of conventional cars to be banned by 2030, a listener questioned the affordability of electric vehicles. One has to admire an MP who, when asked by host Chris Mason whether he is tempted to buy an electric car, unapologetically answers: ‘Absolutely not. I drive a diesel van.’

It is unlikely that Wilson’s fellow panellist Layla Moran zips around her Oxford West constituency in a Ford Transit. Being the spiritual sister of Greta Thunberg, it goes without saying that not only does LibDem Layla wish to abolish the internal combustion engine, on Any Questions? she reiterated her incessant demand that Government should throw many more billions at attempting to control the climate.

Needless to say, three of the four guests either endorse Boris Johnson’s green guff (or is it Carrie’s c**p?) or complain that the ruinous net-zero strategy will not go far enough or fast enough. Only Sammy Wilson dissented: ‘On this whole issue of the green plan which the Prime Minister has now announced, where is the free-market conservative policy in all of this? It’s more like a Stalinist five-year plan, where the Government decides what’s going to be produced, what you’re going to buy, and if you don’t like it or can’t afford it, and it has consequences for other industries, then too bad.’

As Wilson alone pointed out, not only will Johnson’s posturing plan make private transport unaffordable for poorer people, but banning vehicles which run on petrol and diesel vehicles will halt further development of fuel-efficient engines. He was also the only panellist to raise the damaging environmental impact of manufacturing electric cars, particularly the unecological mining of metals for the vehicles’ batteries.

Another question, regarding coronavirus, deserves to be quoted in full: ‘My 93-year-old mother thinks that in a few weeks’ time she’ll be gaily driving her mobility scooter around town and flicking Vs at all the young people who are still forced to wear masks. Has she finally lost her marbles or is she simply showing the wisdom of old age?’

That amusingly worded query allowed Chris Mason to quiz Layla Moran: ‘You’re in the “Liberal” Democrats. Why haven’t we heard more liberal instinct from you guys during this pandemic about the restrictions on our liberties?’

‘I believe in liberty and liberal values,’ insisted Lockdown Layla. See, she does possess a sense of humour.

On the panel for Labour was Shadow Secretary of State for Northern lreland Louise Haigh. If any lockdown sceptic is naïvely looking to Labour, Haigh confirmed that the Opposition front bench has no intention of defending personal freedom: ‘We have to be realistic that Covid is pretty much here to stay in the population . . . we will have to keep abiding and observing by social distancing and mask wearing and hand-washing for the foreseeable future. A vaccine is not the golden bullet in the next few weeks or even months. A number of restrictions will be here to stay.’

Here to stay! The Conservatives were represented by junior minister Robert Courts (me neither), a barrister and fluent filibusterer. The smooth-talking automaton’s only hesitancy and uncertainty occurred after he failed to rule out governmental use of vaccination passports and host Mason pressed him: ‘Possibly, then?’ After a Pinteresque pause, Courts cagily conceded: ‘All of these ideas can be considered . . .’

Be afraid. As the programme’s sole advocate for freedom, Sammy Wilson admonished the panel’s tyrannical trio: ‘When I hear some of the comments we’ve had here tonight, it seems we’ve got to keep people in a perpetual state of fear in order to get them to accept liberty-restricting impositions. We haven’t learnt a great deal and now have a long legacy and long tail of people who are damaged by the way in which this issue has been approached by the Government.’

Steadfast Sammy did not buckle: ‘We didn’t take the kind of basic precautions we should have done for the people who are most vulnerable. We could have avoided an awful lot of the other disruption to the economy, to children’s education and to mental health had there been an approach which guarded the vulnerable and allowed the rest of the people to get on with their lives.’

Quite. Here is Sammy Wilson in the Commons making the same points to maleficent Matt Hancock.

In tribute to the late Barbara Windsor, aka Peggy Mitchell, landlady of EastEnders’ Queen Vic, the show’s final question inquired at whom each of the panellists would like to yell ‘Get out of my pub!’

Moran and Haigh naturally wanted to bar Boris. Sammy Wilson would kick out ‘the chief medical officer, who recommended that pubs should close even though he has admitted this week that there is very little evidence that curfews were needed or indeed would be effective’.

In the Commons on November 2, Sammy Wilson compared the Government’s ‘expert’ advisers to primitive medicine men with bags of bones: ‘They made their analysis and told people what sacrifices had to be made to satisfy the gods. I suspect that our sophisticated society is not much different. We call them chief medical officers and they bring their computers with their models. They tell us what the problem is and what the sacrifices have to be, regardless of the impact on society.’

Wilson’s speech concludes: ‘The Great Barrington Declaration advocates a targeted approach, and I believe that the Government should be looking at adopting that approach, rather than this blunt instrument of bashing the economy and bashing the populace in an unmerciful way.’

In the hypothetical hostelry which has Sammy Wilson pulling pints, I’ll drink to that.

The edition of Any Questions? first broadcast on December 11 can be heard here.

Share
Facebook
Twitter
WhatsApp
Email
Previous articleElection fraud that the US courts don’t want to know about
Next articleIs this the real reason for government panic over Covid?