NewsPaperthe art of publishing
HomeNewsScenes from a culture in decline
221

Scenes from a culture in decline 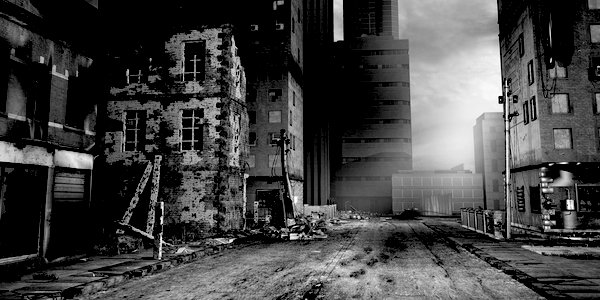 As 2018 comes to a close, I have compiled a list of just a few of the baffling progressive pronouncements of the year, along with other excerpts from the West’s cultural decline. As the Left and indeed much of the Conservative party put their energy in to feminism, identity politics, transgenderism and race baiting, instead of the bread-and-butter issues that affect ordinary people, making such a list was like shooting fish in a barrel. I apologise to any vegans who may be offended by the metaphor.

1. Jess Phillips and the orgasm gap

The Labour MP has called for schools to teach girls about orgasms. She claims this will help them when they grow up, as women need to ‘start demanding more’ from their male partners during sex.

According to research Phillips cited, women climax a lot less than men due to a ‘culture of power imbalance’. However, I would hazard a guess that there are other reasons some men can’t bring their feminist partners to climax. Maybe after a hard day’s work, coupled with an evening of being lectured at about your male privilege, toxic masculinity, the male gaze and manspreading, you are just too exhausted and demoralised to put in your best performance between the sheets. Not to mention that having to stop every minute to ask if your partner still consents can really throw you off your technique.

2. ‘Vagina Monologues’ cancelled because it doesn’t include transwomen

Throughout 2018, just like in 2017 and for quite a few years now, the ravings of the transgender lobby were never far away from the headlines. In November, it was reported that an American university cancelled a production of the play The Vagina Monologues because it isn’t inclusive of ‘women’ who don’t have vaginas, or men as we used to call them in the olden days of 2001.

It has occurred to me lately that there was a lot less transgenderism around when it was easier to get people committed to a secure ward. For instance, when I was growing up, if my Auntie called over for a visit and declared she wanted to have a fake todger sewn on to where her lady garden grew, there would have been a fair chance the family might have tried to arrange a short rest for her in a place with nice comfy walls made out of pillows. It will probably be an arrestable offence before long to utter such thoughts.

One of the most baffling aspects of the current epoch is that the progressive voices who dominate the cultural sphere, as well as most of the established media, and somehow still see themselves as anti-establishment, battling away against ‘the man’, fail to notice that they have been ‘the man’ now for quite some time. In Britain, the biased state broadcaster parrots progressive views with very little in the way of dissenting voices to allow for balance. Watch any BBC or Channel 4 comedy panel show and you will rarely find any one who isn’t fully in line with progressive dogma. The far Leftist Frankie Boyle’s satirical show New World Order on the BBC is basically an extended party political broadcast on behalf of the Momentum wing of the Labour Party with its blatant anti-Israel and pro-Corbyn bias. Then we have prominent media personalities such as the mixed race, former barrister, journalist and author Afua Hirsch, and the mixed race, PhD educated, BBC and Channel 4 TV presenter, former professional model and author Emma Dabiri regularly appearing on our screens or in print to lecture us on now Britain is still an inherently racist society where it is very hard for people like them to get on in life because of their skin colour. They really said all of this with a straight face. For the sake of balance, it would be great if the BBC or Channel 4 would commission a show that featured the many proud ethnic minority Brits who aren’t progressives and who acknowledge that Britain has come on leaps and bounds in terms of race relations over the last forty years.

2018 was also the year that the Australian quango, The Equality Institute, tweeted:

If I ever have the misfortune to encounter someone using the term ‘pregnant person’ the first phrase that I will utter will be, ‘Mate, how long have you been off your meds?’

5. Islamists in, law-abiding citizens and Christian asylum seekers out

The Windrush scandal showed us that only a state that holds its law abiding citizenry in contempt could deport some of them abroad for not holding the correct paperwork, while at the same time giving returning ISIS fighters preferential treatment in access to housing and benefits in the hope that they won’t murder us. In November, the government refused to give asylum to persecuted Pakistani Christian Asia Bibi who had been on death row in Pakistan for the invented crime of blasphemy. Her supporters in Britain claimed this was motivated by the government’s fear of attacks on its embassies abroad and Islamist unrest on the streets of Britain. If true, the UK government has shamefully surrendered its asylum policies to threats from Islamic theocrats and is in effect allowing sharia law to supersede the laws of a liberal democratic state.

These are just a few examples of the decline in the culture and body politic affecting Britain and other parts of the western world in 2018. Depressingly, there are far too many others to choose from. It’s enough to make you cry and reach for the Kleenex Mansize tissues if only they hadn’t gone and ditched those too.