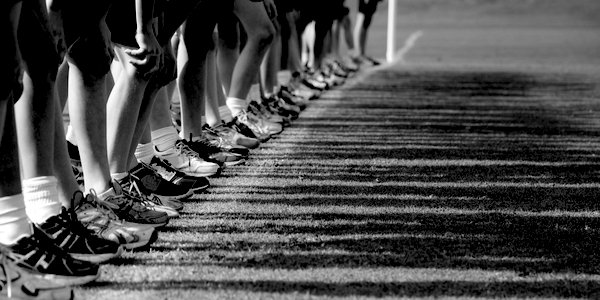 Helping children be healthy and happy demands looking after their physical fitness. Not doing so lets them down badly and can result in consequences for their lifelong emotional, mental and general health. But for decades, children’s fitness has been declining.

The Times tells us of the latest symptom in this trend. It cites a government report that the number of children taking part in their school sports days has fallen precipitously to only 55 per cent last year.

The lack of mental robustness that ‘Generation Snowflake’ seem to show may be hardly surprising given how detached from physical robustness many young people have become.

There have been several contributing factors including changes in technology, our diets and family patterns; but in a steady process over decades, schools have let the attention given to physical activity fall away.

Certainly, schools have time and resource pressures, they have a lot to squeeze in, but the skills and disciplines you can learn through exercise and sport seem to have lost their value to many in our educational establishment. Physical toughness, the idea that you could overcome yourself through effort, a quality that will help you in much of life, was too ‘1950s’ and the idea of winning or losing in competitive sport was increasingly seen as downright harmful. The strong links that all sorts of sports clubs had with local schools were often allowed to wither away.

Those of us involved in coaching sports for young people started to see the dismal results of all this. Not just with those coming into our clubs, but children generally. They were becoming unfit, unconfident, overweight, uncoordinated and deficient in basic physical skills. We are now in a situation where the Youth Sports Trust, cited in the Times article above, has said that as children ‘struggle’ with rising levels of mental health problems and obesity, ‘it has never been more important to get young people active and taking part in competitive sport’. Absolutely right: we need to push back and put fitness, strength, good movement skills and physical resilience back into our children.

These qualities all play a real part in building happy, productive, decent young adults. Children thrive on physical activity. Their self-esteem, confidence, general behaviour and aptitude for school work can all improve with increased fitness, especially if they take part in organised sport.

I coached athletics for more than 15 years, working with children aged 11 upwards. I learnt that teaching kids to run faster, to jump or throw further was almost a secondary result in our efforts. We were simply building more successful children. As well as acquiring physical fitness, they were gaining self-esteem, learning teamwork, the value of effort and social skills. They made friends and had fun, all in a safe environment.

Their parents understood this as they constantly reported all sorts of improvements. The thing I was most proud of was not the achievements as measured in race results, but the number of parents who told me how well their child had starting doing in school or how much happier and more sociable they had become since they had started training.

Most kids never get that far in sport; obviously, not everyone can be at the top. But the less talented can gain as much as their faster, stronger team-mates. Just knowing that they have moved up a notch or two through their own efforts will give most a real sense of achievement and self-belief.

Of course organised sport will never be for everyone. I absolutely don’t believe in conscripting children into their local sports clubs, though I would certainly encourage parents to talk to their children about giving different things a try. But all children should be encouraged to be more physically active, if possible with some element of having skills taught.

There is one small piece of good news coming out of our schools at the moment: the ‘Daily Mile’ initiative. This aims to get children to run or jog at their own pace for fifteen continuous minutes every day. There is an awful lot more that can be done than this, but it’s a good start, well within children’s capabilities whether they see themselves as ‘sporty’ or not, and it very much deserves support.

You might be someone who despises exercise – good for you. That’s none of my business. I don’t like ‘health Nazis’ and don’t want to tell adults how to live their lives. I do think, though, that in the last twenty or thirty years we have been failing children in an important part of their education. They should be taught habits and skills which, although they may be put aside when adulthood is reached, will still have made a real contribution to their development as people.