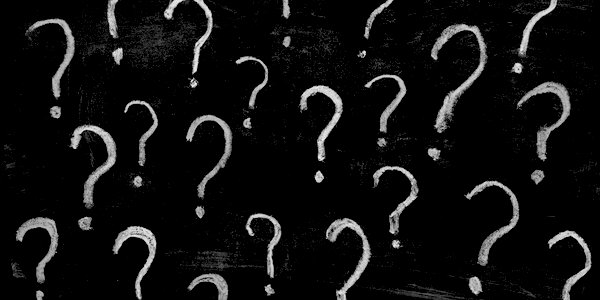 THE public examination season is in full swing and many pupils and their parents are stressed out. But do those 15- and 16-year-olds sitting GCSEs appreciate how lucky they are? Nick Gibb, the schools minister, believes ‘it’s important to recognise GCSE as a national treasure’. You’ve never had it so good, kids! Wake up and smell the coffee! Yes, really! And so fervent is Nick in his enthusiasm for his discovery of an examination ‘treasure’ trove in GCSE papers that he concludes a piece for the Times with a repeated affirmation of the godsend:

‘The GCSE has proved to be a flexible mainstay of the educational system. It shows its worth year by year as successive generations of young people lay the foundations for their adulthood. The GCSE has become a valuable, important qualification that should be treated as a national treasure.’

I recall one of Nick’s predecessors as schools minister at the Department for Education telling me and a few others that the replacement of the old grammar school exam, the GCE O-Level, with the all-ability GCSE exam was a ‘disaster’. That minister, who is still very much around, went on to become a major figure in the cabinet, but not as education secretary.

It so happened that the commencement of teaching for GCSE coincided with the 1986 Chernobyl nuclear reactor disaster. The supplanting of O-Level by GCSE turned out to be an educational version of Chernobyl for our education system and for our country. The main difference being that, over 30 years on, unlike ex-Soviets, Comrade Gibb is in public denial of the meltdown.

He does, of course, know the truth of the situation. Having sat down with him on more than one occasion, that much is clear to me. I recall his once agreeing that the current ‘ban’ on O-Levels being sat in English schools must be lifted. I had pointed out to him that this grammar school exam was still produced in England but only for export to the likes of Singapore where it is the examination taken by most pupils. This goes some way to explaining why Singapore tops international league tables of pupil attainment and why, according to OECD, pupils there are around three years ahead of ours by the age of fifteen.

Far from being a ‘national treasure’, the GCSE is, at best, a national embarrassment. Weighed down by years of grade inflation, by dumbing down and by cheating, it has recently received a ‘revamp’. The exam papers currently being taken are a bit tougher than they were three years ago. All of this is part of a process that Gibb describes as building a ‘world-class education system’. What is he not telling us is that the grade boundaries for his new, tougher, GCSEs have been manipulated to ensure even more top passes. Fifteen per cent of the marks secured an officially ‘good’ pass in mathematics in 2017 and last year it was 20 per cent.

The Times, where Gibb’s recent hymn of praise to the GCSE appears, is the very newspaper that broke the 15 per cent story on its front page in August 2017 and quoted me as describing this version of a ‘good’ pass in GCSE mathematics as a ‘certificate of incompetence’ rather than as an entry qualification into the best universities and into the professions. Small wonder that the exam boards publish grades rather than the actual percentages scored.

Ofqual, the government’s exam regulation quango, has claimed that a lowering of grade boundaries was to be expected with the introduction of a new exam. It has chosen to ignore the fact that this causes grade inflation, that this accompanied GCSE from the start and that this inflation is continuing hugely to debase the examination currency, tougher exams or not. The Ofqual boss gave her own spin on the examination ‘success’ lie. She explained to the Sunday Times: ‘All our kids are brilliant.’

‘Mankind cannot stand too much reality,’ was George Bernard Shaw’s opinion. The schools minister has taken this on board. Far better to pretend that all is well and to insist that the people should have faith. This is sad indeed. Nick Gibb compares well with most of his predecessors and ‘word on the street’ suggests that sacked education secretary Michael Gove made it a condition of his going quietly that Gibb be brought back as schools minister.

These days, though, Gibb is seeking only to appease the educational establishment, the ‘Blob’. He is a decent man who, under pressure, appears to have lost his moral compass. He is unable, any longer, to admit the truth. This amounts to a dereliction of his duty towards our country in general and towards young people in particular. And all for what? Most of the Blob will always hate you, Nick, whatever you concede.