NewsPaperthe art of publishing
HomeNewsScott of the Antarctic: hero or bungler?
130

Scott of the Antarctic: hero or bungler? 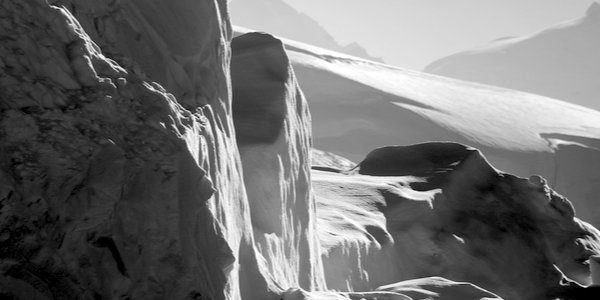 ON this day in 1912, Captain Robert Falcon Scott and his four companions suffered an unimaginably devastating blow as they attempted to be first to reach the South Pole.

Buoyed by the knowledge that they were nearing their goal after a nightmarish ten-week, 800-mile trek, the five Britons, manhauling a sled, set off for the final push on the morning of January 16.

At about 1pm, team member Henry ‘Birdie’ Bowers saw an odd shape ahead in the snowscape. As they approached, they realised it was a black flag attached to a sled bearer.

Then the awful truth hit them – they had been beaten to the Pole by Norwegian explorer Roald Amundsen. The flag was a waymarker, and later Scott found a tent and documents left by 39-year-old Amundsen, showing he and his four companions had reached the Pole on December 14, 1911, more than a month earlier, and were now on their way home.

‘The worst has happened, or nearly the worst … the Norwegians have forestalled us and are first at the Pole,’ 43-year-old Scott wrote in his diary 110 years ago. ‘It is a terrible disappointment, and I am very sorry for my loyal companions … all the day dreams must go; it will be a wearisome return.’

The Britons plodded on to the Pole, but with heavy hearts. As they prepared for the journey back, Scott wrote on January 17: ‘Great God! This is an awful place and terrible enough for us to have laboured to it without the reward of priority … now for the run home and a desperate struggle to get the news through first. I wonder if we can do it.’

As we know, they did not do it. On February 17, 35-year-old Petty Officer Edgar Evans died with a suspected brain injury. On March 17, his 32nd birthday, a gangrene-stricken Captain Lawrence ‘Titus’ Oates walked out of the tent to his death, saying: ‘I am just going outside and may be some time.’

The final three – Scott, 29-year-old Bowers and 39-year-old expedition chief scientist Edward Wilson – died on or around March 29, 1912, suffering from hypothermia, malnutrition and dehydration. Trapped in their tent by unseasonably fierce blizzards and plunging temperatures, they were just 11 miles from a supply dump that might have saved their lives.

Amundsen’s party made it safely back to their Antarctic coastal base and sailed for Tasmania, arriving on March 7 and sending news of their triumph around the globe. It made the Norwegian an international celebrity and he embarked on a series of lecture tours.

It was not until nearly a year later, on February 11, 1913, that the deaths of Scott and his party were confirmed to the world after a search party from his expedition ship, Terra Nova, discovered the tent containing their bodies and his diary telling their tragic story.

In Britain, there was a wave of public mourning. On February 14, a state memorial service was held in St Paul’s Cathedral, attended by King George V, while an estimated 10,000 people gathered outside.

The Manchester Guardian said: ‘Nothing in our own time, scarcely even the foundering of the Titanic, has touched the whole nation so instantly and so deeply as the loss of these men.’

Boy Scouts founder Robert Baden-Powell proclaimed: ‘Are Britons going downhill? No! There is plenty of pluck and spirit left in the British after all. Captain Scott and Captain Oates have shown us that.’

Tragically, Scott’s wife Kathleen, did not hear the news of his death until a week after it broke in Britain. She had set off for New Zealand in January, planning to meet him in March. Kathleen was aboard a ship in mid-Pacific when the captain received a radio message. She reached New Zealand on February 27 and later wrote in her diary: ‘We must be proud, and happy, and make our gratitude drown our pain.’

Scott’s final entry in his diary had been a plea for the families of the dead not to be left destitute: ‘For God’s sake look after our people.’ A public appeal raised £75,000, equivalent to around £9million today.

Thus the ill-fated explorers became fixed in many minds as noble, heroic failures. At the same time, the myth grew that Amundsen’s triumph was somehow tainted by what was seen as ungentlemanly conduct.

Critics pointed out that the Norwegian had originally been heading for the North Pole, but after two other explorers claimed to have reached it he had secretly sailed south in his ship Fram.

He finally revealed his intention of starting a race to the Pole by sending a telegram which reached Scott when Terra Nova arrived in Melbourne on October 12, 1910.

After an abortive first attempt, Amundsen’s sled party started on October 18, 1911, from a base 60 miles nearer the Pole than Scott, who set out on November 1. Unlike the Britons, the Norwegian party were all expert skiers. They did not carry out scientific research, as did the British.

Most controversial in the eyes of his British critics, Amundsen had used dozens of sled dogs to get his party to the Pole, slaughtering some as food for the other dogs – and for his men.

Scott had used motor sleds, ponies and dogs part of the way. The ponies were shot and eaten by men and dogs, but the British dog team was sent back to base on December 11. From there, the Britons relied on manhauling for the last stretch to reach the Pole.

The idea that using dogs was somehow not playing the game was scathingly rammed home when Amundsen attended a dinner in his honour at the Royal Geographical Society in London in November 1912.

Society president Lord Curzon proposed a toast, saying: ‘I almost wish that in our tribute of admiration, we could include those wonderful, good-tempered fascinating dogs, the true friends of man without whom Captain Amundsen would never have got to the Pole. I therefore propose three cheers for the dogs!’

Amundsen swallowed the insult. But he later wrote: ‘I feel justified in saying that by and large the British are a race of very bad losers.’

The idea that Scott had somehow triumphed gained ground after the Great War and was part of the general British mindset well into the latter half of the last century, reinforced by the 1948 film Scott of the Antarctic, starring John Mills.

I remember as a child in the 1950s that part of our school reading hour was the book South with Scott by Scott’s second-in-command Edward Evans. Like many other accounts, this has since been criticised. But the impression we youngsters were left with was that Scott was a true Brit, while that dastardly foreigner ate his own dogs.

However, there had long been muted criticism of Scott and his planning and conduct of the expedition. He was variously seen as moody, short-tempered, autocratic, unimaginative and depressive.

Oates loathed him. He wrote to his mother: ‘Myself, I dislike Scott intensely and would chuck the whole thing if it were not that we are a British expedition … he is not straight, it is himself first, the rest nowhere.’

In 1979, a controversial book by Roland Huntford caused a sensation by branding Scott an arrogant, incompetent buffoon who had cost the lives of his men. It became open season on Scott, while Amundsen was deemed to have won fair and square.

In 2003, Polar explorer Sir Ranulph Fiennes published a biography which hit back at Huntford and went some way towards restoring Scott’s reputation. The pendulum will probably swing again.

So was Scott the heroic victim of misfortune or a shameful, amateurish bungler? Here I’ve given only a brief outline of events. There’s a mass of material available about the British and Norwegian expeditions and it remains for anyone who is interested to read it and decide for themselves.

The one thing no one can doubt is that the doomed Britons were immensely brave, physically and mentally. Theirs was an age when patriotism, steadfastness, courage and devotion to duty were still virtues to be valued.

In a ‘Message to the Public’ written as he and his companions lay dying, Scott said: ‘For my own sake I do not regret this journey, which has shown that Englishmen can endure hardships, help one another, and meet death with as great a fortitude as ever in the past.

‘We took risks, we knew we took them; things have come out against us, and therefore we have no cause for complaint, but bow to the will of Providence, determined still to do our best to the last.

‘Had we lived, I should have had a tale to tell of the hardihood, endurance, and courage of my companions which would have stirred the heart of every Englishman. These rough notes and our dead bodies must tell the tale …’

Share
Facebook
Twitter
WhatsApp
Email
Previous articleMust we wait for the knife at our throat before we wake up to totalitarianism?
Next articleIn a minority of one, the maskless would-be martyr