Scrap aid to Nigeria until Christians are safe 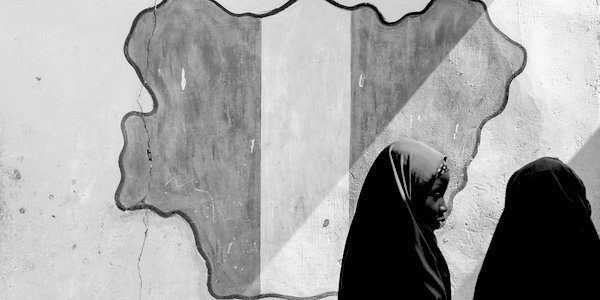 BRITAIN’S foreign aid programme, as we’ve written before in these pages, is riddled with a lack of accountability; its ineffectiveness as a salve for the world’s ills is well-documented. Those who should benefit, as Karen Harradine has argued, rarely do. One example of the ‘breathtaking stupidity’ of the Department for International Aid and Development (DfID) that she cited was its allocation of £190million to Somalia in 2019/20, almost a quarter of which was going to the Somalian government. Never mind that Somalia is number three on Open Doors’ World Watch List of the 50 countries where persecution of Christians is most rife.

Nigeria, which ranks 12th on this list and where the killing is reaching genocide proportions, is also in receipt of British largesse. Although the British Government reportedly halved its budget for Nigeria in 2018 following the Boko Haram atrocities, it remains one of the five biggest recipients of the UK’s bilateral aid.

We are not alone in being deeply concerned about this. The public are too. Following another mass killing of five aid workers by Boko Haram in Nigeria, a fresh poll of UK adults shows widespread public support for foreign aid to be made conditional on measures that would safeguard the human rights of Christians.

The poll, for which 2,044 adults were interviewed, was commissioned by the humanitarian group International Organisation for Peace & Social Justice (PSJ UK). It found that 39 per cent expect the UK to speak out against violence towards Christians in Nigeria and almost half (49 per cent) believe that aid must be targeted on measures that safeguard human rights and that suspending all foreign aid to Nigeria until the persecution of Christians is ended would be effective.

Since the Bishop of Truro’s report on Christian persecution around the world, commissioned by former Foreign Secretary Jeremy Hunt, there are some signs that interest in the cause is growing. The All Party Parliamentary Group for International Freedom of Religion or Belief recently published a report warning about Nigeria’s genocide of Christians.

The problem is compounded by the very hostile context for on-the-ground media reporting. Reporters Without Borders ranks Nigeria at 120 out of 180 countries for press freedom, just above Afghanistan, and notes its ‘climate of permanent violence’.

This resulting lack of transparency makes it ever harder to expose endemic corruption in the country. The Corruption Perceptions Index 2019 ranks Nigeria at 146 in the world, two places lower than 2018, scoring an abysmal 26 points out of a possible 100, level with Iran.

You would think it is time for the woke brigade to start paying attention to such genuine matters of social injustice and terror. Yet they turn their backs while Nigeria’s Christians, black and white, are being slaughtered. This brutal discrimination has been all but ignored by the Leftist media and the political establishment.

Yet as PSJ UK chief executive Ayo Adedoyin says, ‘there will be no peace in Africa until Nigeria, the continent’s largest economy and breadbasket of the future, can defend each of its citizens, particularly the most vulnerable’, and ‘while we cannot underestimate the threat of Covid-19, it is undeniable that Islamic terrorism has posed a bigger threat to Nigerian society at the start of 2020’.

The public have got the message. But will the Government care?

Kathy Gyngellhttps://www.conservativewoman.co.uk/the-editors/
Kathy is Editor of The Conservative Woman. She is @KathyConWomon Parler.