Seeds of hope could sprout from the Brexit debacle 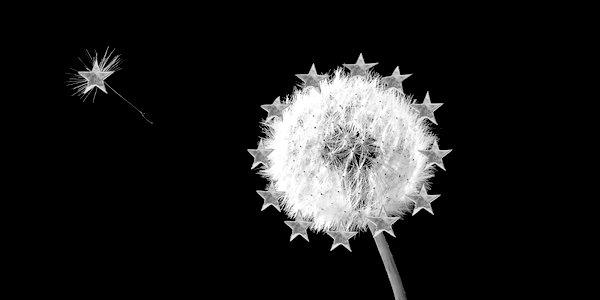 REVIEWING 2018, it would be easy to cry with Private Frazer, ‘We’re doomed, doomed I tell ye.’ It was in many ways a dreadful year for conservatives, but therein lie the seeds of hope for 2019.

Comments below the line in TCW reveal disillusionment, many contributors vowing never to vote again. Perhaps the biggest danger from the bungled Brexit is that we shall voluntarily disenfranchise ourselves and leave the field open to Leftists and the progressive establishment.

Many social conservatives, especially those who have stuck with the Conservative Party through thick and mostly thin, have had enough. No amount of pleading that if they don’t vote Conservative they will get something worse will have effect. Some may support individual Brexit Conservative candidates; most, rather than vote for a Corbyn government, will simply abstain, repelled by the betrayal and ineptitude of the political class.

Take a step back and consider the possibilities for social conservatives arising from Brexit.

Brexiteers did not vote for Norway or Canada ++, we certainly did not vote for May’s deal, shackled to the EU without voting rights: we voted to leave. It is becoming increasingly clear that unless something drastic happens Brexit will be subverted by the Establishment.

The express will of the British people to leave the EU was a source of exasperation to the anointed. The elites and their tame media never wanted it, campaigned relentlessly against it, and have striven continuously to thwart it. The EU has been notable for its democratic deficit. The same is now true of the United Kingdom.

This opens a window of opportunity. Without Brexit we would not have the possibility of a renewal of politics in the UK, free of the suffocating hand of two sclerotic political machines. As Brexit Day draws near, dividing lines are being drawn. New alignments reflecting the divergence of opinion more honestly are within our grasp.

The Conservative Party is clearly split, in practice if not yet formally. In December Chris Patten, who thinks the sun rises just to hear him crow, was given full scope by the BBC to express his contempt for Conservative Brexiteers. MPs wishing to implement the democratically expressed will of the British people were described as ‘fanatics’. To the ex-Governor of Hong Kong Brexiteers are ‘Maoist’.

Patten is not ignorant: he knows Mao slaughtered his own people by the tens of millions in an insane pursuit of communist ideology. The Great Leap Forward alone left at least 55million corpses in its wake. Patten negotiated with men in power during the Cultural Revolution when Maoists almost destroyed Chinese culture and society, and committed unspeakable atrocities in so doing.

This ‘elder statesman’ of the Conservative Party felt free grossly to abuse a sizeable proportion of Conservative MPs, the majority of party voters and the general population, comparing them to psychotic or brainwashed mass murderers.

Feudalism is dying amongst Conservatives, and the Dominic Grieve/Anna Soubry/Ruth Davidson wing face electoral collapse. Members and activists, sidelined and disregarded for so long, will simply refuse to be obedient serfs. Calling on a declining and ageing membership to pay their subs, get out the vote in every election and then shut up no longer works.

The days of the Conservative Party as a self-perpetuating oligarchy are gone. Brexit has let the Conservative cat out of the bag. A rump party will remain but their grasp on power is loosening.

Labour is also restless. Eventually Corbyn will be forced to make a clear Brexit statement. His dangerously strained coalition is under internal pressure and, having entered politics to protest against the use of power, Corbyn is incapable of exercising power. Cries of ‘Oh Jeremy’ won’t get him out of this: he cannot please both his Momentum acolytes and traditional Labour voters.

Labour is losing the white working class, who have been taken for granted for too long. Are Brexit-voting Labour supporters going to continue voting tribally after their betrayal by Remain MPs?

Voting patterns grow ever more volatile. It is possible a new centrist alliance will eventually emerge with the Chuka Umunna wing allying with the Lib Dems, who need rescuing from their own ineptitude, and the Greens, who need to break out of Brighton.

Europe’s populist revolt has barely touched the UK. The French are willing to throw cobblestones in face of fuel price rises no greater than we have experienced in the UK. The British are less inclined to riot. But as we enter a new situation no one can tell how it will work out.

From Niall Ferguson and Gerard Baker to Professor Robert Tombs, from Sir Roger Scruton to Allison Pearson and a host of YouTubers, there is proven competence presenting our case. Yet despite the emergence of a galaxy of serious – even brilliant – Brexit-supporting thinkers and writers, the biggest weakness facing us in 2019 is lack of competent leadership.

Our Brexiteer ‘leaders’ have shown little tactical expertise. They have endlessly vacillated, their resignations have dribbled through piecemeal or not at all, and finally they failed to bring home their chronically overdue no-confidence vote attempt. No wonder they do not inspire trust. Their ability to organise, follow a leader or engage in credible teamwork has been notable for its absence.

May’s Chequers Agreement holed several leadership bids below the waterline. Boris Johnson has proved too often to be fitful if not an opportunist. Andrea Leadsom, like Liam Fox, has bottled it too often. Outside Parliament, Nigel Farage backed out before Brexit had begun, leaving UKIP rudderless and now dangerously divisive.

Disillusioned and feeling betrayed by those we trusted to implement our wishes any new grouping will have to work hard to gain our confidence. There are some to whom we should give a hearing, such as David Davis – if only he could step up to the plate – though increasingly he appears to lack the character, confidence and sense of urgency and purpose needed to unite Brexiteers. Jacob Rees-Mogg displays commendable clarity of vision, ability to present a case clearly and the character to hold on to his principles. Dominic Raab has ability. Other potential leaders will emerge.

This is just the end of the beginning. Even if May’s Way Ahead is voted through, the genie cannot be put back in the bottle. Despite an establishment-compliant mass media, social media will not allow business as usual. We are entering a situation where everything is up for grabs, and social conservatism has its best chance to get back on the political agenda for years.