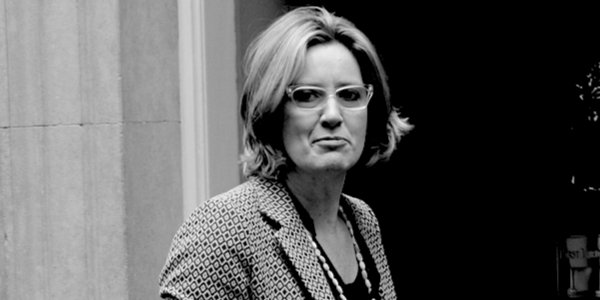 IN AN article in last Thursday’s Telegraph former MP and one-time Home Secretary Amber Rudd demonstrates all that is wrong with British politics and the Conservative Party.  Follow the link with caution as her words may sap your will to live.

Ms Rudd is seeking to persuade us that net zero is a good thing, that we voted for it and that the government has got a handle on it. Moreover, she quotes Mrs Thatcher. Unsurprisingly, the facts don’t fit the argument she advances. I know this as I have spent the past few months trawling through them while researching my book (shameless plug: it’s called Net Zero: The Challenges, Costs and Consequences of the UK’s Zero Emission Ambition, available here).

For a start, we did not get a vote on net zero. Ms Rudd’s hapless, hopeless and helpless boss, Theresa May, amended the Climate Change Act by statutory instrument. No debate, no argument, no choice. Before her diktat the target of the Climate Change Act was 80 per cent of our 1990 CO2 emissions, which comes out at about 160million tons. That was (and remains) the number the IPPC deemed necessary to defray the worst effects of climate change.  It was (and remains) a huge technical challenge for the UK, where currently 85 per cent of our energy comes from fossil fuels. But still, why forgo a headline for the sake of reality?

When Boris replaced Mrs May as PM (which triggered Ms Rudd’s departure from the political front line) the then Climate Change Act had been passed and was therefore government policy. Ms Rudd seems to think that voting Conservative at the last election was an endorsement of every policy in their manifesto.  Does she not realise that, at best, a voter is picking what they believe to be the least bad option? With the alternative of Corbyn, it was not a tough decision. It most certainly was not an explicit endorsement of any statutory instrument – let alone one that was (and is) economically challenging and yet adopted without consideration of the costs.

Those 160million tons cover the emissions from agriculture (sorry, vegans, it’s not only cattle farts that come from farms – artificial fertilisers emit almost as much), legacy landfill sites and high energy uses such as steel manufacture. The net zero target is not possible without CO2 capture, which is why Boris Johnson is so keen on trees. However offsetting our CO2 emissions would require planting 20million hectares of forestry – pretty much all of the United Kingdom.

Johnson sees no problem with that. Indeed he went further and included international aviation emissions in his definition of zero. Another 37million tons to be offset. (Aviation is particularly tricky to turn green and is excluded from national emissions calculations, as is international shipping.)

Ms Rudd, presumably based on her year as environment secretary, claims that costs are being vastly overstated by those who question the government’s chosen course.  Oh, really? The Department for Business, Energy and Industrial Strategy published a projection of future costs in 2016, during Amber’s reign. I guess she didn’t bother to read them. The graph below speaks for itself. Every technology comes out as more expensive than the current wholesale price.

Ms Rudd seeks to smear those of us who question the efficacy and impact of the net zero proposals as climate deniers who ‘ignore the science’. She and her type forget that science is generated by asking questions, not parroting soundbites and stifling debate.

This country faces huge challenges. They are solvable but will be expensive and have profound impacts on our way of life. I would much prefer an informed debate and the option of having a political representative who is capable of rational analysis in place of emotional scaremongering. I’m bored with being ruled by Project Fear. I have joined the Reform Party – what are you going to do?