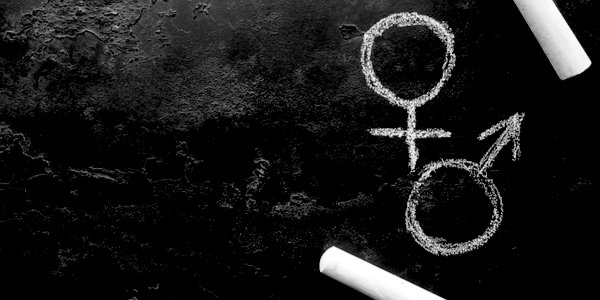 I RECENTLY highlighted the inappropriate content of the Relationship and Sex Education reforms which are going live in schools this September, and urged Gavin Williamson to get a grip on the situation.

The Education Secretary hasn’t listened and, not surprisingly, alarm is mounting in the mainstream media about the RSE material that someone, somewhere has deemed acceptable for schoolchildren.

The charity, Transgender Trend, has also exposed inappropriate content, including, for example, that produced by the Proud Trust and promoted as appropriate for school programmes.

So sometimes it’s pornography being presented as education, other times it’s the promotion of the newly prevalent pseudo-science of ‘gender identity’.

For example, the charity Stonewall has produced documents explaining to primary school children that they have an inner gender identity that may or may not align with their biological sex, and that their sex is ‘assigned at birth’.

This document says: ‘Everyone has a gender identity. This is the gender that someone feels they are. This might be the same as the gender they were given as a baby, but it might not. They might feel like they are a different gender, or they might not feel like a boy or a girl.’

Imagine being a primary school child and trying to get your head around that. A Canadian couple are suing their local school authority because their six-year-old daughter came home from school worried that she wasn’t really a girl.

Everyone is gender non-conforming in some respect – we are all unique and multi-faceted – but biological sex is binary and immutable. As for the idea that gender is assigned at birth, let us move quickly on.

How is it going to work when kids are taught one thing in RSE and another in science? My fear is that, in the current climate, it’s the RSE content that will take over science. I predict that science teachers and schools will soon be challenged when teaching about the reality of biological sex.

Where do we end up? In a world slipping away from its basis in science and reason and shared language, assisted by our Conservative government, as it ignores the concerns of parents and lobby groups over the new RSE requirements and the pseudo-science and transgressive material they are enabling.

I keep challenging myself – or perhaps comforting myself – by wondering whether this is a fuss about nothing. Yes, there are some odd and ideological resources out there which people with an agenda attempt to push into some schools. Such is life. The disinfectant of sunlight, parental scrutiny, and a vigorous free press will expose them and give them short shrift. Right?

Sadly, I worry that this is wrong. I decided to stop looking at ‘bad RSE resources’ and start hunting for good ones: resources anchored in science and reflecting shared ‘common sense’ morality over what is appropriate for children and when. Let’s look at the first three mainstream RSE providers and their offerings that I came across.

First, the Sex Education Forum. This describes itself as the ‘voice of sex education in England’, so a good place to start. Most of its resources are behind a paywall, but a parent showed me one of its RSE training documents. It is entitled ‘LGBT-inclusive approaches to RSE’ and dated June 2020.

In one slide it asks: ‘What sex are your students?’ It answers: ‘Some will be intersex. Best estimate – 1.7 per cent of the population. As common as having red hair.’

The agenda here is the ‘biological sex is a spectrum’ narrative. But the so-called facts from England’s ‘voice of sex education’ are hokum. I’ve learned that the ‘common as red hair’ sleight of hand keeps on bobbing up, with biologists becoming bored with batting it off, for example here.

In her investigation into ‘trans’ ideology, Joanna Williams puts the real number of intersex people at below 0.1 per cent of the population, more than tenfold lower than that claimed by the SEF. Why does the SEF play fast and loose with the facts? To push an agenda, of course.

In terms of how it treats biological sex, the SEF quotes Brighton & Hove Council’s Trans Inclusion pack. This says: ‘A pupil who identifies as a girl but was assigned male at birth is not a “boy dressed as a girl”, but is a girl.” Yep – read that again; it’s just like that.

It’s hard enough for us adults to take on board, but imagine being a kid and having to deal with this. Biological sex is erased and with it not just science, but language and reality. How do we talk about boys and girls, men and women, when these words no longer have fixed meanings?

Big Talk Education is another mainstream provider of Relationship and Sex Education material.  It’s a social enterprise that aims to change the world for the better. Here is some of its material – these are all direct quotes:

I’m sorry, but this is not acceptable. It’s pseudo-science and mystical mush. By the way, each time you come back to this stuff, it has changed. Look away and a new letter has been added to LGBTQIA+.

Or someone, somewhere, dreamed up ‘Demisexual’ and explained it to eager-to-please Big Talk Education. By this time next year it will have been quietly removed and if they are lucky, no thought crime committed.

Twinkl could not be more mainstream. It is an online platform for sharing teaching resources. Its mission is to nurture a love of learning and it has thousands of resources, some provided for free, some for which you must pay.

Twinkl has worked with Stonewall to produce an LGBT+ primary school resource. Another theme with these resources is that they imply that the world is a far worse place than it really is.

This means that groups such as Stonewall can gallop to the rescue (with the appropriate level of funding, of course). For example, in the Twinkl resource, according to Stonewall, girls who are interested in sports are more likely to experience homophobic bullying. Really?

From there we leap to ‘intolerance of non-conformity begins in primary school’. What a horrible world – thank goodness for people like Stonewall. They conjure up a bogeyman and then WE pay them to come in and remove it.

I need hardly tell you that according to Twinkl / Stonewall, gender means a person’s feeling of whether they identify as a ‘man, woman, or neither’ – and that ‘sex is assigned at birth’.

Again, I want readers to pause and imagine being a child trying to absorb all this. Also, being a teacher trying to teach it.

Quite often now you will see a celebrity or a major charity or inter-governmental quango repeat the new dogma ‘trans women are women’. No elaboration necessary or allowed.

Hannah Arendt recognised the power of lies and obfuscation. She and others, says the writer Jacob Levy, recognised that ‘being made to repeat an obvious lie makes it clear that you’re powerless’.

She also recognised the function of an avalanche of lies to render a populace powerless to resist, the phenomenon we now refer to as gaslighting: ‘The result of a consistent and total substitution of lies for factual truth is not that the lie will now be accepted as truth and truth be defamed as a lie, but that the sense by which we take our bearings in the real world – and the category of truth versus falsehood is among the mental means to this end – is being destroyed.’

Levy goes on: ‘Why the constant, often blatant, lying? … the great analysts of truth and language in politics – including George Orwell, Hannah Arendt, Vaclav Havel – can help us recognise this kind of lie for what it is … saying something obviously untrue, and making your subordinates repeat it with a straight face in their own voice, is a particularly startling display of power over them. It’s something that was endemic to totalitarianism.’

Pause again on the mantra ‘trans women are women’, repeated by organisations such as the UN and Amnesty International. A woman is now a simple matter of self-identification.

So what does the word ‘woman’ mean?  What is the common theme? There isn’t one. The word no longer has a meaning. Language is erased. Biology, science, reality denied. Who does this benefit? It’s about power – it is  ‘endemic to totalitarianism’.

You might hope we can leave the children out of this and battle it out in the adult world. But James Lindsay has explained that going after the children is no accident. Getting them young is part of the programme.  Please read this whole thread. All comments welcome.

You might hope that all this might not be enabled by our Conservative government? But it is – the whole thing. Despite an avalanche of exposure from groups such as Transgender Trend and SafeSchool Alliance, not a word emanates from Gavin Williamson or other senior Tory politicians.

Is it too much to ask the Conservatives to act to protect the innocence and safety of our children, and to protect the basis of our society in shared language and scientific realism?

To do so, they need to pause the RSE reforms and then find a way to ensure that anything that enters the classroom is anchored in science, in shared language and shared morality.

Meanwhile, thankfully, there is an army of us who will continue to fight this tyrannical mysticism and would-be totalitarianism.