NewsPaperthe art of publishing
HomeNewsSexism? Sorry, racy Tracy, but no
0

Sexism? Sorry, racy Tracy, but no 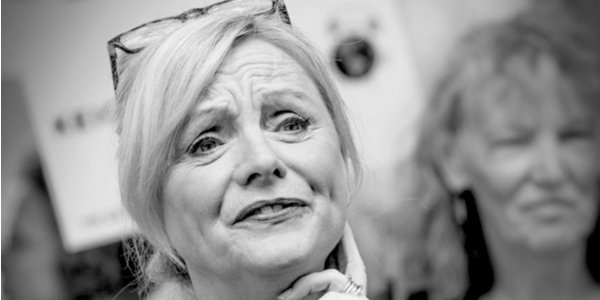 IT IS a truth universally acknowledged that what we wear tells the world something about us. In no particular order, our clothing signals whether we are male or female, how much cash we have, and whether we care about fashion. It can give an indication of personality type: a riot of clashing neons may mean colour blindness, but it may suggest attention-seeking or extroversion. Sometimes a person wants to present him or herself to the world as anti-authoritarian, a radical, a rebel, a rule-breaker.

This is where the wardrobe comes in. It’s a case well made years ago in a book by the novelist Alison Lurie, The Language of Clothes. No question about it, we are revealed to some extent by what we are wearing. Or, in the case of Labour’s shadow culture secretary Tracy Brabin, not quite wearing.

What was going on when Brabin appeared in the Commons looking as if she was in the gear she wore to Tramp a few hours previously? Social media was quick to pick up on the flesh she was flashing in her off-the-shoulder frock. It would be fair to say that the comparisons and comments made by those whom Brabin denounced as ‘keyboard warriors’ were somewhat disobliging. (Note to Brabin: come off Twitter.)

In her defence, she said she was not expecting to be called to the despatch box following the music industry event she had been attending.

Perhaps she is a little disorganised; perhaps she’s as likely to have a diary malfunction as a wardrobe one. Maybe it has not occurred to her that she might keep a jacket in her office in Westminster. Certainly, it does look as if she is struggling a bit at the moment, given that she has a broken ankle in a cast. Let’s give her the benefit of the doubt and concede that she was literally caught on the hop.

What will not wash, however, is the protesting of Brabin and others that this is an example of everyday sexism. That it’s about double standards, the sexualisation of women and the ‘male gaze’. No. One of the reasons the wardrobe gaffe was called out was that it was a distraction. One assumes, moreover, that it was the last thing Brabin would have wanted, given that she was making an important point about the media’s relationship with government. In the Daily Mail, Dame Jenni Murray lamented the naivety and lack of judgement which achieved the negative result of Brabin going ‘unheard’, asking in exasperation if women had learned nothing. Murray regretted, as she took a pragmatic line, that women might like to think they can wear what they like ‘without fear of censure. But we can’t’. Predictably, however, she could not resist having a pop the tendency of men to act like ‘over-excited teenage boys whenever they see a hint of flesh’. I’m unconvinced that excitement figured. Unlike the Mail’s Sarah Vine who, summarising what she felt was the sexism-in-action reaction to Brabin’s flesh, got sufficiently carried away to invoke imagery of pearl-clutching and smelling salts.

The other reason for raised eyebrows about Brabin’s attire as she rocked up to the despatch box relates to the matter of standards. True, nowadays it feels as if we tread warily when it comes to words such as ‘standards’. One person’s appropriate is another person’s inappropriate. Yes, standards of dress codes change over time. It’s more than 20 years since we first saw a prime minister popping outside No 10, coffee in hand, in an open-collar shirt. Some might say it’s been downhill ever since.

Most of us are not too bothered either way. That’s because we don’t have to spend much time thinking about it, which in turn is because we have an instinctive sense of what is inappropriate, such as going to the supermarket in your pyjamas. Because that essentially is about showing disrespect. There is a reason why people dress in a particular way for funerals, weddings, business meetings, school concerts. Parliament too. It’s because turning out clean and tidy and appropriately attired is a way of saying, ‘However much I disagree with you, I take this job seriously and I will make the effort to show I take this seriously.’ It shows you can be bothered to observe standards that evolved before your time.

The reputation of Parliament has been tarnished over recent years for all sorts of reasons. However it is where important work needs to be done, and it deserves to be taken seriously. That means the MPs who represent us need to make the appropriate effort in how they present themselves in the Chamber. Otherwise, what’s to stop a character looking like sitcom scruff Jim Royle lounging on the benches? And yes, while we’re about it, the lounging on the front bench not long ago of Jacob Rees-Mogg was disrespectful, whatever may be said in his defence about the Commons tradition of slouching. If in doubt, sit up, smarten up and put on a tie.

A former soap actress appearing at the despatch box might not be surprising in this day and age. But do spare us the protests about distraction and your voice and message not being heard. There are few things more disingenuous than a person who clearly wants to be looked at getting upset because people are looking.