NewsPaperthe art of publishing
HomeNewsShadow of the Stasi
268

Shadow of the Stasi 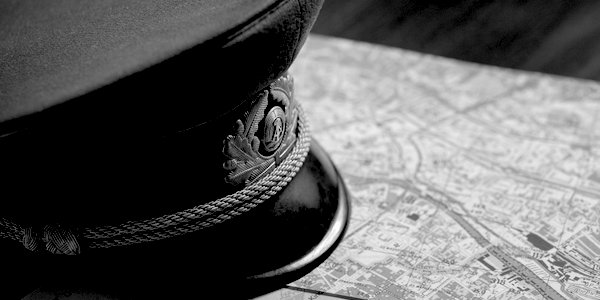 Now there are moves to bring in similar legislation in England and Wales, meaning remarks about race, religion and other issues as part of conversation or argument could be deemed illegal.

Currently, the law protects you from prosecution for stirring up hatred if allegedly offensive words are spoken ‘within a dwelling’ and cannot be heard outside. Basically, when you close your front door, you’re free to do and say whatever you like as long as you’re not committing a crime.

But the Law Commission, the statutory body which keeps the law of England and Wales under review, is proposing that private homes should also be covered.

It denies that dinner table talk would be at risk, saying that the dwelling exception is ‘poorly targeted’. But it’s worth remembering that hate crime doesn’t need to have been committed by any objective standards before action is taken. Under guidelines in England, Scotland and Wales, it merely has to be perceived by the supposed victim or anyone else.

So it’s not hard to see the potential for someone to cry ‘hate crime’ when people are talking among themselves and swopping points of views that may turn heated and argumentative.

Under Human Rights law, we are all entitled to freedom of expression without interference from public authority and we have the right to a private and family life. But all this can be overridden if it is alleged a crime has been committed.

So the proposal to scrap the ‘dwelling exception’ is understandably under fire. Tory MP Andrew Rosindell said: ‘People are already afraid of freely speaking in public because of hate speech laws which they believe stop them even telling a joke. The police have enough to do without investigating what is said inside homes.’

The issue for England and Wales was initially highlighted by Fair Cop, an organisation which fights misuse of legislation to curb free speech. One of its members, barrister Sarah Phillimore, said: ‘I cannot believe the Government is being asked to consider surveillance of citizens in their own home. How will the evidence of such hate crimes be collected? Will we have an East German-style secret police like the Stasi?’

She has a point, because a prosecution would conceivably have to involve covert snooping, or people turning informer – which was the operational trademark of the Stasi, the Ministry for State Security.

Established in East Germany in 1947 at the behest of the Soviet KGB, the Stasi kept files on about 5.6million people. It had 90,000 full-time employees, 170,000 full-time unofficial collaborators and numerous occasional informers, that meaning around two per cent of the population were some sort of spy.

The Stasi steamed open letters, bugged homes and tapped phones. Almost every apartment building had a Hausbuchbeauftragter, a superintendent who kept notes on residents’ movement and visitors.

Neighbours reported on neighbours, children on classmates, bosses on workers. Friends and even family members and lovers informed on each other, some because of blackmail, but many willingly.

Instead of being about race or religion, ‘crimes’ were usually political, such as lacking a ‘proletarian view’, disparaging the communist leadership or wanting to escape to the West.

Mercifully, the Stasi collapsed with the Berlin Wall. I hope it’s inconceivable that any such sinister organisation could have a place here in Britain. But if people are to be stopped from speaking their minds on any subject in the privacy of their own homes for fear of a knock on the door by the police and a possible jail sentence, it would certainly feel like it.