Shame of the powerful boss who had a powerless underling sacked 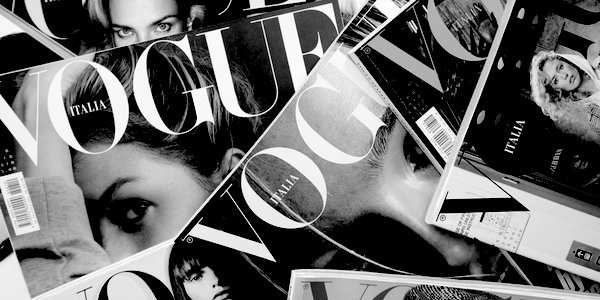 EDWARD Enninful OBE, editor of British Vogue, claims he was racially profiled by a security guard at his workplace who, it appears, mistook him for a delivery driver.

In what was clearly an upsetting experience for Enninful (though a broader-minded man might have made a joke of it) he says he was instructed by the guard to use the loading bay. In a social media post, he said Condé Nast, which owns British Vogue, ‘moved quickly’ to dismiss the security guard, who was subsequently placed under investigation by the agency which employs him. Enninful added: ‘Change needs to happen now.’

There is something which jars in this story other than the alleged racism. A powerful and privileged man succeeds in getting a powerless security guard summarily sacked and no one comments – that is disturbing.

Anti-racist campaigners like to emphasise the importance of education in healing racism. Here was a perfect teaching opportunity. Enninful is a successful and influential man who could presumably have explained to the guard or indeed to the security company what the appropriate procedure should be on checking arrivals – for example asking who they are, or checking against a list of company employees for guards not long enough on the job to familiarise themselves. He could have used the opportunity to explain how making quick assumptions about people whether on the basis of their skin colour or any other criterion can be both hurtful and racist. What better way to healing divisions and improve understanding – and manners? How shortsighted and unimaginative that he immediately resorted to getting the guard fired.

Barak Obama set the better example. After black Harvard professor Henry Gates was arrested by white policeman James Crowley, who thought Gates was breaking into his own house, leading to cries of racism, Obama hosted a friendly chat over beers at the White House. The president’s ‘beer summit’ was far more effective than the exercise of power privilege.

The power dynamics are not dissimilar in the Vogue case. But Enninful, instead of rising to the occasion, sowed more division and polarisation. By playing the victim rather than the magnanimous teacher he demeaned himself.

The uncomfortable truth for Enninful is that the guard is a victim too. For his mistake he’s been sacked from his job, possibly with little security to fall back on given the insecure nature and low pay levels of this work. Enninful, by contrast, is paid extremely well, no doubt with a contract which will secure him a pension or a generous pay-off should Condé Nast decide to dispense with his services.

The Vogue debacle throws up one more disturbing issue. Once security guards, like the police, become too scared to do their jobs effectively in case they are accused of racism, all our security and safety is compromised. This may be good news for terrorists and thugs but it’s very bad news for both counter-terrorism and crime prevention. Should anyone lose their lives because of this, blame must be pointed at race hucksters who are doing incalculable damage to our society.

The past few months have shown the extent to which police forces’ already fragile credibility has been further enfeebled by politically correct rules that now appear to trump policing crime, and by apologies where apologies are not necessary.

No wonder feral youth and thugs treat the police with such disdain. Not only did the police decide to turn a blind eye to the coronavirus rule-breaking BLM protests but they appear to have little taste or determination for putting a stop to illegal parties. It’s been quickly and publicly assumed that authorities will struggle to police them.

Last weekend bore this out. Riot police tried to break up a rave in north London. Their initial attempt to request politely that the crowd leave the area was answered with missiles and rocks in the knowledge that little would happen to them.

Britain is being torn apart by identity wars and the Tories’ dismal handling of Covid-19. We risk further anarchy if police and security guards are petrified into inaction to avoid life destroying accusations of racism. The boss of Vogue should be careful what he wishes for.