Shocking example of the heads on the march 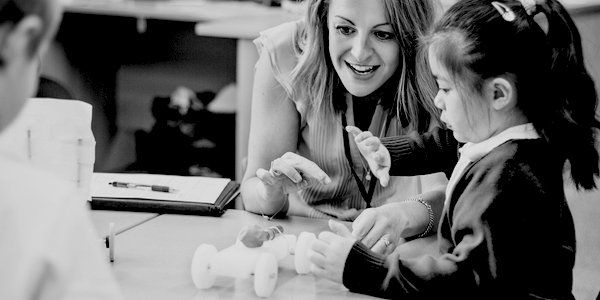 The UK is the third-highest spender on education in the world, according to the Department for Education (DfE). Such a claim is ‘disrespecting’ schools, say head teachers’ leaders, adding that the Department’s use of statistics is ‘extraordinary’ and that it has ‘serious questions to answer’. Welcome to the wonderful world of educational disharmony that continues to grab headlines. For an example click here.

There is usually only one winner when education ministers endeavour to use their department to take on the broad swathes of the educational establishment, the Blob. Indeed, most of those populating the DfE are part of that very same establishment. Spare some sympathy, then, for Schools Minister Nick Gibb.

Although he is probably about to lose this argument he has been a better minister than most of his predecessors. It was Gibb, after all, who persuaded the Tories to restore a central position to the teaching of phonics for infants learning to read, including a phonics screening check for six-year-olds.

Thirty years too late, of course, but thanks to Gibb our slow-learning Conservative Party got there in the end, and there are signs of real improvement in primary-school reading levels. The statistics underpinning this come from the five-yearly Progress in International Reading Literacy Study (PIRLS) published last year.

Worryingly, though, the reading attainment gap between the top and bottom performing pupils is wider here than in most countries. We are not about to solve the problem of around 20 per cent of school leavers being unemployable because of their poor literacy and numeracy.

It might equally have been noted of the PIRLS statistics that the Russian Federation was at the top of the assessment table, ahead of educational superstars Singapore and Hong Kong. This placing for Russia contrasts with its 26th position on the most recent and widely respected OECD PISA literacy tables for 15-year-olds (2015). Singapore is at the top with Hong Kong in second place. So how reliable are these stats?

We are all inclined to use statistics that suit our argument, but some stats are doubtless a lot more reliable than others. Take the number of head teachers playing truant a couple of weeks ago to protest against what they claim are ‘slashed’ budgets. It is generally agreed that the event was unprecedented and that the number involved was large. According to The Guardian it was ‘more than 2,000’.

What is not agreed is the extent to which spending has decreased or increased. Quoting the Institute for Fiscal Studies, the heads argue that spending per pupil has fallen in real terms by 8 per cent since 2010. The government claims that spending is at record levels. Both claims are true. An increase of 66,000 in pupil numbers explains the different perspectives. Record expenditure has not offset the expanding school population.

The UK Statistics Authority is to adjudicate. Since the ruling has been sought by head teachers, an outcome favourable to them is to be expected. Looked at more broadly, though, the government has a strong case:

The most informative OECD statistic on school funding is that in 2015 among G7 nations, the UK government spent the highest percentage of GDP on institutions delivering primary and secondary education.

Head teachers have, understandably, chosen 2010 as their statistical baseline. It allows them to point to the 8 per cent ‘real terms’ fall in spending. If the year 2000 is chosen, however, the picture changes to a 50 per cent ‘real terms’ increase. Even more startling is the Institute for Fiscal Studies finding that between 1953 and 2009 overall government expenditure on education increased by around 900 per cent in real terms (A Survey of Public Spending in the UK, 2009).

Has attainment improved in direct relation to this huge rise in expenditure? No. Rather, it has stagnated or fallen. We are the only country in the developed world, according to the OECD, in which grandparents out-perform their grandchildren in terms of the basic employment skills of literacy and numeracy.

Protesting head teachers need to explain why, on the OECD PISA tests, UK pupils trail some way behind their peers in the likes of Vietnam, even though we spend around eight times as much per head. Even taking into account different costs of living, the differential is striking.

None of this is to say that head teachers do not have a point about how government has manipulated statistics to muddle the data on overall educational spending, including fees paid to private schools. The broader picture, though, is more worrying. How do we contrive to spend so much and achieve so little?

The answer is too much for the head teachers to stomach. Our ineffective child-centred teaching methods require lots of classroom assistants and other support staff. It is they, not teachers, who form a majority (around 53 per cent) of staff in schools these days. Spending on education support staff was 138 per cent higher in 2016-17 than in 2002-03, compared with a 17 per cent increase in spending on teaching staff.

If head teachers were to cut back on support staff by around 75 per cent, the saving would allow good teachers to be better paid. It would also force schools away from the group work and child-centred learning activities to which they are addicted. Instead, they would have to use the whole-class and teacher-led methods deployed in the Asia-Pacific superstar school systems that were once the norm here.

The demonstrating head teachers should come clean and tell the truth. Taking their protest on to the streets of London was hypocritical and political. It also set a shocking example to their pupils. Staged a couple of days before the Conservative Party Conference by a profession shown by surveys to be overwhelmingly pro-Labour and pro-Jeremy Corbyn, how dare they claim it was non-political?

The fault lies with school leaders, not with the government. The amount of money matters far less than how it is spent. If head teachers want the proof, they should take a trip to Vietnam or, closer to home, to Estonia.