NewsPaperthe art of publishing
HomeCOVID-19Should I abandon my refusenik stance or my Paris holiday?
334

Should I abandon my refusenik stance or my Paris holiday? 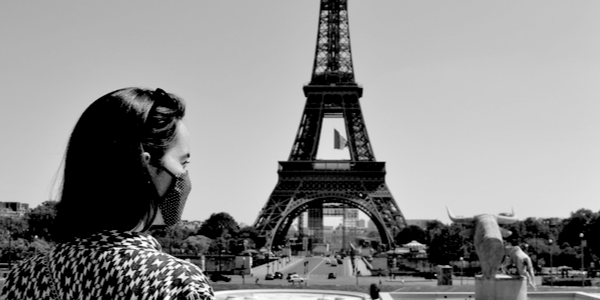 THE latest surveys show that Britons are doing much less travel abroad this year.

As someone who has chosen not to get the jab despite repeated and annoying texts from NHSvaccine, the latest move to scrap the traffic-light system and allow only vaccinated travellers to return from overseas without quarantining fills me with dismay and panic.

An analysis of the unfairness of the new rules, which are set to go live on October 4, can be found here.

It seems the pressure is on to get jabbed to avoid visits from the Covid marshals, calls from the NHS, and the fear factor of being caught nipping out to the shops during enforced quarantine (cruelly longer than it was before?)

My more paranoid friends also inform me that the new iPhones have tracking technology which you can’t switch off that lets the Government know where your GPS is located at all times.

I find my will crumbling at the thought of not being able to go abroad to see the people I love over the Christmas holidays, or having to spend part of an already miserable January in enforced isolation if I want to join friends on a ski trip for New Year.

My best friend, who is like a brother, has invited me to stay at his flat next to the Tuileries in Paris over Christmas and take a weekend trip to Deauville with his new fiancé.

Deauville is a Ritzy seaside town a couple of hours’ drive from Paris, known for its large casino, which back in the day hosted mega-celebrities such as Elizabeth Taylor.

It used to have a nightclub called Les Planches (which means diving board) that I went to as a teenager on an exchange programme 20 years ago. The club had a floor that opened to reveal a gigantic swimming pool, at a very significant depth and naturally which you could dive into.

Les Planches has sadly since closed down, probably because they couldn’t get insurance cover any more due to the risk of injury from drunk-diving incidents.

Best friend is set to propose to husband number two in Paris, which I am also due to miss and, in any event, were I able to get there you cannot go anywhere in France without a pass sanitaire.

A French colleague informs me that he witnessed people crying whilst queuing for jabs there, being forcibly inoculated as a condition to live a normal life.

What they probably didn’t realise is that their vaccine passports now enable the French government to track their every move, since whenever they enter a café, shop or other establishment by having to check in digitally, their personal information is no doubt automatically uploaded into a centralised database.

It doesn’t help my plight that the several hundred pounds I spent on cancelled Eurostar tickets from 2020 were converted into vouchers which won’t be usable without submitting to an injection and consequential digitisation of my health data. To add insult to injury, that money could have been spent on topping up my wine club balance.

The sole comfort is that Deauville and indeed Paris are nothing of what they once were; the days of real glamour being a mere memory.

Elizabeth Taylor would be turning in her grave to see what the Hollywood glitterati are wearing these days. Some attribute the recent outbreak of ‘fetish fashion’ at awards shows to a collective trauma from lockdown and an attempt to take back control from a sadistic government. Why not just admit it’s a reflection of how depraved our culture has become?

Over the last two decades the world has changed so radically as to be virtually unrecognisable. Instead of going out in person and having a laugh, we ‘meet’ over Zoom and Teams calls. We cover our faces with adult nappies and hide our smiles for fear of contaminating each other with phantom viral variants.

The closure of Les Planches unwittingly heralded a worldwide safetyism to remove diving boards and put up ‘no diving’ signs everywhere around pools worldwide. Everything has to be a ‘safe space’ now, and zero risk the ultimate goal.

I’ll be honest – as a single, and fearing more lockdown-type loneliness, I am now terribly conflicted about the vaccine following this change in travel policy. The clot shot seems the only way to go abroad and be with friends, relatively worry-free without having to face the Stasi on return.

Indeed, in the Sunday Times Travel section, writer Duncan Craig’s overview of the new rules stated of their potential effect on the unvaccinated:  ‘If that doesn’t get them nipping down to their local vaccination unit, they’re made of sterner stuff than me.’

Another option would of course be to obtain a fake vaccine passport. According to the Guardian, there is a burgeoning cottage industry in counterfeits – but where could you guarantee to find a trustworthy source?

It’s the stuff of all young refuseniks’ conversations these days. A Romanian friend told me he’s been searching and maybe in his country they’re easier to find. I wonder whether successfully gaming the corrupt system with a counterfeit pass equals the thrill of finding a cheap knock-off designer handbag?

As with the lyrics to Hotel California, ‘We are all just prisoners here, of our own device’. We all face (whether jabbed or not) the possibility of another autumn/winter lockdown where the power-hungry regime can on a whim impose any kind of restrictions or mandates it feels like.

So the capricious nature of our despotic rulers means that the spectre of loneliness and isolation prevails – unless they say so, you can never leave.

But the main question haunting me is, in the end, is it worth it, for the prospect of a quasi-normal social life again, to travel without dreading the return and not spend the holidays alone? I cannot be the only one facing this quandary. It is very cruel of the Government to do this to us.