Should Jamie Oliver take over the pandemic plan? 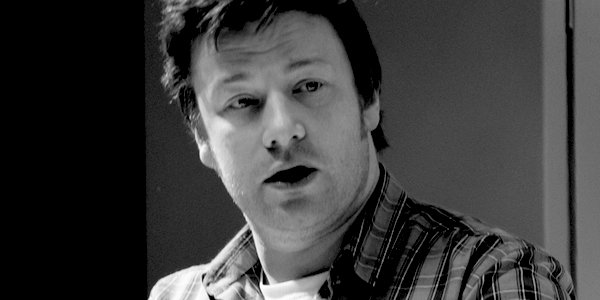 THIS week the government decided to switch tactics. Instead of a nuclear war with Russia, we will be on the receiving end of a course of mRNA vaccinations extending into the distant future, if there is one. Addressing the Public Accounts Committee, Dame Commander of the British Empire Dr Jenny Harries, an expert in public health who has been in charge of UKHSA and NHS Test and Trace since April 2021 announced: ‘Britain is still in a period of uncertainty.’ We could all have told her that, but she went on:

‘The pandemic is not over, so for the next 18 months, two years, or so I think it will be a settling-down period. There are a couple of issues about when we might get a new variant and we can’t predict that with any certainty. The Omicron wave was the fastest wave we have seen with a lot of uncertainty until our evaluative teams were able to assess how well vaccines were performing against it. The other issue is what we want to procure.’

Health advisers are currently in discussion over whether to invest in vaccines tailored specifically to new variants or buy more standard jabs. Dr Harries DBE advised fourth jabs for at-risk populations and refused to rule out fifth and sixth jabs.

For a moment I thought I was watching an episode of Would I Lie To You? I am sure David Mitchell or Bob Mortimer would have been able to get to the bottom of what was actually being proposed by Dr Harries, aka Lee Mack. I imagine it would go rather like this.

Lee: Well I am an expert in vaccines and that is all I really know actually, so yes they must be.

Lee: We are in a period of uncertainty.

Bob: Didn’t your mother tell you not to play with DNA?

And so it would go on. I am sure David and his team would vote ‘LIE’ but Lee would shock us all with ‘TRUTH’.

Dame Jenny is an expert on the prescription of vaccines for everything and spoke accordingly. No matter that UKHSA’s own figures show that Omicron is an equal-opportunity virus, affecting the vaccinated and unvaccinated alike, the show must go on. Vaccination is the modern-day cure-all, just as purgation was prescribed by Dr Purgon on every visit to Moliere’s Imaginary Invalid.

Those setting our nation’s pandemic plan are easy targets for satire, but behind this is an increasingly serious faultline. The adverse effects of mRNA and DNA vaccination are still being swept under the carpet by our medical czars, despite journal publishing beginning to press the emergency button.

The mRNA and DNA vaccines are actually nothing like what we used to call a vaccine. They are a derivation of gene therapy both ineffective and posing huge risks to health.

Recent studies have been published and data reported affirming:

It is therefore remarkable that Dr Harries did not strike any note of caution. How many times have we said to ourselves over the last two years ‘You can’t make this sort of stuff up’?The normalisation of hugely increased medical risk seems to have become the goal of public health officials.

Dr Harries is a recognised expert in public health. It is worth reflecting on what supports public health. Primarily, advances in public health and life expectancy over the last 200 years have been caused by improved diet, hygiene and working conditions. These factors are just as relevant to today’s pandemic. Five portions of fresh fruit and vegetables a day is still a prescription for health.

A study published in the BMJ found that a plant-based diet results in a 70 per cent reduction in hospitalisation rates for Covid patients. Yes, 70 per cent. The current mRNA vaccination programme does not result in any statistically significant reduction in hospitalisation for those vaccinated compared with the unvaccinated – just to spell it out, that is a 0 per cent reduction. We might be better off having Ready Steady Cook or Jamie Oliver managing our national pandemic response – seriously.

The same goes for regular exercise. A study found this has a positive impact on Covid outcomes. Taking care of our health naturally is still our number one weapon when it comes to avoiding ill health. Covid is a disease which particularly affects those with comorbidities. Many of these can be controlled naturally through improved diet, exercise, lifestyle, reduced pollution, reduced drinking and smoking, meditation and yoga.

So why didn’t Dr Harries mention any of these? Why didn’t she advise the government to assist the public through education and incentives to start making smarter health decisions? Dr Harries evidently does not rate self-healthcare; she has a degree in pharmacology. There are probably no yoga teachers, chefs, personal trainers or nutritionists working at UKHSA and especially not advising the government. If there is one thing that has to change, and change quickly, the real roots of health need to be rediscovered.

As Bob Mortimer might caution on WILTY, playing with DNA when left alone in mum’s kitchen, whether creating diseases or pretend cures, is dangerous. DNA is the interface between our consciousness and the world we live in. This interface has evolved over millions of years. I am sure that the man who invented lead piping in Rome was honoured in his lifetime, but everyone’s lifetime was shortened as a result and everyone’s intellect was stunted. No one realised until it was too late.