NewsPaperthe art of publishing
HomeNewsShould we buy into the Global Bug Bubble?
40

Should we buy into the Global Bug Bubble? 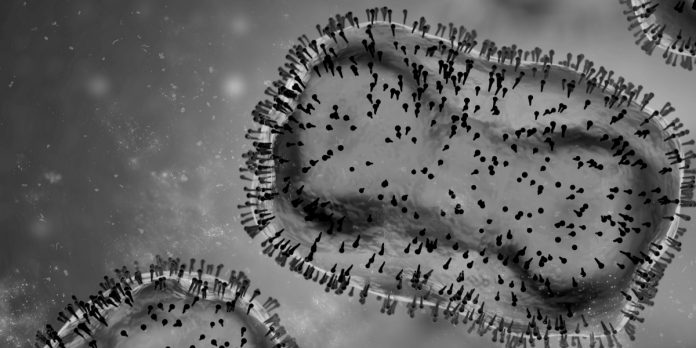 DURING the investment frenzy of the South Sea Bubble in 1720, one dodgy promoter is said to have offered shares in ‘a Company for carrying on an undertaking of Great Advantage, but no one to know what it is’.

When he opened his office in the City of London, he was besieged by crowds clamouring to buy, and in five hours accumulated a whopping £2,000 – after which he decamped to the Continent and was never seen again.

Some say the story is apocryphal, but it is nonetheless a cautionary tale that we’d do well to reflect on today. For now we are being offered the medical equivalent of that 18th century financial chimera … Disease X. No one knows what it is, but, as with Covid, we might well be asked to take an expensive punt on it.

Disease X is the make-your-flesh-creep name for what we’re told could be the next pandemic.

After cases of bird flu, monkeypox, Lassa fever and Crimean-Congo haemorrhagic fever emerged in the UK, and the discovery of polio virus in sewage samples in London, fears are said to be rising that another global virus infection of some sort might be imminent.

Mark Woolhouse, Professor of infectious disease epidemiology at the University of Edinburgh, told the Telegraph: ‘There’s a name for what we’re seeing at the moment in the UK and elsewhere, it’s called chatter.

‘It’s a term anti-terrorist (units) use to describe the small events that might signify something more major on the horizon … infectious diseases work much the same way.’

We’re used by now to medical scare stories, almost invariably groundless. But, even with the benefit of bitterly-won hindsight, they’re impossible to ignore totally.

So should we invest the nation’s credibility and cash in protecting ourselves against the as-yet-unknown Disease X if we’re told it’s on its way? Well, we pumped billions into Covid – and look how that turned out.

The winners were the Government, which earned a bonanza in terms of imposing draconian controls and even basked in short-lived popularity – and, of course, Big Pharma, which reaped riches beyond the dreams of avarice. For Pfizer, Moderna and Co, two years of flogging the so-called Covid vaccine has indeed been ‘an undertaking of Great Advantage’.

But for the rest of us, the pandemic prospectus was ludicrously over-hyped. And when the bubble burst, the only return on the investment for Britain was lost jobs, wrecked lives and a ruined economy. And now we have Disease X possibly ‘on the horizon’.

Well, if it does emerge, to stretch the South Sea Bubble analogy a little further, let’s hope the Government gets some better investment advisers than the last lot before it buys into it.