Should we mistrust the malleable Ms Truss? 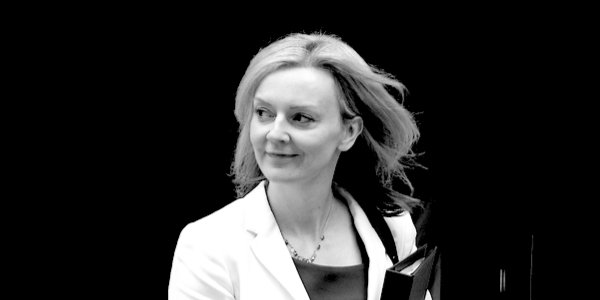 And this be law, I shall maintain until my dying day, Sir
That whatsoever king may reign, still I’ll be the Vicar of Bray, Sir.

THERE is a new Vicar of Bray today, a lady vicar by the name of Liz Truss. And she has changed her tune to fit the times with the same alacrity as her egregious predecessor.

She once held the office of Lord Chancellor, and there has never been a woman in that position in a thousand years. So, no one should underestimate Ms Truss’s ability to realise high ambition.

Of course, there have been women prime ministers before, and Ms Truss is copying the style of one of them. Unfortunately, she is imitating the style of Margaret Thatcher while sharing the political orientation of Theresa May.

The former declared she was a lady not for turning. The latter turns like a revolving door in perpetual motion. Mrs Thatcher famously said No! No! No! to the EU, while Ms Truss told us: ‘I’m proud to say that I’m thoroughly behind Theresa May’s Brexit plans’ – which is rather like saying one fully supports Hitler’s pacifism.

Like Mrs May before her, Ms Truss is a prestidigitateur with the English language. For all practical purposes, Mrs May’s Leave meant Remain.

While Mrs Thatcher’s soul was marinated in patriotism, Ms Truss’s spirit lurks somewhere else entirely. For, as she announced unequivocally at the time of the 2016 referendum: ‘I don’t want my daughters to grow up in a world where they need a visa or permit to work in Europe, or where they are hampered from growing a business because of extortionate call costs and barriers to trade.

‘Every parent wants their children to grow up in a healthy environment with clean water, fresh air and thriving natural wonders. Being part of the EU helps protect these precious resources and spaces.’

Many orbits later in that revolving door, she insists Brexit has her full support. Fair enough, we are permitted to change our minds. But if she can change once, she can change back again. And if to be perfect is to have changed often, Ms Truss is a prime candidate for sanctification.

She is consistently variable, infinitely malleable. She is the complete post-modern politician: She will be whatever you want her to be. Or she is the perfect quantum politician: Every time you look at her, you find she’s changed.

As those who patrol the boundary at the Test Match have the word steward printed on their shirts, the appropriate label for Ms Truss’s blouse would be opportunist. But we need to look beyond what she has been doing during the last ten minutes and consider her whole record.

Ms Truss, this is your life …

To begin at the beginning, you told us: ‘My parents are well to the left of Labour.’ Your mother was a member of the campaign for Britain’s unilateral nuclear disarmament (CND) and when you were young you demonstrated with them at Greenham Common.

At Oxford, you were president of the Lib Dems and you debated in favour of the abolition of the Monarchy, arguing at a political conference in 1994 that it was not fair for the head of the state to come from just one family. In 2021, you were challenged on this by Nick Robinson on the Today programme, when you did not entirely repudiate your republican sentiments.

I have tried to evaluate Liz Truss not only because she evaluates herself – and a very high evaluation it is too – but because it looks as if many in the Tory Party value her sufficiently to consider her a serious candidate for prime minister once the 1922 Committee finally realises that Boris Johnson cannot win the next general election.

She is capable, personable and presentable. She has certainly managed to get herself well-liked in the country at large.

But there is much that we don’t know about her that we would like to know. For instance, it is hard to discover exactly where she stands on the Net Zero policy and all the other green aspirations which, unless they are stopped, will make us all poor a couple of days before they freeze us to death.

Greatly to her credit, on the Gender Recognition Act, she has confirmed that in this country there will be no right legally to self-identify one’s gender, and that single-sex spaces are, and will remain, legitimate.

Liz Truss has been criticised for perceived flaws in her personal morality. For example, that she had an affair with Mark Field MP while both she and he were married to other people. While such activity is hardly commendable, if we were all to be held to account for past misdemeanours, which one of us would live to tell the tale?

I should be careful not to condemn Ms Truss, and in all fairness admit the possibility that one whose trademark is changeability might yet be a good prime minister, and even that every change she has made was done with unimpeachable sincerity.

Would she be better than Johnson? Perhaps – but that’s not saying very much. As Samuel Johnson said in a quite different context, it is hard to judge between a louse and a flea.

Perhaps we should trust Truss? But on the other hand …