NewsPaperthe art of publishing
HomeNewsShout it out in the library, culture’s on the scrapheap!
16

Shout it out in the library, culture’s on the scrapheap! 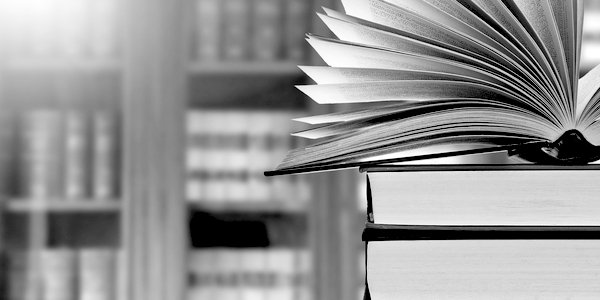 Victims of the 1987 King’s Cross fire would be astonished to see the Grenfell inquiry with its private rooms, quiet areas and a prayer room, counselling and NHS support. Morning sessions stop to allow Muslim prayer; even the location was changed after complaints that survivors could not endure the trauma of Tube travel. British law, which ignores the mutilation of immigrant children, corporal punishment in madrassas, gender-based abortion, and until this week forced marriage, is changing to ‘accommodate diversity’.

The pious nature of the Grenfell hearing shows how the fundamentals of our society are being altered. The desire for inclusiveness affects not just the law, but education and even our concept of knowledge. Instead of pursuing ‘value’ we are preoccupied with some notional ‘equality’.

Oxford University is under attack for not accommodating more children from ethnic minorities, even though many of them are stuck in failing schools. Black, mixed-race and Pakistani students are 20 per cent less likely than white children to achieve five or more GCSE A*-C grades including English and maths, according to a Department for Education report in 2013. The performance of pupils from eastern Europe has also declined. Their achievements are now similar to the previous group, while white working-class boys, who Oxford is also supposed to attract, are scraping along the very bottom.

The culture of mass accommodation has led to the downgrading of exams, desperate box-ticking and academic decline hardly disguised by grade inflation. In further education, under-educated and under-skilled students can take ‘cod’ degree courses, particularly in the arts which offer them nothing.

Acceptance of cod education, in fact our perverse relish for trash instead of art, was displayed by the BBC this week in its Radio 4 programme With Great Pleasure. Once a soothing corner of Sunday night listening, it was first broadcast in 1970 with Dr Horace King, the first Labour MP to become Speaker of the House of Commons, presenting his lifetime’s choice of verse, prose and music. He was followed by union leader Jack Dash, Enoch Powell, Siobhan McKenna and Laurens van der Post.

This week’s guest was Sabrina Mahfouz, a young British-Egyptian writer described by the BBC as ‘a Renaissance woman’. Her Renaissance has nothing to do with re-evaluating knowledge, more about getting by without any, which she has done exceptionally well.

Despite knowing nothing about the subject, she decided to become an archaeologist, and entered University College London.

‘It was to do with science,’ she wailed. ‘I’m not sure why nobody told me. I hated digging.’

She dropped out. ‘I really like books,’ she explained. She switched to Eng Lit but didn’t like the women in the novels. Next, she was accepted for a degree in politics and diplomacy at SOAS.

She was immediately fast-tracked into the Ministry of Defence but told us, ‘I just left.’

She went to the theatre for the first time, and at the Royal Court saw Random, a play by black writer debbie tucker green (sic) about a stabbing in south London, delivered in Caribbean patois.

‘It changed my life,’ she said. She decided to try writing and hit the zeitgeist.

Like tucker green, Mahfouz has garnered a slew of awards. Since 2010 she’s won the Westminster Prize for New Playwrights, been invited to New York with the Old Vic T S Eliot exchange programme, won a Sky Arts Scholarship, been published by Bloomsbury and commissioned by the National Theatre, Paines Plough theatre group produced her piece on Garage Music, she’s been playwright in residence at the Bush Theatre and climate poet in residence at Cape Farewell (a ‘cultural response to climate change’ based in Dorset) a ‘Writer at Liberty’ for the human rights group and a ‘Global Shaper’ with the World Economic Forum.

She finished giving us ‘great pleasure’ with a rap poem by her almost equally lucky Cypriot boyfriend, Anthony Anaxagorou, winner of the London Mayor’s Respect Poetry Slam, a competition organised by the Poetry Society ‘before a loud and voluble audience’, as part of Sadiq Khan’s ‘Respect’ festival celebrating multi-culturalism.

I sipped my cocoa listening to his rap, The Master’s Revenge, which attributed most European culture to the influence of black music, even the discovery of the double helix.

‘Jamaica is a major part of the narrative track,’ he stormed, and he could be right. The celebrated couple adore Garage and Grime music the way Renaissance men once revered the laws of perspective. They’ve no need for the old learning. Books themselves are now under threat as traditional cultural capital is junked and aesthetic value sacrificed for the notion of ‘community’.

It’s a mistake to think that libraries are closing everywhere. Forty new ones opened in 2012. Like public inquiries and further education, they keep the name but are a totally new brand, almost nothing to do with readers exploring the canon of European knowledge.

Newcastle library, a steel-and-glass box with a 180-seat ‘performance space’ opened in 2009. In a recent BBC programme called The Library Returns, City Librarian Tony Durcan said: ‘Libraries were once temples to knowledge and you had to be a member of that religion to gain entrance.

‘The old buildings were beautiful but people were afraid to enter them. We want them transparent so as you walk past you can see people just like you inside them.’

In 2013 Dutch architect Francine Houben designed the £188million Library of Birmingham, a pile of concrete boxes wrapped in circles of aluminium. She claims to have turned her boxes into a ‘people’s palace’. Her de-constructed venue represents ‘community’ rather than any exploration of value.

These urban projects are also about encouraging the public to move away from their old culture. BBC reporter Jonathan Glancey urged listeners to ‘forget about quiet study’: libraries are about ‘taking the whole family out for the day to make a noise’.

Any reference section, renamed the ‘mixing chamber’, will occupy only a small part. There will be ‘living space’, places for ‘partnering’ with social services, rooms for ‘gaming’, where children taught with emojis can use video consoles rather than browse through books. Of course, there has to be music, that ‘major part of the narrative track,’ with spaces for streaming your favourites. No anxious spinster in wing glasses with be there to shush you; there will be no staff.

Everyone interviewed spoke about ‘community engagement’ as the chief reason for libraries.

‘As I build it I think of the little boy from India and Pakistan walking on the streets of Birmingham,’ said Houben, ‘saying to his father, I want to go in there.’

He probably can’t read well in English but that doesn’t matter as our culture will change to accommodate him with sparkly buildings where he can game and stream. It’s not his fault that it’s becoming increasingly unrecognisable to those of us who once studied our cherished books in silence.