NewsPaperthe art of publishing
HomeCOVID-19Single, female, over 35 – the outcasts of lockdown
370

Single, female, over 35 – the outcasts of lockdown 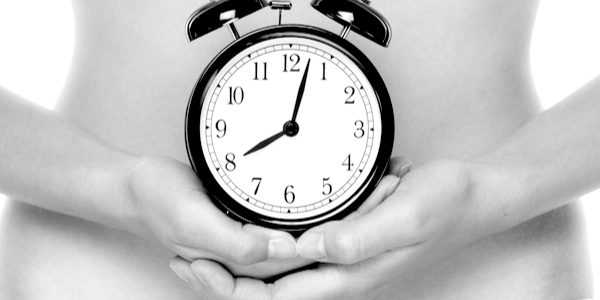 MUCH has been written about the impact of Covid on dating and mating, from couples prematurely shacking up to avoid breaching regulations to breaking up after spending too much time together.

Aside from the odd titillating piece designed to make unattached women look like sex-hungry wolves swiping as quickly as possible to find a hook-up before the next lockdown, single childless women over 35 have largely been ignored.

Lockdown limiting methods of finding a partner to dating apps inevitably further dehumanises the search for a romantic relationship. Add to that the shift in initial face-to-face meetings now being over a Zoom call, followed by a walk in the park as a first date, and the resulting bleakness of this landscape over the last year and half has had a profoundly crushing effect on most single women I know, not least because many of them face dwindling hopes for starting a family.

(As an aside, for the men reading this, the least romantic date option is a walk in a muddy park, in trainers and a bobble hat, clutching a damp paper coffee cup.)

Some singletons, like a friend of a friend, had made the grim decision to resort to a sperm-bank donation a few years pre-pandemic (and now has a child with behavioural problems) as her fertility window approached time-out. Others, having frozen their eggs, cling on to apps such as Bumble, happn or Tinder in desperation as the possibility of another autumn/winter lockdown looms.

All this is not to say that a lockdown spent imbibing large quantities of wine in a support bubble with likeminded friends cannot be adequate to stave off the almost intolerable loneliness of being single. It can, and is necessary to form some sort of community whether through live-in flatmates or by weekly home-hosted wine or (for the more intellectual of us) book clubs. The alternative, to stay alone save for Zoom calls and uploads of photo-shopped selfies on to social media or dating sites, is too soul-destroying to contemplate.

It is of course to state the obvious by pointing out that none of the government ministers or anointed experts who crafted the holy texts of last year’s Covid policies would face the prospect of spending a lockdown alone without close family members including children. Singletons are the least important demographic of any voting base. Witness the extension of pub closures last spring while schools were reopened and the headlines which abounded: ‘Pubs to shut to allow schools to reopen’.

Singletons who live alone generally present the least risk of spreading communicable diseases compared with families with children in school. The majority of professional single women now work from home permanently and therefore have drastically reduced or eliminated the chances of coming into contact with strangers. Even with trips to the supermarket or off-licence where she might put her dirty mitts on a pin-pad at the till, or at the gym, hairdressers or manicurist (closed for most of lockdown II), a single childless woman is hardly going to be capable of the industrial-scale germ spreading potential involved in hospital or school settings.

And that is my point – that, as the forgotten segment of the population whose emotional needs have been utterly neglected by this government, singletons represent the outcasts of the new sacrosanct Covidocracy. None of the burdensome rules is designed with any pressure valves to alleviate our situation. Already victims of the isolation caused by the rise of an impending technocracy, our wellbeing has been excluded from the modellers’ calculations and offered up sacrificially to appease the plague gods.

So, given the reduced quality of life of those determined to search for a meaningful romantic relationship beyond the debasement of swiping, what would anyone with an ounce of understanding about human psychology predict as to their vaccine take-up rates? Perhaps in this respect the single, childless professional woman may have much in common with those vaccine-hesitant members of lower socio-economic classes whose justifiable mistrust in government diktats stems from a twin root of exclusion and that feeling of having been left behind by policy makers. This should come as no surprise to behavioural psychologists shaping the nudge-based narrative that we can all get our pre-pandemic lives back if we just submit to the poke. But really, do they actually think we wizened old women are quite that gullible?