NewsPaperthe art of publishing
HomeCulture WarsSir Elton, the Pope and a discordant note
97

Sir Elton, the Pope and a discordant note 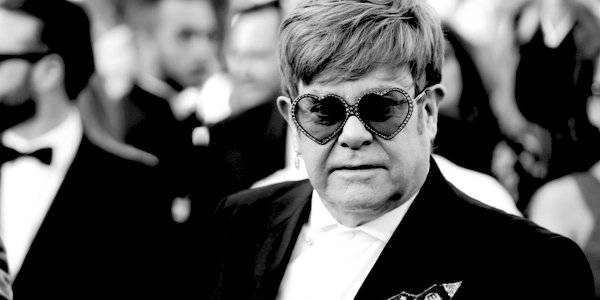 I HAVE a confession to make, and Father, it has been some time since my last confession. Despite being apostate for many years, I harbour a deep and almost obsessive curiosity about the goings-on in my old religion.

So, when the Vatican declared that the Catholic Church ‘will not bless same-sex unions, as God cannot bless sin’,  I took notice. So too did Sir Elton John, who accuses the church of hypocrisy.

The background is that the Vatican had been asked whether Catholic clergy have the authority to bless same-sex unions. The answer, unsigned but approved by Pope Francis, was No: such arrangements ‘cannot be considered licit,’ despite ‘the Christian community . . . being encouraged ‘to welcome with respect and sensitivity persons with homosexual inclinations.’ That was that.

Non-Catholic Sir Elton, who is homosexual and married David Furnish in 2014, took the ruling as a personal rebuff and ‘called out the Church’ on social media. The basis of his complaint was that the Vatican made a lucrative financial investment in his 2019 autobiographical film Rocketman, which detailed his sexuality.

Previously, Elton had been a big fan of Francis, calling him ‘my hero’ for his ‘compassion and push to accept gays in the Catholic Church’. At an AIDS benefit in New York in 2014, he even urged the audience to ‘Make this man a saint now, OK?’

The Vatican statement confirmed the church’s stance, maintaining a personal blessing for gay people, and reinforcing the doctrine of the separation of the sinner, who is to be loved, from the sin, which is to be deplored: ‘God does not and cannot bless sin: He blesses the sinful man, so that he may recognise that he is part of his plan of love and allow himself to be changed by him.’

The edict was warmly received by Bill Donohue, president of the conservative Catholic League, who characterised it as ‘decisive, non-negotiable’ and an ‘end of story’ declaration. He states: ‘The Vatican left nothing on the table. The door has been slammed shut on the gay agenda.’

I suspect that Mr Donohue is in for a major disappointment. Juan Carlos Cruz, a Chilean survivor of sexual abuse, who is gay and close to Pope Francis, said the document was out of step with Francis’s pastoral approach and was tone-deaf to the changing needs and rights of LGBT Catholics.

A documentary initially censored by the Vatican, but released last year, also provides an insight into the Pope’s liberal opinions on same-sex unions. When he was plain old Cardinal Jorge Mario Bergoglio, the Archbishop of Buenos Aires, Argentine legislators were considering whether to legalise gay marriage. In a country where over 90 per cent of the population describe themselves as Catholic, the then Archbishop sat on the doctrinal fence, and Argentina became the first Latin American Country to permit same-sex marriages.

Pope Francis is clearly eager to push forward a more liberal agenda for the Catholic Church, much like the aims of the Archbishop of the Church of England, Justin Welby, and the head of the German Bishops’ Conference, Bishop Georg Bätzing.

From the beginning of his pontificate, Francis has referred to Muslims as ‘brothers’, and he numbers the grand imam of the Al Azhar mosque, Sheikh Ahmed al-Tayeb, among his friends.

Francis has also demonstrated his green credentials, issuing an encyclical on Global Warming and ecology, Laudato Si, which states that climate change is real, and mainly ‘a result of human activity’.

In April 2016, the Pontiff visited the Greek island of Lesvos and brought back with him 12 Syrian refugees. That was interpreted as a sign of his discontent with the EU’s refugee policy and their response to the ‘migration crisis’.

More recently, he has written another encyclical, Fratelli Tutti. The gem in it for the British is his damnation of Brexit as the result of ‘populist leaders who appeal to people’s basest and most selfish inclinations’. An old trope, beloved of Remainers.

Pope Francis was greatly cheered by the deposing of Donald Trump and the election of Joe Biden. The latter is only the second Catholic to be elected President, John F Kennedy being the first, in 1960. On inauguration day, Francis sent Biden his congratulations from Rome, and it was a Jesuit priest, as is Francis, who invoked God’s blessing. The president of the US Catholic Bishops Conference, Los Angeles Archbishop Jose Gomez, however, served notice that the bishops will continue to fight Biden over his position on several moral issues, mainly his pro-abortion stance, which they regard as anathema.

In January, the Pope joined the ranks of the great and the good, or ‘celebrities’, including Sir Elton John,inrolling up his sleeve to take the Covid ‘vaccine’ and urging his flock to do the same.

All in all, it looks likely that Sir Elton and Pope Francis will have a rapprochement sooner or later.