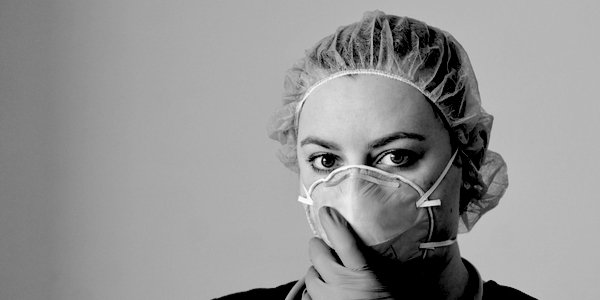 THE shocking lack of protective equipment for front line NHS staff comes as absolutely no surprise to ex-soldiers.

From the useless boots that caused trench foot in the Falklands, through lack of air conditioning in armoured vehicles in Gulf War 1, to the disgrace of the Snatch Land Rover in Iraq 2 and lack of helicopters in Afghanistan, our governments have consistently sent people to war with equipment that was known to be inadequate.

A rational person would ask why anyone expected the ‘war on corona’ to be any different.  Tommy Atkins is in the same boat as Dr Foster and Nurse Florence.

Now military equipment procurement failings generally get fixed by throwing money at them and the public outrage is limited – soldiers know the risks and a few more body bags don’t signify seems to be the tune. And for most of the public, soldiering is quite remote; there aren’t many front line soldiers, so not many people know one well. Moreover, the UK’s recent wars that have not been ones of national survival.

Conversely, we all know the NHS and we all know our GPs. Increasingly we also know someone who has Covid-19. And we can all spot a clusterf**k (military term for sub-optimal performance) when we see one.

While politicians can be blamed for policy failures, of which there may prove to be many, implementation is a Civil Service problem and responsibility.  Nor is it about money – although everyone will say that it is.  The Health Service budget (pre-Covid) is about £160billion, with an above-average per capita health spend of the Organisation of Economic Co-operation and Development (OECD) countries.

There are about 300,000 doctors in the UK and about 300,000 nurses.  Assuming one mask per worker per shift means a consumption of two million masks a day. On Amazon today,  they cost 40p each, delivered. So a mask cost of £750,000 per day seems reasonable. That comes out at 0.2 per cent of the Health Service budget. A rounding error, just like the cost of decent boots in the 1980s defence budget.

The disconnection between what is needed and what is procured is the almost inevitable result of the centralisation of control; with that come layers of extra management, data anomalies and a loss of context with the data.

Worse, a loss of focus on the purpose of the entire edifice. In a corporation, this is terminal. In government, it seems inevitable (watch Yes, Minister, now almost 40 years old and still an accurate parody of government, with its conniving, consummate Civil Service mandarin Sir Humphrey Appleby, even though it was written before the information technology boom).

Now is not quite the time to restructure government. But it is time to agree that the manifest failings of the NHS replicate those of the MoD; this is now structural institutional failure. We pay for it, what are we going to do about it?