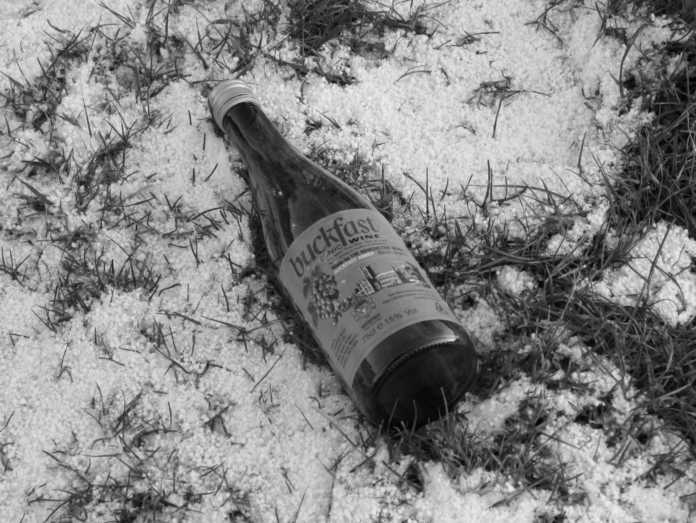 A prominent Scottish Nationalist has urged the BBC to abandon a forthcoming edition of The Antiques Roadshow. Yes, you did read that correctly. The offending broadcast, planned for later this year, will celebrate 1,000 years of Devon’s Buckfast Abbey, which describes itself as a ‘spiritual haven’. In Scotland, however, the monastery’s eponymous tonic wine is not known for producing serenity: on the contrary, the highly caffeinated alcoholic drink is notorious for having ‘almost supernatural powers of destruction’, not only upon its consumers but also for anyone unfortunate to encounter those under its influence.

The complainant is Alex Neil, one-time contender for leadership of the SNP and formerly Cabinet Secretary for Health and Wellbeing at Holyrood. Neil remains MSP for Airdrie and Shotts in Lanarkshire, part of an area dubbed the Buckfast Triangle. However, unlike visitors to its mythical Bermudian counterpart, which according to noted social commentator Barry Manilow ‘makes people disappear’, those who have partaken of the fortified Buckfast wine instead tend to become all too conspicuous, in which case Barry’s sage advice of ‘don’t go too near’ might equally apply.

Although not exclusive to Glasgow and its surroundings, Buckfast wine is primarily associated with the ‘neds’ (non-educated delinquents) of west central Scotland, though age is also no barrier to its misuse. That Buckfast is alternatively referred to as ‘wreck the hoose juice’ (the name of a fan website) and ‘commotion lotion’ is sufficiently self-explanatory; Scotland’s cultural attaché Rab C Nesbitt has also termed the monastic wine ‘sacred swally’. Though unable to offer a personal critique of its qualities, my observation is that the potent, glutinous brew is best enjoyed alfresco and slugged straight from the bottle, the environs of Glasgow’s football stadiums being amongst the traditional locations where connoisseurs gather.

Alex Neil wrote to the director general of the BBC: ‘For many years there has been great concern in Scotland about the sale of Buckfast and its adverse impact on the behaviour of those who drink it . . . a lot of anti-social behaviour is caused by the use of this drink.’ Of that there is little argument: in 2015, the Scottish Prison Service reported that 43 per cent of inmates had consumed Buckfast before their last offence. Given that a high proportion of the consumption is concentrated in a relatively small geographic area, this is an extraordinary and scary statistic.

It should be noted that the company which produces Buckfast under licence was ‘surprised by Mr Neil’s comments . . . the Scottish Government has no evidence to suggest that our brand causes any issues’. Nevertheless, Neil’s plea to the BBC continued: ‘By using the Abbey as a location of this excellent programme it could send out the wrong message, especially to young people, that the BBC was giving respectability and credibility to this drink. I would strongly urge you not to use this location; or if you insist on doing so, ensure that the BBC makes it clear that it does not in any way endorse the production and sale of this product.’

The Beeb naturally confirms there will be no on-air promotion of the drink, therefore anyone who hopes to see an intoxicated Fiona Bruce challenge the show’s attendees to a square-go will be disappointed.

Alex Neil’s concern regarding the fortified wine’s place in the drinking culture of Scotland is no doubt well-intentioned but his protest was absurd: potential consumers of Buckfast are unlikely to spend Sunday evenings watching Antiques Roadshow, nor to be influenced by its content. Indeed, Neil’s letter of complaint has publicised the offending drink much more than the genteel programme’s proposed celebration of the Abbey’s history.

After a lengthy legal battle by the SNP Government, in May 2018 Scotland is to introduce minimum pricing for alcohol. While this will increase the cost of the cheapest beers, wines and spirits, ironically it will not necessarily affect Buckfast, the average price of which already exceeds the proposed minimum of 50p per unit. The Nats’ scheme will therefore penalise cost-conscious responsible drinkers but do nothing to deter the anti-social habits of those devotees of Buckfast whose interest in its potency trumps any concerns over its price.

From the party that stubbornly still seeks to impose upon all families Orwellian state guardians – the ‘named person scheme’ is only on hold and has not yet been abandoned – minimum pricing for alcohol is another example of the Nats’ muddle-headed gesture politics. Were the Antiques Roadshow to evaluate the Holyrood parliament, it would assess the SNP Government as a worthless artefact, a curiosity which remains inexplicably popular despite providing no useful purpose.