So far apart in time 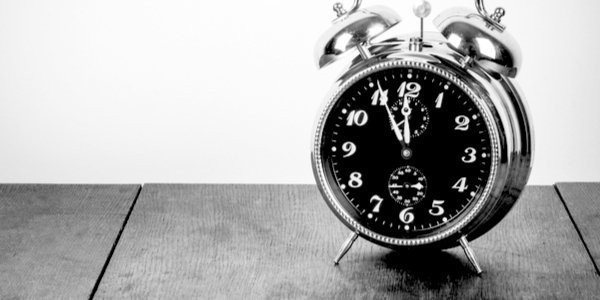 THE alarm went off at 3.15am. The lad felt for the matches and lit the candle.  He was living with a farm worker, his wife and child, so was careful to be quiet as he dressed and carried the candle downstairs. He worked the pump in the kitchen and had a quick wash in cold water. Blowing the candle out, he groped his way to the door and went down the garden to the privy, where he stored his bicycle. The pig snuffled hopefully in its pen, as it did every morning when he went by.

It was a short cycle ride, along the road, then the old farm lane, and through the gap in the hedge on to the airfield peri-track. Some RAF personnel were already busy on one of the Mosquitos in the hangar and gave him a cheerful wave.

As he opened the Met Office door there was the usual surge of warm air plus the very welcome clatter of the teleprinter. It was critical that it had switched on automatically at 2am. Quickly he spread the new charts out on the plotting desk, chopped the long length of teleprinter output into small sheets, dipped his pair of red and black pens in the appropriate ink, and began work plotting the coded weather reports. The charts had to be completed by 5.30, ready for the forecaster who would carry out the early morning briefing.

The lad was a 16-year-old recent Civil Service recruit into the Assistant (Scientific) grade. It was September 1947 and the other members of the office were still in uniform. The WAAFs who had done his job in the war were still there. The forecasters were junior officers.

The airfield was currently the base for the Mosquitos of 204 Advanced Flying School. Maps on the office wall showed the various tracks for the cross-country exercises, and there was another showing all the airfields that existed at the end of the war in 1945. There was a feeling that the RAF, at least, thought that hostilities were not quite finished and might break out again at any moment.

Mornings were always busy. The lad plotted charts and upper air diagrams, carried out detailed weather observations every hour, coded the information and sent it to Group HQ. The forecaster dealt with phone calls from pilots about possible thunderstorms for that night’s navigation exercises. Others drifted in and out wondering if the afternoon’s weather would allow longer flights. They were all anxious to catch up on their flying programmes which had been severely curtailed the previous winter. All the while the teleprinter churned out the coded weather reports from ships far out in the Atlantic and observing stations across most of western Europe.

His relief came early. She had joined up in 1943 and had worked at several airfields around Lincolnshire and Rutland. He was thankful that everything had gone well. It was only recently that he had been judged fit to be left on his own for the important morning shift.

The ride back was easy, now with the wind behind. There was the usual wave from the technical crew swarming over another Mosquito. Through the gap in the hedge, down the lane and back to the old cottage.

The airfield was RAF Cottesmore in Rutland, the cottage was in the tiny hamlet of Barrow. It had pumped water; cooking and heating was by way of an old solid fuel range in the kitchen, lighting was candles or a single oil lantern in the evening.

The gap in the hedge was the boundary between two Englands, close neighbours, but so far apart in time. The folk in that cottage would have lived the same way two hundred years before, and in similar hovels hundreds of years before that: the farm worker, his wife, their children, and a pig.

Only for a few years was it possible in this country to go back so far in time over such a short distance in space. Barrow got ‘the electric’ (as they called it) eventually, of course. The RAF went away years ago.

I was there: I was that time-travelling lad.

Share
Facebook
Twitter
WhatsApp
Email
Previous articleChope, the Tory MP on a moral mission against his own government
Next articleOur top ten articles of the week