NewsPaperthe art of publishing
HomeNewsSo when will we see plain women on the cover of Cosmo?
79

So when will we see plain women on the cover of Cosmo? 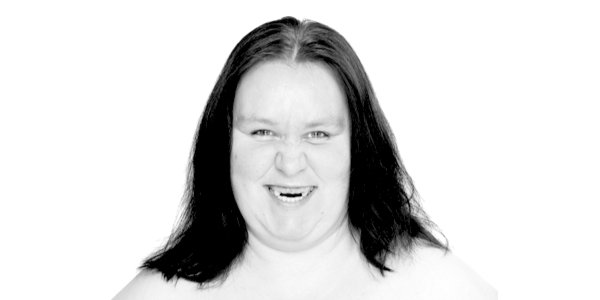 HEARST UK, the publisher of magazines such as Women’s Health, Elle and Cosmopolitan, tells us that only 4 per cent of women in Britain feel beautiful.

According to its press release: ‘Over 2,500 women, aged 18-65, took part in surveys, kept diaries and attended focus groups to understand how they think and feel about their bodies on a day-to-day basis. The headline result – that only 4 per cent of UK women feel beautiful – has led to the creation of the campaign ‘Project Body Love’ which has an end goal of permanently changing the way women feel, and ultimately speak, about their bodies.’

Before I say anything more, can I ask you to take a look at the recent covers of Elle magazine here.

Notice anything about the women? Quite lovely, aren’t they? Beautiful, I would say. In a way that is unreachable for, let’s say, 99 per cent of women in the UK. I can’t help but wonder if this puts pressure on young girls to be dissatisfied with the way they look? Anyone agree? The hypocrisy is breathtaking.

Then there is the ludicrous arrogance of the goal to ‘permanently change the way women feel, and ultimately speak, about their bodies’. I tend to think that Shakespeare’s writing will be with us till the end of time. But Hearst’s ‘Project Body Love’ campaign? Do you know, I don’t think it will even lead them to change their own covers. I would dearly love to be proved wrong.

Some of the Hearst survey’s findings are quite interesting.

‘87 per cent of girls grow up thinking the world will judge them on their looks.’ The 87 per cent are, of course, right. We are visual creatures. We appreciate beauty. We also appreciate signs of care and effort. When you take some care with your appearance it is an other-regarding act; it gives pleasure to other people. When it turns to hours in front of the mirror, at the gym, undertaking Gwyneth Paltrow’s latest beauty fad, somewhere along the line it becomes self-regarding. And when young girls who haven’t got a hope start trying to look like the cover of a Cosmo magazine, we know that it can become outright harmful and sometimes tragic.

‘Only 6 per cent of women agreed with the statement “I love my body”.’ Good for the other 94 per cent. Hopefully they spend their time enjoying themselves or doing something useful in the world rather than gazing at the mirror. Or perhaps when they looked at the survey question they just couldn’t decide. Do I love my body? Do I love my little finger? What about my big toe? How many angels can fit on the head of a pin?

In the next issues of their participating magazines, Hearst is going to include ‘Mirror Mantras’: apparently 66 per cent of research participants said that hearing or repeating positive words or phrases would give their confidence a boost, so the phrases ‘I am doing my best’, ‘I am grateful for my body’, ‘I am strong and capable’ and ‘I am happy with the way I am today’ will be included as large print-outs. Women’s Health is encouraging women to stick a mantra to their mirror and share a selfie to Instagram, using the hashtag #ProjectBodyLove, while saying something positive about themselves.

Can you spot the vacuous shallowness of all this? Let’s get young women spending yet more time in front of the mirror, staring at themselves and sharing selfies on Instagram. I would rather encourage my daughters to go to church, or do some homework, or help out at the food bank, or empty the dishwasher, or look for worms in the back garden . . . or about a million other things.

Call me an old feminist from way back, but I can’t help but think that the publishers of women’s magazines have played a significant role in the creation of unreachable archetypes of female beauty. They relentlessly portray size 8 women, any imperfections airbrushed out – and then they’re mock-shocked that bog-standard size 16 women don’t feel beautiful. If they can’t spot the hypocrisy, they are the ones that need to take a long look in the mirror.