Social engineering by big business – the unacceptable face of capitalism 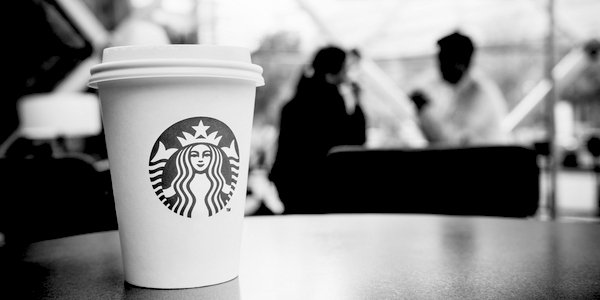 Capitalism has been the greatest agent for social progress in the last four hundred years. This is generally acknowledged, except by ‘Studies’ lecturers and their students, romantic revolutionaries and members of Momentum – but I repeat myself.

Capitalism has provided an avenue out of poverty for billions, given impetus to innovations which improve life and promoted efficiency of production and distribution to the benefit of all.

Most importantly, capitalist economic freedom is a cornerstone of political freedom. Wherever the state owns the means of production and can set prices, we find a powerful government and a large bureaucracy which inevitably extends into other areas of life.

Despite these hugely important by-products, the root purpose of capitalism is the creation of wealth, which in turn brings benefits all round. Adam Smith expressed this pithily: ‘It is not from the benevolence of the butcher, the brewer, or the baker, that we expect our dinner, but from their regard to their own interest.’

In the 21st century, battered by financial scandals and ethically unsure, corporate enterprise has frantically sought to portray itself as morally renewed, having undergone an ethical detox. All the nasties have been flushed away, leaving the banks, businesses and corporations shining, pure and on-message.

In doing so, enterprise has hitched its wagon to the train of social progressivism. In their anxiety to court the approval of the powerful progressive establishment, corporations now strive to show how socially aware and in tune with the ‘enlightened’ zeitgeist they really are. Banks and building societies, rail companies and coffee vendors are now touchy-feely organisations.

When capitalists willingly become agents of establishment social engineering, we find the tail wagging the dog. Alliances are made with those who are no friends of free enterprise, as headlined in a recent Guardian article: ‘Even at Davos, capitalism’s critics are centre stage’.

Corporations are learning that you cannot swim in the sea of progressivism without the danger of getting out of your depth. Search for approval from the socially aware inevitably leads to pie-in-the-face moments.

L’Oréal was applauded for hiring Munroe Bergdorf, a transgender model – who was fired within days after Facebook comments suggesting that all whites are racists were unearthed.

British firm Illamasqua pounced and snapped up the disgraced Bergdorf to front its new campaign based on gender fluidity. Illamasqua announced: ‘Munroe embodies diversity and individuality; she is not scared to be truly herself. But Munroe doesn’t just stop there. She speaks out about the issues that affect not just her but the rest of our generation, seeking to improve the society we live in’.

L’Oreal, nothing daunted, continued to run in the social justice PR stakes and hired the hijab-wearing model Amena Khan. She was quickly forced to withdraw after it was revealed that, despite claiming ‘diversity is one of my passions’, she was also given to anti-Semitic tweeting.

Following the public relations fiasco of Virgin Health successfully pursuing the National Health Service through the courts for undisclosed sums, Virgin Trains hit on a wizard wheeze. Why not ban the sale of the Daily Mail on trains? Surely that would grab the SJWs by their values and put the polish back on Virgin’s progressive credentials? Virgin smugly announced the Mail ‘did not align with the company’s values’.

Such was the outcry of ‘censorship’ from people who actually buy railway tickets that Richard Branson quickly rushed out a statement denying personal responsibility. He hadn’t known of the decision and he would never have approved it – perish the thought. Clearly some overeager staffer had misinterpreted Branson’s wishes in a Henry II vs Thomas Becket replay. Every overlord should have a platoon of disposable minions.

We are used to entertainers posturing as deep-thinking social philosophers, but have little appetite for corporations imitating them. Most consumers wish corporations had a straightforward focus: rail companies running trains that get you to your destination on time, with a seat, at a reasonable price, and cosmetics companies selling the illusion that their products really do make you more attractive.

A trading mechanism is not an all-embracing ideology with the purpose of redeeming the world and failing – we have communism for that. When companies such as Ben & Jerry’s and Starbucks promote same-sex marriage we know that they are no longer business companies and have become ideological social engineering concerns.

This was evident at Starbucks’ 2013 shareholders’ meeting. When a shareholder argued that Starbucks had lost customers because of its support of same-sex marriage, CEO Howard Schultz said: ‘Not every decision is an economic decision.’ Starbucks has since taken a stance on issues such as the national debt and race in America. Schultz endorsed Democratic nominee Hillary Clinton’s failed presidential bid.

If this was a form of attracting customers from a particular demographic, young, intensively schooled but ill-educated, socially trendy, middle-class earners with disposable income, it could be seen as a marketing ploy. However, since early 2017 Starbucks has been struggling. The company has been facing ‘operational issues and brand reputation challenges’. Part of the ‘reputational challenge’ has been the backlash after Schultz, in response to Trump’s executive order attempting to control immigration to the USA, announced plans to hire 10,000 refugees worldwide in the next five years.

This is the most unscrupulous aspect of corporate progressivism. Like its political counterpart, it utterly disregards the Christian-based Western culture which gave it birth. Working on the assumption that a continuous supply of cheap labour is necessary to maximise profits, socially progressive corporations exhibit all the vicious greed and anti-social mentality that capitalism’s enemies have always charged. They consider the destruction of the distinctive cultures of Western nations through an unfettered flood of immigrants a small price to pay for their aims.

There is an unacceptable face of capitalism, and it is socially progressive.