NewsPaperthe art of publishing
HomeNewsSocialism – the scourge of Africa
31

Socialism – the scourge of Africa 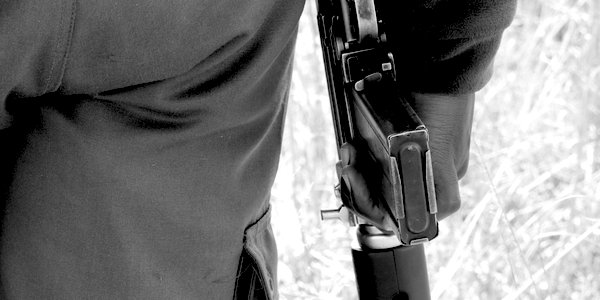 WESTERN useful idiots such as John McDonnell, Bernie Sanders and Alexandria Ocasio-Cortez continue to embrace socialism, despite its bloody history. And clueless young people unthinkingly hang on to their every word. Their uncritical support of this ideology potentially threatens freedom and prosperity on both sides of the pond.

Those who try to make socialism trendy, and therefore more palatable, claim that it has never been implemented correctly. They have a point, but not in the way they think. True socialism, as envisioned by Karl Marx and Friedrich Engels, never works because these two ideologues forgot to factor in the human condition. The human ego and desire for power means that a dominant group in any culture or political system will always rise to the top. If not held to account, the dominant elite will dismantle any pretext of equality promised by socialism.

On paper, socialism always looks wonderful. ‘Dictatorship of the proletariat’ and ’emancipation of the working classes’ certainly make great T-shirt slogans. But as soon as a socialist regime – or its bastardised offshoots communism, Stalinism, Leninism, and Marxism – are implemented, destruction, war, mass human suffering and death is guaranteed.

Lofty ideas of ‘equality for all’ soon disintegrate under any socialist regime. Kleptocracy, dictatorship and totalitarianism take over. The minority elite in power always enrich themselves through conspicuous consumption. Those who protest against tyranny are beaten into subservience, imprisoned or killed.

Yet socialism always paints itself as a saviour. The USSR used to explain its colonial endeavours in Africa as ‘anti-racist’, long before Antifa blighted our world with similar preposterous claims.

In 1973 Angola’s independence from Portugal was short-lived as the country rapidly became an African satellite state of the USSR. In 1977 the ruling Popular Movement for the Liberation of Angola (MPLA) declared itself a Marxist-Leninist regime. What followed was almost two decades of war between the MPLA, backed by the Soviets and Cuba, and the National Unity for the Total Independence of Angola (UNITA) and their occasional rival, the National Front for the Liberation of Angola (FNLA). UNITA were supported by South Africa and the US.

The apartheid regime feared the ‘rooi gevaar’ (red peril) of communism. Because Angola was close to its border and so posed a threat, South African soldiers were sent to fight there. Compulsory conscription into the army meant that white South African teenagers were disposable fodder in this war. Families dreaded their sons being ‘sent to the border’ – this was whispered fearfully by families whose children were at risk. News of the brutality of this war managed to filter through despite the censorious apartheid press laws.

After the dissolution of the USSR the MPLA abandoned Marxism-Leninism. It was too late. The pursuit of socialism had wrought its usual legacy of carnage. Civil war continued in the 1990s and by 2002 half a million Angolans were at risk of starvation.

Another former Portuguese colony, Mozambique, became independent from its colonialist rulers in 1973. Within two years the ruling party Frelimo imposed a Marxist-Leninist regime after signing a treaty with their new colonial masters, the USSR. A treaty cementing this new colonial regime was signed under the guise of ‘fighting racism’, a false mantra often heard from deluded wannabe socialists who have never opened a history book.

And so began another civil war in Southern Africa, sparked by the embrace of socialism. A rebel group, Mozambique National Resistance (Renamo), fought Frelimo for control of Mozambique for 17 years. This civil war partially mirrored the Angolan one as Renamo was supported by what was known then as Rhodesia (now Zimbabwe), and later South Africa. Frelimo was backed by the USSR and Cuba.

War continues in Mozambique. Drug trafficking is rife. Government ministers embezzle millions, Islamists are encroaching in the north and journalists are being assassinated. Like so many other African states, Mozambique has capitulated to its latest colonial rulers, China, who are stripping the country of its forests.

A horrific consequence of Mozambique’s civil war was the thousands of landmines laid by Frelimo and Renamo. Up to 15,000 people were killed or lost limbs by stepping on a landmine.

The civil wars in Angola and Mozambique were proxy wars for the USSR, US and South Africa. Both countries were made vulnerable through their embrace of socialism.

Another Southern African country to capitulate to a dictatorship under the guise of socialism is Zimbabwe. Robert Mugabe became prime minister after the country achieved independence from Britain in 1980.  His legacy was transforming his country from the breadbasket of Africa into an almost failed state, beset with suffering millions. Mugabe was a brutal ruler, inflicting untold hardship on millions in the name of Marxism while he and his cronies enriched themselves at the expense of starving children.

I have mentioned only three countries. But there are many more in Africa which capitulated to totalitarianism under the banner of socialism. Tribal factions did not help either. African countries fought for independence from European rulers only to fall into poverty, civil war and instability by adopting socialist manifestos. They became Soviet colonial outposts and suffered collateral damage in proxy wars.

After the dissolution of the USSR, China took advantage of the vulnerability of these countries ruined by seeking a socialist ‘paradise’ and began colonising them through debt trap diplomacy. https://share.america.gov/countries-in-africa-reject-belt-and-road-deals/ Governments which can’t afford to pay back the hefty loans China grants them will be forced to promote China’s political interests and hand over infrastructure.

The colonial advances of the USSR into Southern Africa, and the subsequent destructive consequences of trying to implement socialism there, have been ignored by our educational institutions in favour of promoting the ‘virtues’ of socialism. We view Nazism with abhorrence. Surely, given the devastation and murderous history of socialism, we need to view it and those who promote it with similar revulsion.

If only Angola, Mozambique and Zimbabwe had implemented democracy and capitalism, millions could have been saved from suffering, war and death. Democracy and capitalism are not perfect but they are the best political and economic systems we have. Democracy has inherent checks and balances which minimise government corruption and conspicuous consumption.

But their ruling elite, and their colonial masters, were encouraged by Western useful idiots to pursue socialism. They literally got away with murder because of this.

War is fought in the name of ideology and millions die suffer and die because of it. Implementing socialism has proved to be soaked in blood over and over again, as Africa shows. Should the West ever capitulate to this bloody dogma it will have signed its own suicide note.