NewsPaperthe art of publishing
HomeNewsSociety’s downward spiral can be halted – if the church leads the...
0 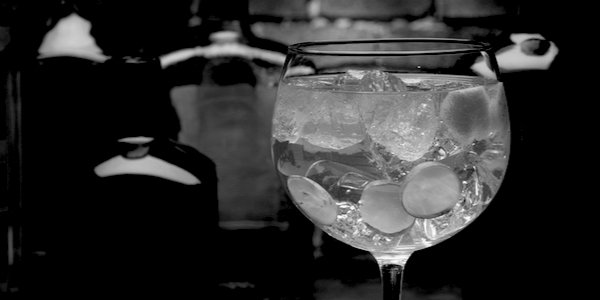 Shakespeare writes in Julius Caesar: ‘There is a tide in the affairs of men which, taken at the flood, leads on to fortune’. Progressives have taken advantage of the flowing tide. Wherever possible they relentlessly press ahead to dismantle the Western culture built on Christianity. At times they seem unstoppable. Like Tony Blair, they feel the hand of history on their shoulders.

Superficially they may have a point. Once an action has been advanced in the name of a sexual minority, and it is usually a sexual minority given the progressives’ obsession with sex, can it be undone?

‘History is on our side’ is the oft-repeated quasi-Marxist claim of progressives. Unfortunately for them, there is no irreversible tide of history. History does not take sides, it is a record or interpretation of what has happened, not a prediction of what will happen.

Progressives believe society has a built-in ratchet effect. In one of his numerous parting statements, President Obama said that he didn’t think the legal and social achievements of sexual minorities during his administration would be reversible: ‘American society has changed and the attitudes of young people have changed.’

Is it possible to row back? Perhaps the ratchet effect is the best we can hope for. Progressives move society further in their direction, social conservatives take action and stop their advance; then progressives gain power and make another irreversible change. And so on, ever downwards.

If a delaying action is the best we can expect, there is very little to hope for.

The theory is that once the production of an addictive product, or pattern of behaviour, has become society-wide it is unstoppable. History doesn’t bear this out. Cigarettes are a mass-produced, addictive product whose once widespread acceptance has been severely curtailed. Driving under the influence of alcohol was until recently an accepted fact of life but is now a social taboo.

History teaches that it is possible to reverse trends and change society fundamentally in a more sensible direction. Just over two hundred years ago, Britain’s urban working class and industrial poor were addicted to cheap gin, our first industrial-scale drug addiction. Mass-produced gin was so cheap that anyone could afford it. London, with a population of approximately 740,000 in 1760, had an estimated 10,000 gin sellers. Destitution, crime, and premature death were the inevitable consequences.

Britain’s politics were notably corrupt. Seats in Parliament were bought and sold, and votes went to the highest bidder or followed the patron’s whim. For a working-class man or woman, the courts would be the last place to go looking for justice. Penalties were harsh and fell mainly on the poorest.

What defeated gin and corruption, and changed Britain for the better, was the Evangelical Revival. The church was reinvigorated and Christians were moved by the Holy Spirit to campaign for a wide-ranging reformation of behaviour and of laws.

William Wilberforce is best-known for his anti-slavery campaigning, but he also championed the relief of chimney sweeps and prostitutes and the humane treatment of animals. He sat on the boards of more than a hundred charities devoted to improving the lives of the poor. There was a national groundswell of Christians like him, prepared to work to change society.

The spiritual revival was the foundation for the social revival. Attempting to renovate a building whilst ignoring the shaky foundations leads to failure. We cannot hope to recover the Christian values which shaped Western culture unless there is a prior recovery in the church.

Some argue that the church is too weak and too far enmeshed in the prevailing culture to give hope of revival, spiritual or social. The church in 18th century Britain was similar to the church today. Its leadership had mostly been taken over by deist and rationalist ideas and both the spiritual and moral impact of Christianity had largely disappeared. Church attendance had plummeted and churches began to be reorganised and scaled down.

As described by one historian, the 18th century Church of England ‘was not a religion which had much appeal to the men and women living brutal and squalid lives in the disease-ridden slums of the new towns and mining villages’. Bishop Butler in 1738 lamented that Christianity was treated as though ‘it was now discovered to be fictitious . . . and nothing remained but to set it up as the subject of mirth and ridicule’. That same year the Wesleys were converted and we find the seeds of the revolution in the church which led to a revolution in society.

It was not only Shakespeare who wrote about tides. In What Every Woman Knows J M Barrie has Maggie write, ‘Gentlemen, the Opposition are calling to you to vote for them and the flowing tide, but I ask you cheerfully to vote for us and DAM the flowing tide.’