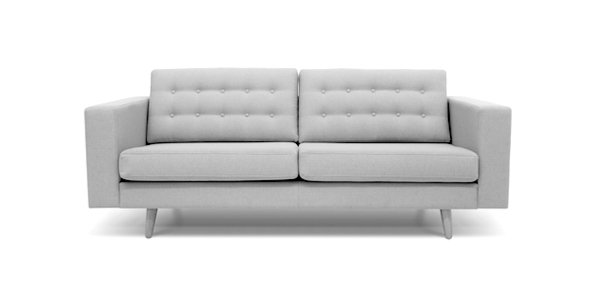 YESTERDAY on TCW Kathy Gyngell berated Andrea Leadsom and Amber Rudd for perniciously playing the gender card. As she noted, the feminist orthodoxy espoused by these cod-Conservatives is ‘making it ever more difficult for women who choose to think differently, who want to put their families first, to do so’.

The article alluded to an acquaintance who is expecting her first child and whose unfashionable perspective is: ‘Why have a baby if you are not going to look after it?’ This prompted Kathy to ask: ‘Which of our women MPs, I wonder, would be prepared to advance this young woman’s point of view? Which would admit that such wishes existed or would go into bat for the stay at home mother?’

Whatever they might claim, the female contingent in Parliament offer precious little practical or moral support for the choice of this young mum-to-be. Indeed, should a wife and mother conspicuously devote herself to the well-being of her husband and children, she is liable to be ridiculed on national television.

Last week such a fate befell Australian Brooke Smith. Contributing to a Facebook group titled ‘Mums Who Cook, Clean and Organise’, the Brisbane-based mother of four, all under six, had shared her busy schedule:

I always make sure I don’t go to bed until everyone’s lunches are packed, their clothes are set out for the next day including my husband’s and the house is clean, dishwasher is on and load of washing is on.

A happy mum equals a happy household. Do it even when you feel like not doing it because you’ll be happy for it the next day.

Not an itinerary which every woman would wish to emulate, but hardly a news item, one might think. Nonetheless, Brooke Smith’s  posting was picked up by Today, the breakfast TV show on Australia’s Channel 9, on which the sneering female host announced: ‘I want to take you back to the 1950s.’

The free choices made within the Smith family were the subject of a foul feature. In the clip below, the female presenter, Allison Langdon, signals her disapproval by affirming, to the amusement of her studio colleagues, that she would tell her own husband (a fellow media performer) to ‘make your own bloody breakfast’.

Seemingly undecided whether Brooke Smith is a drudge or an airhead, Langdon also chides the blameless woman for being photographed immaculately coiffed and made-up.

The male opposite her on the studio sofa is even more contemptuous of the couple. Fluently feminist, he blames the husband for turning Brooke Smith into a Stepford Wife: ‘Has he hypnotised her or something?’

To general hilarity, he also asks whether the husband is ‘disabled or something’. Perhaps the fool should have paused to consider why the husband has breakfast so early: he combines full-time outdoor construction work with running a gym for mixed martial arts; the couple also breed bulldogs. Despite which, the industrious husband was derided on TV and told to ‘get a grip, get off your bum and do stuff yourself’ – this order coming from a smug and sedentary podgy pundit.

Heaven forfend that a woman might prioritise the welfare of her hardworking husband and young children, which obviously is a far less important role than yakking on breakfast television.

Fortunately, Brooke Smith remains unfazed: ‘I think that if someone works hard in the sun all day and now after hours to make their business work, I think it is the least I can do and he shouldn’t be expected to come home and cook and clean . . . for us, taking the traditional male and female roles on in our households creates a happy family.’

Sellner concludes: ‘Once again the feminist narrative of claiming to support all women is exposed as a pitiful lie’ – a fact which is as true of British politics as Australian television.