Some tough home truths about the border caravan 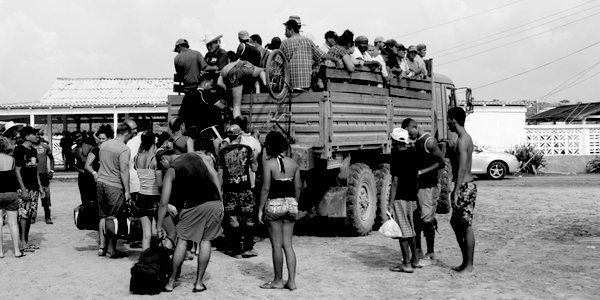 A few points about the migrant ‘caravan’ that has now arrived at the United States border.

The Guardian covered some of the stories of those travelling to the United States, and they without a doubt evoke sympathy and compassion.

However, this piece reveals some clear truths which many of those on the Left would like to dispute.

1. There are sh*ithole countries and many of them are in Latin America, countries which these immigrants are fleeing. For instance there is Maria, who ‘fled San Pedro Sula in Honduras after gang members constantly harassed her family for bribes and “taxes”. When they couldn’t pay, some men burned down their house, then murdered her two brothers.’ These assaults and murders are everyday events that millions of people must live with.

2. If you live in a common law jurisdiction you should get down on your knees and thank God every day for your good fortune to have security, property rights, political, religious and economic freedom as well as a functioning health care system. It is odd that for all the patriarchal oppression that exists in the West, people from all over the world risk life and limb to get here.

3. The people within the caravan are immigrants not refugees and do not, as far as I know, have an automatic right to enter the United States.

4. Immigrants should not be demonised, least of all by politicians. However, they will need more than compassion and warm words. The immigrants have significant health, education, housing and basic nutritional needs. In this Guardian piece alone two parents were caring for children, one with Down’s syndrome and the other with severe cerebral palsy. It is immoral to give sanctuary to families such as these but not care for the children.

5. If a political party believe that their country can offer thousands of immigrants the necessary resources for their significant health, education, housing and basic nutritional needs from the welfare systems of the electorate the politicians have been elected to serve, they must ask for the consent of that electorate before making such an offer to non-citizens.

These are some of the hard choices facing the politicians and citizens of the United States. These ethical dilemmas are not easy to resolve despite what many people would have us believe.