Something rotten in the state of Arizona 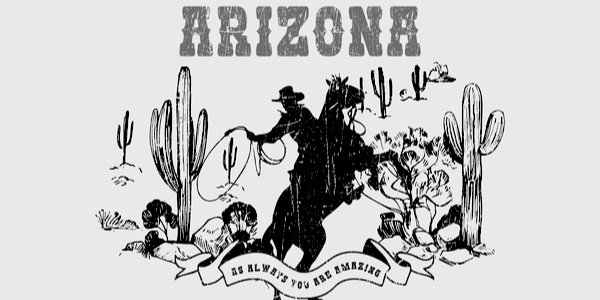 LAST November’s American presidential election threw up some, shall we say, interesting results. The wounds that were opened on that evening are yet to heal, with many a Republican still firmly believing that the election was rigged from the outset.

Attempts to prove foul play have naturally been ‘fact-checked’ out of existence, pooh-poohed by the media or simply ignored. Nevertheless, one county in Arizona has become a focal point of efforts to demonstrate that election fraud took place in November 2020.

Maricopa County was, since 1952, firmly Republican. Home to over 60 per cent of Arizona’s population, it is a key battleground; winning the area is the key to obtaining the state’s 11 electoral votes. In the election, however, it turned blue, along with the state as a whole. Biden secured victory in Arizona by a mere 10,000 or so votes.

In an attempt to uncover any shenanigans a private audit was started in April 2021, the results of which have recently been released.

If you read the limited reporting in the mainstream media, the only conclusion of the Maricopa County audit was Biden being shown to have won 99 more votes than counted on election night. According to them it is just more confirmation that Trump lost and Biden won in history’s fairest election.

This, however, neglects the purpose of the exercise. It was an audit, not a recount. The company behind the audit, called ‘Cyber Ninjas’, released their executive summary last week. Their leading claim is that 23,344 postal ballots were sent from former addresses, fuelling speculation about the validity of such votes.

Maricopa County’s official Twitter page said that this was entirely legal under federal election law, giving a number of reasons as to why people may have sent mail-in ballots from a different address. While there are legitimate reasons why votes can be cast from previous addresses, there has been no official appetite to investigate the potentially unlawful reasons.

Other findings, which collectively have an impact on many thousands of the ballots cast in November last year, include more ballots being returned by a voter than they had received and voters potentially voting in multiple counties.

The audit was unable to trace the identity of 86,391 voters, of whom 73.8 per cent were either registered Democrats or had no party affiliation.

Other bones of contention remain. Cyber Ninjas accuse Maricopa County officials of being obstructive during their audit efforts. Allegations that voting machines were improperly interfered with and that computer files were deleted by election officials will continue to fuel suspicion.

Another curious detail is the case of supposed duplicate ballots. The accusation laid by Dr V A Shiva Ayyadurai – who claims to be the inventor of email (another disputed claim, what isn’t nowadays?) – is that a total of 17,126 duplicate ballots were counted.

This, in turn, has been ‘fact checked’ by Politifact. They state that these were not, in fact, duplicate votes, but instead duplicate ballot envelope images, which are created when election officials tried to resolve ballots with inconsistent or blank signatures.

A lingering doubt, however, remains in that the number of these supposed duplicate ballots rocketed after the polls had officially closed – or, otherwise put, when ‘they’ knew how many votes needed conjuring up to ensure a Biden victory. A comparison of signatures in samples of votes received before and after election day reveals the number of illegible signatures in the latter to be many multiples greater.

The whole thing is a deep miasmic swamp of allegation and counter-allegation. While much has been made of the proceedings, it is perhaps ultimately of little import. Maricopa County and its election results is merely one small battle in the wider war being waged in the United States.

Regardless of the audit’s results, a huge number of voters – a number far larger than a healthy democracy can sustain – remain convinced that Trump’s victory was stolen by a corrupt oligarchic elite.

It’s not as if they don’t have good cause to remain suspicious. America has a Big Tech elite which bans US presidents from its platforms but allows the Taliban to operate without hindrance. It implements algorithms which suppress any contrary narrative, seeking to control the dissemination of knowledge in the same way the medieval Catholic church sought to control the printing presses.

It has a media which refused to go near the explosive content of Crackhead Biden’s (aka ‘the smartest guy I know‘) laptops – folders’ worth of hooker videos and dodgy dealings with shady Ukrainians and Chi-coms neatly brushed under the carpet. Its sickeningly fawning coverage of Joe Biden, now clearly in the grip of severe cognitive decline, is straight from the likes of Pravda.

It has a military whose leadership colludes with the Chinese government; a blatant act of treason for which there appear no repercussions. This is the same military which was used to turn Washington into a militarised camp after the hysterical overreaction to events in January, and whose members are now subject to mandatory vaccination or thrown into prison for questioning America’s disastrous withdrawal from Afghanistan.

It has an academic, business and financial elite ruling class who are fully signed up to the toxic creeds of post-modernism, critical race theory and anti-Westernism whose choke-hold on power tightens by the day.

Vast swathes of America’s elite spent the four years of Trump’s presidency sowing discord and using every trick in the book to try to turf him out of office. Now they want the people whose democratic decision they insulted constantly for years on end to believe that they acted entirely above board on election night.

It is unlikely that a single soul has been swayed either way by the Arizona audit’s findings. Instead, as the number of those who see through the lies, trickery and deceit of America’s ruling cabal increases, the likelihood of a conflagration grows.