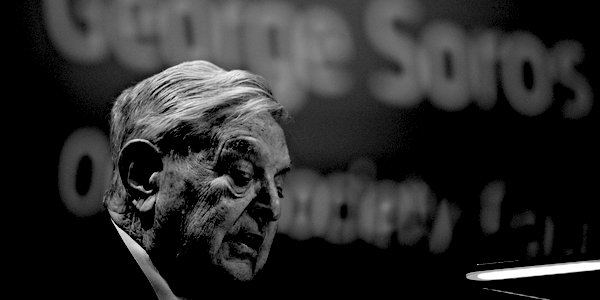 EVERY society must effectively guarantee and protect the human rights of its citizens, and to do that a fair, unbiased and accepted human rights protection system is necessary. But what happens when the system is compromised and is open to accusations of bias?

Governments should listen to the voices of those concerned and with expertise in any particular field. Where possible it can be cost-effective to use their specialised abilities. MannionDaniels, one of the largest NGOs in the UK, manages the whole of DfID’s Aid Direct Fund, and it also did the research and design for DfID’s Global Health Support programme in China.

As well as channelling aid to those in need, NGOs, with their government contacts, are increasingly active in shaping and implementing governmental policy on a nation and international level, particularly within the human rights system.

In Europe the bulwark of the system of protecting human rights is the Strasbourg-based European Court of Human Rights. A recent report from the European Centre for Law and Justice (ECLJ) reveals a disturbing connection between the court and those involved in cases before it.

Of the 100 permanent judges who have served on the court in the decade between 2009 and 2019, at least 22 are former officials of or have collaborated with seven NGOs which are highly active in cases before the court.

Of these judges, 12 are linked to the George Soros-funded Open Society Foundation (OSF) network. The Soros money is never at rest: OSF also funds the six other NGOs mentioned in the report.

Of cases appearing before the ECHR since 2009, 185 are known to have officially involved at least one of the seven NGOs. In 88 of these cases there have been judges sitting and making decisions involving NGOs with which they had links. The judges involved did not recuse themselves. During the same period, there were only 12 cases in which a judge withdrew from a case apparently due to a link with an NGO involved in the case.

In the case of Big Brother Watch v the United Kingdom, the ECHR made a landmark decision on mass surveillance. The case was brought following revelations by the whistle-blower Edward Snowden concerning the activities of GCHQ. The ECHR held that the UK’s bulk interception regime violated the right to privacy due to insufficient oversight and safeguards.

The case brought together three separate applications brought by 16 applicants in all. Of the 16 applicants, ten were NGOs funded by the Soros-backed OSF, as were six of the NGOs acting as third parties. Part of the duties of NGOs involved in human rights activity is to bring to court alleged violations in order that the courts should make a decision and clarify the law if necessary. The NGOs were acting entirely properly.

What gives rise to concern is that of the 17 judges who sat in the Court’s Grand Chamber, six were linked to the applicants and the intervening NGOs.

The old saw goes that justice should not only be done, it should be seen to be done.

Anything which calls into question the independence and impartiality of those sitting in judgement over our government, and its implementation of legislation concerning our civil and political rights, should be avoided. The courts should be above suspicion.

The actions of the judges of the ECHR go against the rules which the court imposes on the states under its jurisdiction.

Ken Clarke and Dominic Grieve, neither of them normally averse to the extension of European power, have claimed that the court fails to give sufficient appreciation to nation states’ authority and rights. This arose following the controversy when the court required that the UK liberalise voting rights for prisoners. This decision was called ‘completely unacceptable’ by David Cameron, then Prime Minister. Cameron also claimed that the concept of human rights was being ‘distorted’ and ‘discredited’ by the ECHR, because reasonable decisions made at a national level were not respected by the court.

ECHR judges are elected for a non-renewable nine-year term. The number of full-time judges sitting in the court is equal to the number of contracting states to the European Convention on Human Rights, currently 47. The convention requires that judges, as well as having qualifications suitable for high judicial office or being jurists of recognised competence, are also of ‘high moral character’.