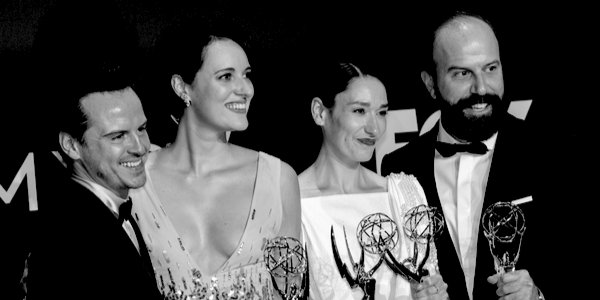 OVER Christmas I got into a dispute over the merits or otherwise of the BBC television series Fleabag, the comedy-drama created and written by posh Brit Phoebe Waller-Bridge, who also stars in the title role.

Despite the show concluding a second series last year and receiving all sorts of accolades, I had never watched it, dismissing it as more liberal nonsense from our overlords at the BBC.  But then I was informed that I was missing a funny, charming gem of a programme. Dear Reader, you can guess who got the analysis right.

Coming in late to Fleabag, I read a summary online and decided to give the first episode a go. I had to suffer a first scene, the details of which I cannot describe here, where the title character Fleabag endures a humiliating sexual experience.

It goes downhill from there. The programme is full of what the liberal writers and creators must view as ‘edgy’ – the constant swearing, the neurotic women, the frequent awkward sex scene. Ever since Girls, scenes of sexual seduction are out. That is because they contain nuance and often male persuasion and rely on the universal truth that men and women are fundamentally different.

Anyway, in the first episode of Fleabag, we had neurotic women shouting in the changing room about how much they hate their bodies and what seemed like endless humiliation of Fleabag at the hands of men.

Although each episode is only about 20 minutes long, I couldn’t finish it and I had to turn it off once Fleabag asked a bloke back to hers while on a date in the pub, he says no and she essentially begs to go to his, which he also refuses. Sure, she eventually tells him to f off, but by that time her humiliation was complete.

What woman would watch this, I asked myself? This is just misogyny on screen, but as it is written by a woman I can only assume there is some deep-seated self-hatred going on here, or it is just a very clever writer making money out of neurotic women?

I can understand perhaps why a bloke might like it: He may have sympathy for such destructive female behaviour. But why on Earth any woman would enjoy watching such dysfunction on TV, I don’t know. Fleabag is a grown woman, the Girls at least had the excuse of being in their 20s. I just can’t believe there are any women out there who would humiliate themselves in this fashion day after day, date after date.

In fact, I don’t think there is an equivalent show out there that depicts a man constantly humiliating himself before women and being generally pathetic. It would be a bit like Chandler from Friends having his own show, but without any humour whatsoever and repeatedly belittling himself and being generally contemptible.

If Fleabag, along with Girls, is indeed an accurate portrayal of the harvest of the great sexual liberalisation, then it’s safe to say the conservatives have been proven right.

These ‘modern’ mores might be better for some, but better never means better for everyone, does it? And perhaps the liberals should have had a plan in place before they decided to burn down every societal and moral norm going.

So watch Fleabag if you wish. Tinseltown loves it – Phoebe continued her awards season roll at the Golden Globes on Sunday – but I have it filed in my large folder marked ‘stuff liberal people like.’ It’s in there with Game of Thrones, Newsnight and all female newspaper review panels: Unfunny, boring and predicable.