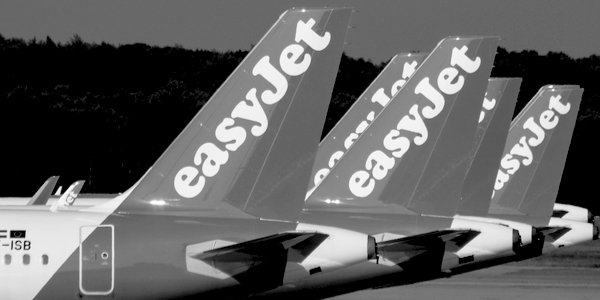 I HAD an email the other day from Johan Lundgren, chief executive of easyJet. He was keen to update me on the firm’s ‘tireless’ efforts to help save the planet.

‘I am proud to announce that we have joined the Race to Zero, a global UN-backed campaign to achieve net-zero carbon emissions by 2050 at the latest,’ he told me.

Good for you, Johan. He also informed me that in the push for sustainability, easyJet flight crew uniforms are now tailored with yarn made from recycled plastic bottles.

I couldn’t help laughing as a picture came in my head of a flight attendant pushing the drinks trolley down the aisle wearing a tabard that used to be a container for two litres of Diet Coke.

However, when Johan referred me to a link on the easyJet website, I wasn’t so amused. It asked: ‘Have you ever imagined boarding a plane that’s powered by electricity or hydrogen? Well, we’re looking to make that a reality.’

Er, well, how can I put this, Johan? No, I’ve never imagined such a thing. A thousand times no. Not in my worst nightmares.

I hate flying at the best of times. However, despite categorically not being an expert, I have a basic knowledge of how modern fossil-fuelled jet engines work and I’m always moderately confident that they’ll get me where I’m going in one piece.

Yes, I know they occasionally conk out for various reasons, or suck in the odd bird or two.  But generally they are superbly reliable. Jet planes now routinely fly 8,000 to 9,000 miles non-stop, day in, day out, without a hitch.

By contrast, whenever I hear the word hydrogen in relation to matters aeronautical, I invariably think of the Hindenburg airship disaster. I know hydrogen was supplying its lift and not power, but it gave the gas a bad name.

As for an electric-powered plane, I think of my cordless drill. The battery doesn’t run down gradually, but suddenly stops in mid-rotation.

There was no mention from Johan about who’ll be at the controls of these future ‘zero-emission’ flying machines, but an even more terrifying thought leapt into my head. Could they, God forbid, also be pilotless – a prospect I’ve already greeted with dread?

I admit that all the foregoing can be seen as just my crazy, irrational, technophobe, Luddite obsession. But it seems crazy to me to throw away a century of progress in developing jet engines for an inevitably massively expensive and inferior substitute. It’s the aviation equivalent of dumping gas boilers for heat pumps.

As I said, I’m no expert, but I bet jet engines could be made more eco-friendly, efficient and cost-effective at a fraction of the price of building ‘zero-emission’ systems.

So thanks for the message, Johan, but don’t go booking me a flight. You wouldn’t want an old fogey in the window seat next to the emergency exit, worrying the other passengers by muttering: ‘If it ain’t broke, don’t fix it.’